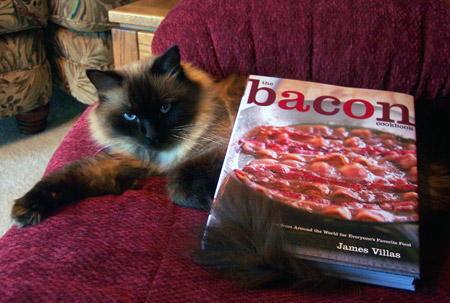 Now let us never speak of it again.

In all the craziness and hullabaloo about me blowing up my site and subsequently flailing about like a moron for a month about it, I’ve gotten behind in my publicity duties to other authors, namely in organizing my schedule of Ficlet appearances for the lot of them.

So: If you’re an author and/or a publicist and you’ve contacted me in the last, oh, six weeks or so about a Ficlets appearance, and it’s appeared that I’ve fallen down a big cone of silence, won’t you please ping me again so I can get you on the schedule? I’d like to try to get this running smoothly again. Sorry for my total lack of competence in this regard.

Note to Jeff Somers, Margo Lanagan, Brandon Sanderson and Kristine Smith: Don’t worry, I see you and will be pinging you soon.

Also, of course, if you’ve got a book coming out between now and the end of the year that you’re itchin’ to have promoted on Ficlets (and here, since I always announce new author bits here), go ahead and send me an e-mail and we’ll see what we can do.

This arrived in the mail today: 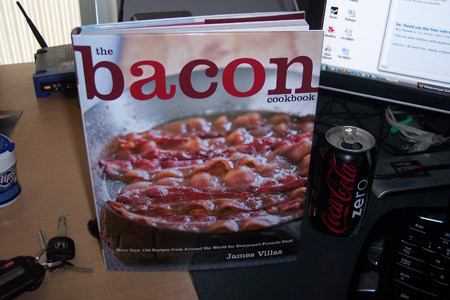 Which caused me some confusion because, well, I didn’t order it. Turns out it’s a gift from Whatever reader Tania, who writes: “This is the year of the pig, you are a noted bacon aficionado, and Epicurious gives the cookbook a good review, so why not send the book? Enjoy!”

Oh, I will, Tania. You needn’t worry about that. For the rest of you who are curious about the book, here’s the Amazon page for it. It even comes with dessert recipes, which you might think go a little beyond the pale. But I can admit that, yes, I once tried to make a dessert out of bacon: I created a maple and brown sugar bacon pie. It did not turn out well. But hope springs eternal.

In any event, thank you, Tania. This book will be loved in Scalzi household, you can be assured.

If anyone else wants to send me anything, this would be appreciated. And this. And this. I thank you in advance.

Let’s see what happens this time:

Update: Hmmmmm, apparently not without totally screwing up the site. Let me go get a plug in.

Okay, this is interesting. Because I have AdBlock Plus on my Firefox install, anytime I edit this, it inserts the AdBlock plus code into my entry, which screws the coding. Fascinating.

Solution: Edit entries with embedded video in IE. I know IE was good for something!

Incidentally, I didn’t add a plug-in; I just clicked the checkbox that allows WordPress to correct invalid XHTML code. Just in case you were wondering.

This says something about our changing culture:

Developed by the WGA and spearheaded by the guild’s New Media Caucus “to encourage storytelling excellence in videogames, to improve the status of writers, and to begin to encourage uniform standards” within the gaming industry, this new award aims to spotlight a wide range of quality work by videogame writers, raising their profiles and validating their contributions to this rapidly maturing medium.

Now, bear in mind that WGA has a nefarious background plan here, which is to gain new members from the video game world of things, and to extend its influence into that area. That said, it’s nice someone is going out of their way to point out something which should be obvious, which is that good writing matters to games and will become even more important the more certain games leave the “twitch and shoot” school and develop real stories and have genuine objectives for their narratives.

Also, I would personally nominate Marc Laidlaw for this, since, as I’m fond of saying, the Half-Life games are ones I re-read on a frequent basis, and I’m itchin’ to see what happens next in Half-Life 2: Episode 2. Indeed, I’m more excited about the story there, then I am for the story of any upcoming film or TV show I can think of. That’s what good writing does for you — and, to tie in to yesterday’s Funky Winkerbean musing, reminds us that good writing can come at you from any angle.