The thing about monkeys is, they’re everywhere. 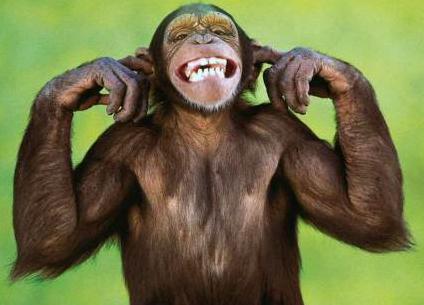 When this is over, you may not want to hear about the monkey theory, but I just have to put it out there.

Everyday –every day- you will have a monkey sighting. You’ll see a picture of a monkey, someone will say “monkey,” you’ll hear a monkey noise, whatever. There are monkeys everyday. If you miss one, don’t worry about it; there will be others.

A friend told me about the monkey theory five years ago. I’ve seen monkeys every single day since then. Usually several monkeys throughout the day. I can’t escape them. Now, you can’t escape them either.

Oh, there will be contrarians among you. Some will say this is ridiculous; that there can’t possibly be a monkey every day. I’m telling you there are. There will even be those who come back here to the comment thread tomorrow, only to say, “See? I didn’t have a monkey sighting all day yesterday.” To them I say that denial is not just a river in Egypt. You may consciously avoid monkeys now; but tomorrow, next week, and forever more, when you’re not thinking about it, they will be everywhere.

On a somewhat related note, I mentioned previously that while I don’t have a cat, I do have friends with cats. Thus, I present Charles. And his monkey. 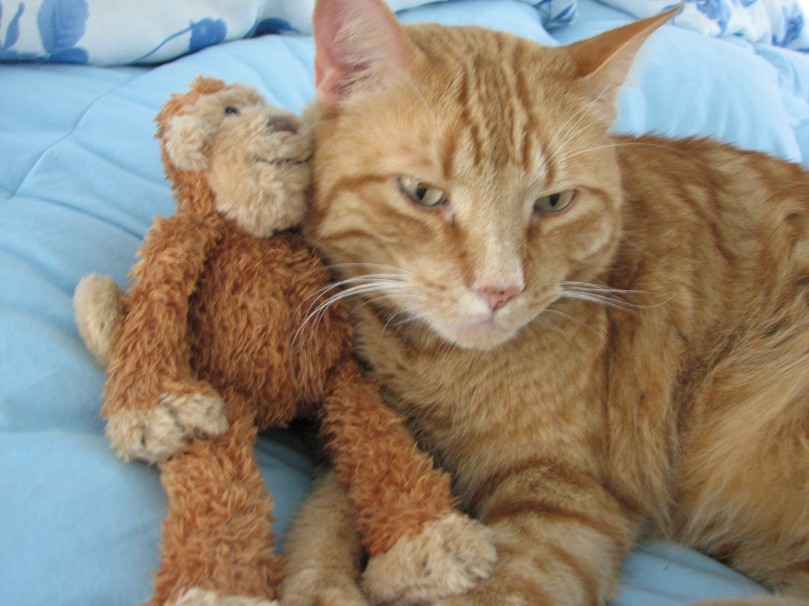 Please don’t curse me for opening your eyes to all of the monkeys. When you relax and accept it, monkeys are kind of fun. As the Barenaked Ladies sang in If I Had $1,000,000, “Haven’t you always wanted a monkey?”

Allow me to take you on a journey of my little quirks which only present themselves while behind a computer screen.

During my World of Warcraft days, it took effort not to refer to myself in the third person.

When you emoted in game as much as I did, the language of the game wanted to rewrite my thirty years of proper communication. Luckily, it didn’t happen very often.

Then came the Battlefield series of games. No flag pole in my town was safe from the thought that I must first change the colors and defend it with my life. It was only when the Old Glory was in my rear-view mirror that I snapped back into reality.

Then came the incredibly lucid dreams from which I could not wake. Instead of experiencing any game with a buffer of keyboard and screen, my horrifically calculating subconscious placed me in the stories. There I was, decapitating zombies with the pull of shotgun trigger or wiping Boomer bile off my clothes. Other dreams included following behind a heavy from Team Fortress 2 and hitting invincibility with my medic gun, only to be stabbed in the back by a spy or set on fire by a fire happy pyro. “You did well!”

Borderlands presented a different crazy; chests. No, not the pretty bosoms of Lilith or Mad Moxxi. I had to open every single locker, washing machine, lunch box, toilet and treasure box the game put in front of me. Conversations like this were common fare when playing co-op with friends:

“Uh, I don’t know, she was here a minute ago. We gonna fight this monster or what?”

“Oh sorry guys,  I was trying to get to that red chest up on the ledge. I sorta fell.”

Mass Effect and the sequel presented a clear case of OCD with planet visits and scanning for resources. I pretty much strip-mined every planet that I came across. There were moments where I felt guilty, wondering if I’d get a message across my screen that the citizens of a raped world were coming after my ass, but alas, there was no penalty in the game for being greedy.

Kate will not speak about Torchlight though. (Dammit!) That game just enables treasure compulsion on so many levels. There is an actual achievement for breaking as many barrels you can.

I hate you video game developers.

So tell me I’m not alone in my video game neuroses. Have you ever experienced anything similar? Has any game left you frustrated that you didn’t complete all the available quests? Do you feel compelled to play through a game more than once?

The Doctor is in.