I’m not particularly persuaded by her argument. I am neither here nor there with her opinion that she is crazy; she may be, and I have no reason to doubt her self-assessment. But I don’t buy the argument that being crazy means that you are inherently more interesting as a blogger than the average neurotypical human being. I know a fair number of people with diagnosed mental disorders of one sort or another; as a class, they are no more or less unfiltered, honest or entertaining than anyone else. Conversely, I know a fair number of people who pass for “sane” who are perfectly happy to be — depending on one’s perspective — either the guy who’s just saying what everyone’s thinking, or the guy who delights in dropping the turd in the punchbowl. Likewise, speaking as someone who’s done his share of ridiculous things simply because he felt like it, being diagnostically mentally disordered is not a prerequisite for such behavior.

It’s possibly more accurate to say that Ms. Breslin is as crazy as she says she is and she’s also gleefully unfiltered. Good for her; I hope both bring her joy. But as far as her thesis is concerned, the only thing I think she’s 100% correct about is that no one wants to read your blog if you’re boring. You don’t have to be crazy not to be boring. You just have to be not boring. 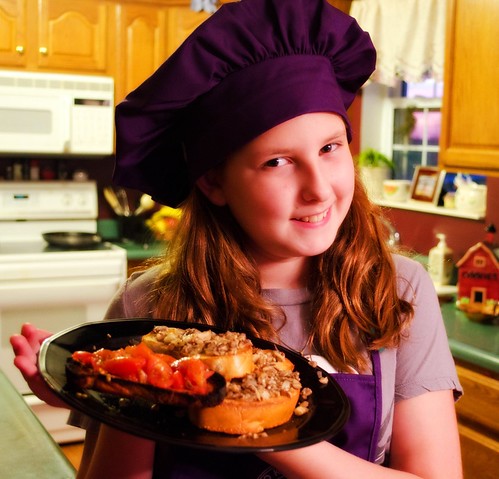 Two different kinds of bruschetta, one the traditional sort with tomatoes, the second with wild mushrooms. Here, the chef shows off her plating skills. Not too bad. The food was mighty tasty as well. Inasmuch as I can scorch boiling water, Athena’s aptitude with food no doubt comes down from her mother’s side. This works for me. 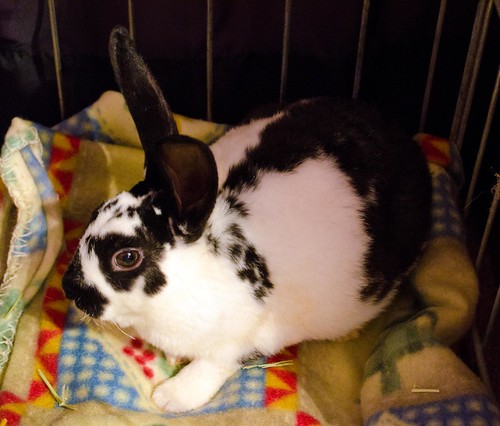 Athena’s having a hard time coming up with a name for the bunny, so I asked her if she’d like to crowd source it to you folks, and she said, yes, thank you, that would be lovely.

So: Any ideas on a name for this bunny? Note that “Rorschach” has already been rejected.

Athena thanks you in advance for your efforts on her behalf.