I’m a lucky bastard, and sometimes it annoys me when people don’t acknowledge that fact. 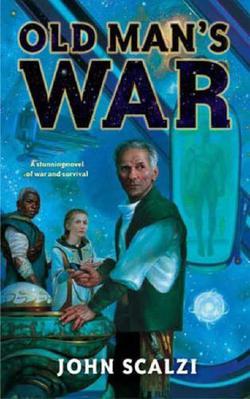 In most cases they mean well, because most discussions of luck around me come up in the context of my fiction career, when I note that I got lucky when Old Man’s War, my first published novel, was not only plucked from online obscurity by Tor Books but then became one of the big science fiction books of its year. This precipitates comments suggesting it wasn’t about luck at all, and that I shouldn’t underestimate my own efforts/skills/timing or whatever. My response, aside from thanking these folks for their upvote, is point out that of all the writers currently practicing the craft, in the science fiction genre or out of it, I really am the last one who needs to be reassured of his skills and talent. I’m good at what I do, both in writing and in marketing myself. Trust me when I say I’m not running down my skills or abilities. Indeed it’s because I am not notably neurotic about those things that I can say, with a full, clear and reasonably objective point of view, that aside from anything else in my life, I have been lucky. Extraordinarily so. It does nothing to minimize what I have done purposefully in my life to acknowledge that fact and to be grateful for it.

What is luck? At the end of the day, it’s the good things that happen to you that you simply don’t or can’t control. Stepping away from a curb the second before a car you didn’t see barrels right over where you just were. Finding a $20 bill on the sidewalk. Stepping into a restaurant for a bite to eat and seeing an old friend you lost contact with years ago just before she steps out the door. These are all some obvious examples of luck. It works the other way too; you can step toward a curb just as a car you didn’t see plows into it and into you; then you are unlucky.

In either case the event is not something you consciously or purposefully controlled. You can argue left and right about how much “luck” has to do with any particular event: In the case of me getting lucky with Old Man’s War, I still wrote the book, and I still had, for the time, a robust presence online which meant it had a better chance to be seen than perhaps other similar novel presented online would have. Both of these had a significant impact on my luck. Be that as it may, ultimately I had no control over Patrick Nielsen Hayden going to my site, reading the entire novel on his own time, and deciding to make an offer on the book outside of the usual submission channels. Had he not decided to do just one of those things (and particularly the last one), it’s pretty obvious that my life would be a different one than I have now.

However, this is not even the best example of what an incredibly lucky bastard I am. The best example is me meeting my wife. Many of you know that I met my wife in 1993 when I was doing a feature story for the newspaper I was working for at the time. The story was on a local DJ; I followed her around all day, including to a gig at bar, at which Krissy and her friends chose to show up, and at which she saw me dancing with someone else and decided to approach me later that evening. We then danced several times that night and than made arrangements to see each other again, and everything went from there. It’s a nice story.

Here are some things to consider:

2. The bar we did meet in was in a city that neither Krissy nor I lived in; she and her friends went to that bar specifically because they liked the DJ. I don’t think I had actually ever been in that city before that night. If it hadn’t been for the specific DJ, doing that specific gig on that specific night, I wouldn’t have been there, and I wouldn’t have met Krissy.

3. Even if Krissy had decided to go to a bar in my town one night, I don’t drink, and as a result, outside of science fiction conventions (which I did not go to at the time, nor did Krissy), I never go to bars. If I had not been doing this particular story, which occasioned me being in a bar for work, I wouldn’t have met Krissy.

4. If I had decided that being on job meant I couldn’t do any dancing, Krissy wouldn’t have seen me on the dance floor and become interested in meeting me. And then I wouldn’t have met her. Note, incidentally, that asking random women to dance is not what I usually did at the time; in fact, I’m pretty sure that night was the only time I’d ever done it.

5. Krissy tells me that she saw me because she was getting a drink at the bar and I happened to be dancing at that time. If I had decided to skip that particular song — or if the random woman I had asked to dance had decided not to dance with me — Krissy wouldn’t have seen me, and given how crowded the bar was that night and the fact she was with friends and probably would have spent most of her time with them had she not seen me on the dance floor, it’s entirely possible we would not have met.

If you add all this up, the odds of me having met my wife, given who I was, where I lived and what I usually did with my time, are so infinitesimally small as to be almost completely non-existent. Pretty much the only chance I would have ever had to meet her was that one time, that one night. You know, there’s a word for meeting one’s lifelong love on the single night in either of your lives that you would have ever had the chance to meet. It’s called “luck.”

When I want to drive myself hair-pullingly crazy, I think about all the ways it would have been so easy not to have met my wife. And then I call up my wife and tell her just how happy I am that she’s in my life, and that I love her and that when she comes home I’m totally gonna rub her feet.

So when I tell you that in my life I have been blessed with an extraordinary amount of luck — more luck than one person should probably have, in fact — don’t rush to assure me that luck has nothing to do with where I am in life today. I do appreciate the thought, to be sure. And I know you mean well. But I know the truth. I’m a lucky bastard. I’m thankful for it.

(P.S.: Wanna hear the first song Krissy and I ever danced to? Go here.)