The Thanksgiving Advent Calendar, Day Six: Being a Goofball 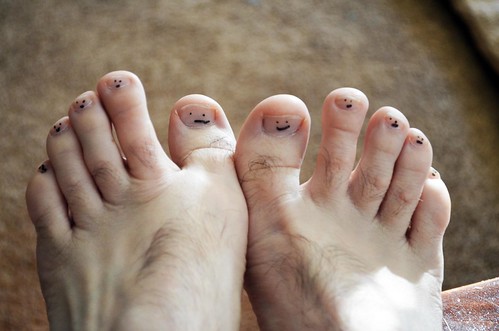 I have never once been cool. Being “cool” means, among other things, having a certain sort of unapproachable distance, of holding yourself at a remove, and of projecting an aura of mystery and even dignity — even when (hell, particularly when) you’re not trying to do it. I know people who are cool; indeed, I somehow managed to get married to one, since my wife projects a force field of cool that turns people into babbling idiots around her. She’s not making an effort to be cool, mind you; it just comes naturally. I suspect one may not be able to teach it. It’s fun to watch what it does to other people. But it’s not me.

When I say I’m not cool, you must believe me when I stress I say this not out of personal disparagement. I don’t consider being not cool the same as being uncool. It’s more of a reflection of my own personality in regards to the checklist of what it takes to be cool. As examples, anyone who has seen me live and in the flesh knows I don’t do “aloof” well, and while it’s certainly true my personality projects many things, “mystery” and “dignity” are not two of the words which spring immediately to mind.

So what am I? Well, and with full awareness of McKean’s Inversion here, what I am, fundamentally, is a bit of a goofball. What that means is that both personally and publicly I like to do silly things that are not particularly the things one would do if one is interested in projecting a demeanor of calm and quiet dignity, and I do them without a huge amount of self-consciousness; I just do them as part of my everyday life. For example, when I thought this morning about writing on being thankful for being a goofball, I wondered what picture I could use to symbolize that. Then I looked down and saw my toes, which yesterday I had inked smiley faces onto because it seemed to me I should have happy feet. And I thought, ah, yes, that will do just fine.

Being a goofball isn’t the same as being attention-seeking, although of all the people in the world, I should be the last one to deny attention-seeking tendencies. Certainly many of the goofball things I have done have gotten a fair share of traction out there. But even when you’re not around, I’m doing these things. Not every silly thing I do, think or say makes it out into the world. Not even a majority, in fact. You did not previously know, for example, of the theme songs I have composed for my pets, which I often sing when they enter the room. Because, obviously, pets need theme songs.

Yes, yes, you say. You’re a goofball, Scalzi. This is not precisely a surprise. But why are you thankful for it? Well, aside from that it simply makes me happy to be a goofball, and in one’s life one should be what one actually is, there’s also the fact that, professionally speaking, being a goofball has really worked out for me. I submit to you that no one but a goofball would have written a novel which begins with someone farting someone else to death. Or a story that imagines Hitler killed by suffocation in gelatin. Or a story where yogurt takes over the world. Now, it’s true that being a goofball alone would not have sufficed to make those stories work; there’s some skill involved there. But being a goofball means that I didn’t say to myself “no, that’s just stupid,” when I first thought of those ideas. You know what? Maybe they are stupid. But it doesn’t mean there’s not good stories in there somewhere.

But mostly I’m glad because it makes my life fun. Walking around with toenails that have happy faces on them serves me no particular benefit other than that it amuses me to know there are happy faces on my toes. But that’s not insignificant. I can be a moody bastard; I do think it’s part of the territory of being a creative person. If you’re going to give yourself permission to be a moody bastard, however, I think you should also give yourself permission to swing in the other direction, and connect with joy — or if not joy, then simple amusement for amusement’s sake. The nice thing about inherently being a goofball is that I’m so used to doing goofy things that I don’t have to spend a lot of time giving myself permission to do them. The goofy stuff just gets done.

Being a goofball makes me happy; it’s also been good for my career, and that makes me happy too. I will never be cool, but then as a middle-aged science fiction author who plays the ukulele, well. Let’s just say I came to terms with that a while back. I will survive, and I’ll have fun. And I’ll be thankful that being a goofball has gotten me this far. I like where it’s taken me.

37 Comments on “The Thanksgiving Advent Calendar, Day Six: Being a Goofball”