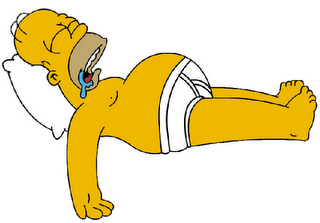 I’m not going to lie to you: I loooooooove sleep.

In fact, I may love it too much at this point. There’s a quote I use a lot these days, which when I heard it was attributed to Johnny Depp, but may have come from somewhere else, on the subject of sleep. It says that you know you’re getting old when you talk about sleep like you used to talk about sex. As in, “Oh my GOD, I had SUCH FANTASTIC SLEEP last night. It was AMAZING. And it WENT ON FOR HOURS. And then, when I was done, I DID IT AGAIN.” Yes, that’s me. And I don’t care who knows it.

But it’s not just a getting older thing with me. I’ll note that I was always an aficionado of sleep. As anyone who knows me and they will tell you I’ve always been a world class sleeper. Cats are my models — if a cat sleeps twenty hours a day, it considers that a day well spent. It’s a philosophy that I find hard to argue with. For most of my 20s and 30s I had a motto: “AM is what happens to other people.” It was a fine motto.

And unfortunately not one I subscribe to anymore. One reason is entirely practical: Someone has to take the daughter to school, and sometimes that person has to be me. The school, for some unfathomable reason, looks askance at me dropping her off at 1pm. I’m pretty sure Athena wouldn’t mind starting school at 1pm. They haven’t given us a vote on that. Fine.

The other reason is more existential: As I get older, my sleeping habits are changing. When I was younger, sleeping until noon and having my prime creative time from midnight to 4am worked perfectly for me — and when Athena was a baby, was actually an excellent thing because it meant I could take the night shift feedings and let my wife, who had a normal working schedule, get something close to a full night’s rest. But as my mid and late 30s rolled around, so did my sleeping schedule, and so did my prime creative time. These days when I’m writing a novel, the hours of 8am until noon are the ones that work for me, because I’ve had a full night of sleep and my brain is not yet crammed with e-mails and tweets and blog posts and phone calls and what have you. Now AM happens to me, damn it, and there doesn’t seem much I can do about it. I suppose I could try writing a novel on the night shift again. I wouldn’t guarantee the results.

This also means that these days I’m often in bed at 10pm and am progressively less likely to be awake when 11pm rolls around, much less midnight. In my mind these are “old people hours,” but then again, in a world filled with DVRs and on-demand streaming, what, exactly, do I have to stay up for? Jon Stewart is just as funny at 7:30 am as he is at 11pm — maybe even more so because I’m not sitting there with my brain on the “duuuuuuuh” setting, blinking slowly and trying to process the humor. I could stay up, in a misguided attempt to be one of the cool kids who makes it to midnight, but remember, I actually like sleeping. I’m not planning to run from it.

And what do I like about sleeping? I like how it feels, for one; I think some people are completely insensate when they are asleep, but that’s not how I am. I’m generally warm and comfortable and happy, and who doesn’t like being warm and comfortable and happy? (I know, I know: Emo kids. Their problem, man.) For another thing, I like dreaming; I’m one of those lucid dreamers you occasionally hear about, so I’m generally pretty engaged in what’s going on in my dreams. It’s also why I’ve never had a nightmare; when things start getting too weird, I say “that’s enough of that,” and then they’re done. I also do that with really boring dreams. It’s a good skill to have.

A third reason is that I find when I have a problem, whether related to writing or something else, I find that if I sleep on it, my subconscious does a lot of the heavy lifting of solving the problem. So when I wake up and bring it around again, as often as not the problem is solved or is at least sufficiently deknotted that I can get the rest of it with my conscious brain. This is really an incredibly useful thing and I honestly think one of the secrets to my success, because less time consciously problem-solving issues with writing means more time actually writing. I recommend it to everyone. Try saying “Brain, while I sleep I want you to think about [x]” before you drift off. Maybe it sounds stupid as you’re saying it, but you know what? Works for me. Maybe it’ll work for you.

My point here is that not only do I like sleep for its recreational and restorative purposes, but I’m also thankful that it seems to be working for me, too. I hope it continues to. Because, you know. I’m going to be sleeping anyway. And when I’m done sleeping, I’M TOTALLY GOING TO DO IT AGAIN. 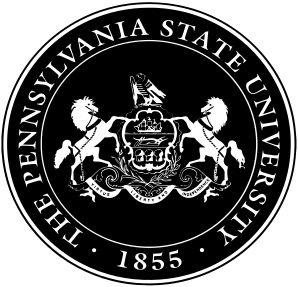 These things should be simple:

1. When, as an adult, you come come across another adult raping a small child, you should a) do everything in your power to rescue that child from the rapist, b) call the police the moment it is practicable.

2. If your adult son calls you to tell you that he just saw another adult raping a small child, but then left that small child with the rapist, and then asks you what he should do, you should a) tell him to get off the phone with you and call the police immediately, b) call the police yourself and make a report, c) at the appropriate time in the future ask your adult son why the fuck he did not try to save that kid.

3. If your underling comes to you to report that he saw another man, also your underling, raping a small child, but then left that small child with the rapist, you should a) call the police immediately, b) alert your own superiors, c) immediately suspend the alleged rapist underling from his job responsibilities pending a full investigation, d) at the appropriate time in the future ask that first underling why the fuck he did not try to save that kid.

4. When, as the officials of an organization, you are approached by an underling who tells you that one of his people saw another of his people raping a small child at the organization, in organization property, you should a) call the police immediately, b) immediately suspend the alleged rapist from his job responsibilities if the immediate supervisor has not already done so, c) when called to a grand jury to testify on the matter, avoid perjuring yourself. At no time should you decide that the best way to handle the situation is to simply tell the alleged rapist not to bring small children onto organization property anymore.

You know, there’s a part of me who looks at the actions of each of non-raping grown men in the “Pennsylvania State University small-child-allegedly-being-raped-by-a-grown-man-who-is-part-of-the-football-hierarchy” scandal and can understand why those men could rationalize a) not immediately acting in the interests of a small child being raped, b) not immediately going to the police, c) doing only the minimum legal requirements in the situation, d) acting to keep from exposing their organization to a scandal. But here’s the thing: that part of me? The part that understands these actions? That part of me is a fucking coward. And so by their actions — and by their inactions — were these men.

At least one sports columnist has made the point that Joe Paterno, the 40+ year coach of Penn State, who was fired last night (along with the university’s president) by the university’s board of trustees, should be remembered for all the good things he has stood for, and for his generosity and principles, even as this scandal, which brought his downfall, is now inevitably part of his legacy as well. And, well. I suspect that in time, even this horrible event will fade, and Paterno’s legacy, to football and to Penn State, will rise above the tarnishment, especially because it can and will be argued that Paterno did all that was legally required of him, expressed regret and horror, and was not the man who was, after all, performing the acts.

Here’s what I think about that, right now. I’m a science fiction writer, and one of the great stories of science fiction is “The Ones Who Walk Away From Omelas,” which was written by Ursula K. Le Guin. The story posits a fantastic utopian city, where everything is beautiful, with one catch: In order for all this comfort and beauty to exist, one child must be kept in filth and misery. Every citizen of Omelas, when they come of age, is told about that one blameless child being put through hell. And they have a choice: Accept that is the price for their perfect lives in Omelas, or walk away from that paradise, into uncertainty and possibly chaos.

At Pennsylvania State University, a grown man found a blameless child being put through hell. Other grown men learned of it. Each of them had to make their choice, and decide, fundamentally, whether the continuation of their utopia — or at very least the illusion of their utopia — was worth the pain and suffering of that one child. Through their actions, and their inactions, we know the choice they made.