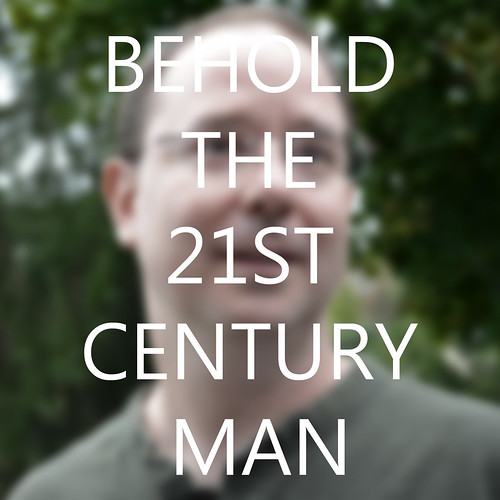 There’s no way to note this without appearing just the tiniest bit morbid, so I’ll come right out and say it: One day, I will be dead. Indeed, if you are reading this in the future (and one day, you may just be!) I may already be dead. In which case: Uh, hello, future. I hope you’re enjoying your personal rocket packs, which I never got, you lucky bastards. But that’s okay, because so far, when I lived and where I lived was not bad for me in the slightest. In fact, for someone like me, it was (and to get back to the current time, is) a pretty good time to be alive.

It has its problems. Right now the US is in a severe money crunch and something that we’re being told isn’t an actual depression but is about as close to one as anyone under the age of eighty has ever experienced. Class divisions are as stark as they have been in the history of our country. We’re in an extraordinarily partisan political environment that’s paralyzing our governments, federal and state, and we’re about to gear up for an election year that promises to rival the presidential elections of the early 1800s in terms of sheer nastiness. And then there’s the rest of the world. Oy.

It’s a mess. But it’s never not a mess. This is not to discount the problems we have now — please, let’s not — but it is a reminder that every time and every generation has its crises and its troubles. In my own lifetime of 42 years to date, troubles in the United States these have included the Vietnam War, Watergate, oil embargos, stagflation, recessions, the cold war, the rise of the national debt, climate change, 9/11, the Iraq and Afghanistan wars and banking crisis. That’s nothing compared to the 40 years before I was born, mind you. But it’s enough to make the point that whenever you live, one’s world and one’s nation will be beset by challenges. We’re humans. This is what we do.

I note this to acknowledge the fact this time and place are not perfect. I do what I can to help it become what I see as more perfect, while knowing it’ll never get there in my lifetime or (judging from the history of the world) in the lifetimes of probably the next hundred generations to come. Perfection is probably not the point for humans anyway; the working toward it is. It’s like the speed of light: something you’ll never reach no matter how much energy you put into it, but still worth getting as close to as possible because of the things you’ll learn by doing so.

So: not a perfect time. But is it the right time for me? I think so. Part of this is entirely practical: this is the time of three “A”s: Air conditioning, antibiotics and anesthesia, all of which make life longer and more pleasant. It’s also the time when I walk around with a computer that fits into the palm of my hand that lets me access information from the entire span of human history, more books, music and moving entertainment that I could read, listen and see if I had seven more lifetimes, and which allows me to communicate, instantly and cheaply, with friends on the other side of the planet almost as easily as if they were in the room with me. I live in a time where I can make a living, sitting in a room in my house, typing.

Part of this is transitional: I live in a time where human rights, while being contested as they always are, are more widely spread than at any other point in history. Technology is making these rights all but unavoidable, even as it equally offers up new challenges to issues like privacy and government intrusion. I am living in a time where I get to see people who were denied their right to care for each other like any others gain those rights, and in that struggle help the rest of us become better people ourselves. I live in a time where we’re finally becoming serious about weaning ourselves from oil and all the attendant political and social baggage that dependency has required from us. I mean, holy crap, General Motors offers an electric car — for real this time. It’s not to say that transitions solve problems — every change brings up new issues and challenges. But I like that these changes are happening now, and am happy to accept the idea that change does not equal “and now we never have to think about any of this ever again.”

Part of it is personal: I like the people I know now. Living in any other time and any other place would mean different people in my life. I don’t doubt that I would be able to find good people with whom to live my life — but it wouldn’t be these people, and my life would be different, and to a non-trivial extent, I would therefore be different as well. I’m grateful that living now has led me to my wife, and has resulted in my child, both of whom I cannot imagine my life being improved without, no matter who else could theoretically replace their roles. I can’t imagine wanting to be without the other people that I love, who live here and now. These are the right people for me. They exist now and only now, here and only here.

Living now means I won’t live later, which is more than a little annoying for a science fiction writer, who spends so much of his time imagining people, places and times in the future. It’s also a little depressing for someone who likes being alive, and conscious, and engaged in a world with so many interesting things about it. I like everyone once held out the hope that before I shuffled off that they’d find a way to make people live forever. They have not, but this is not necessarily a bad thing. I probably wouldn’t turn down the opportunity to live longer (and healthier, and better, and with more hair and less saggy chin, please), I don’t really expect to live forever, nor do I ultimately see the wisdom of cursing this planet with the same static seven billion people. There’s also the pertinent point my friend Mykal Burns brought up several years ago when I asked him if he wanted to live forever: “Why would I want to live forever? I get bored now.”

I won’t live forever. I will die one day, and there will be many things many people will experience — both good and bad — which I never will. That’s the deal. It is biologically speaking the reason you have kids, so that part of you goes on even if you don’t. Socially speaking, it’s why you make an effort to raise your children to be intelligent and active people, engaged in the world, so that their world, for the time they are in it, is one they are happy to be in. It’s why we as humans continue to try to make the world better, so that humans, whether specifically our children or not, will continue on. By the activity in our own lives, we implicitly accept that we will not last.

I will not last. But right now I am here, and I am thankful that I get to be here, now. To you people of the future, who might read this after I’m gone, I envy you the things that you get to see and do that I will not, the people you will know and the places that you will go, both here and — who knows? I am a science fiction writer — elsewhere. But know this: By not being here where I am, when I am, you missed out on a lot, too. These were and are exciting times to live through, with some of the best people you could hope to meet.

I wish you could have known them, the times and the people, as I do. I am sorry that you will not. But I hope that in your time, in your place and with the people you know and hopefully love, that you are as thankful for them I am with mine. If you are, then that is something we can share, no matter what else separates us. I hope you feel it.

Happy Thanksgiving, now and then.