Neil Armstrong and Futures Past 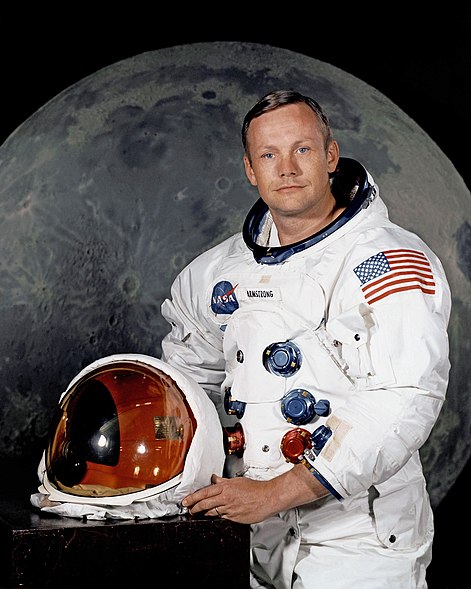 I was two months old when Neil Armstrong landed on the moon and 43 when he died, and inbetween those two events the future changed. When Armstrong landed, a human future in space seemed inevitable — we’d landed on the moon, after all. How long could it possibly be until we had moon colonies, space stations where thousands lived, stuck by centrifugal force to walls which were their floors, and a second space race to Mars? Why, not long as all, it seemed, and so I lived the first decade of my life breathlessly waiting for the moon colony and all the rest of it. And also drinking Tang because, hey, I wasn’t quite ten, and Tang was pretty awesome when you’re that age.

Four decades on, we never did get the mechanistic, physical future required for those moon colonies and space stations. In point of fact that future was expensive, and once the “landing on the moon” bragging rights were taken by the US, we apparently lost interest. Gene Cernan was the last man on the moon, and he left that orb in December of 1972; we’re coming up fast on the 40 anniversary of his departure, and more people seem to know about the Mayan Apocalypse than that particular anniversary. Yes, it makes me sad.

I don’t mind too much the future we’ve gotten so far. I like the Internet, and my cell phone, and my television bouncing to me from space, and all the other things that have come from what has essentially been the less expensive path of least resistance. I think the things that NASA has done with its robotic craft, which are now on Mars and over Mercury and pushing through the heliopause at the very edge of interstellar space, are nothing short of miraculous. This future has been pretty good for me. But I don’t think this future had to be exclusive of the future that Neil Armstrong seemed to herald, and for which he was our icon; maybe we could have had both, had our will to go to the moon been matched by a will to stay and build there.

We can still go back to the moon, of course. We can still go and build and stay and use the moon as our first stepping stone to other worlds. Anything is possible. But for me Armstrong’s death forever closes the door on a certain possible path the we could have taken, the one where that first small step and giant leap was not essentially taken in insolation, but was followed by another step and another leap, followed by another, and so on, one right after another, without pause and without interruption. Even when or if we return to the moon, we will never live in Neil Armstrong’s future.

I wonder how Armstrong himself felt about that. He lived down the road a piece from me; people I know had the honor of meeting him and described him, in so many words, as one of the best of men. Back here on Earth he did not seem to go out of his way to call attention to himself, and while he encouraged people to keep alive the spirit of exploration and service that he exemplified, it doesn’t seem that he spent a lot of time beating a drum in public. For all that, I read that when he was 80, he volunteered to be the commander of a mission to Mars, should anyone want him for the job. I would guess he wanted to live in Neil Armstrong’s future, too. I’m sorry for him he didn’t get to.

120 Comments on “Neil Armstrong and Futures Past”