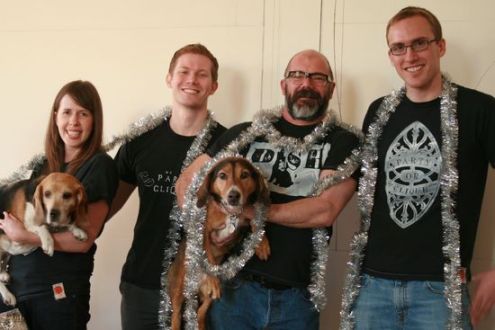 There’s some excitement and/or consternation on the Internets in the last day or so regarding writer and blogger Andrew Sullivan’s decision to go indie with his blog, taking it from the confines of The Daily Beast, where it had resided for the last couple of years (with The Atlantic’s site being its home prior to that, and — memory starts getting hazy here — Time’s site its home before that) and testing the waters of a $19.95 subscription fee. As I understand it, everyone will be able to view the site’s front page, but if the post continues past the front page, you’ll need a subscription after the first few hits.

As an example of how everything old is new again, in December 2002 I wrote this about Andrew Sullivan doing a fund drive on his site and asking readers to support him to the tune of — you guessed it — $20:

Sullivan held a pledge week for his blog last week, saying in essence that if a certain small percentage (1% or so) of his readership didn’t kick in $20 a year, he’d roll up his blog and go back to writing articles for people who actually paid him money. Apparently the threat worked, since Sullivan is going to announce later this week that he’s cleared enough in contributions to keep his blog going.

A number of anti-Sullivan types have gotten themselves into a tizzy about this, but I’m really hard-pressed to see why. Like Sullivan, I’m a professional writer; I get paid to write. Therefore I can’t see what possible reason one should have against a writer getting paid. Sullivan’s had the benefit of seeing how other various revenue models have worked online, and he’s trying one that allows maximum choice for the readers and doesn’t require every single reader to consider paying.

So if people want to voluntarily pay Sullivan money, why should anyone else care? His not-so-subtle threat that he’d pull the plug might have seemed unseemly to some, but if the man doesn’t get paid for his writing, he doesn’t eat. If he can get some portion his audience to support the blog he enjoys writing and they enjoy reading, more power to him.

Having said that, I don’t think the average Joe Blogger should start thinking that Andrew Sullivan’s success extracting cash from readers is going to translate to a blogoverse-wide rain of money. Very few bloggers have Sullivan’s audience, and even he is smart enough to realize that he’s lucky if he gets 1% of his audience to chip in. 1% of most bloggers’ audience comes to a few dozen people, and most people aren’t going to be able to suggest a recommended contribution of $20 like Sullivan has. There’s also the matter of content — i.e., whether people have content that’s worth supporting with cash. No offense, but most don’t.

Pretty much everything I said then still applies now. Sullivan’s been canny in watching how others have leveraged online success into revenue; he’s not shy about the fact this is his living; I suspect he’s going to be at least initially successful in his quest to pay for the site through subscriptions; the number of blog sites which could follow his example is very low indeed. What has changed in the decade since I wrote that piece is mostly the dynamic of Sullivan’s notoriety — these days he is in fact primarily known for The Daily Dish whereas a decade ago he was still best known for books and magazine articles — and the size of his audience.

There may also be a deeper understanding by the sort of people who follow Sullivan’s site (and sites like it, such as Talking Points Memo, which also recently opened itself up for subscriptions) that money does in fact have to come from somewhere in order to make these sites work. The Daily Dish has seven employees as I understand it, so it’s not just Sullivan who needs to eat here; it’s everyone else too. Sullivan pulls in a fair number of reasonably well-off people, relatively speaking; what he’s asking for is below an important psychological barrier for pricing (many of his readers pay $20 a day on coffee and lunch; it’s not a lot); and the fact that he’s spent years establishing a community and keeping his core group small I suspect will probably work to his advantage. He’s the online equivalent of the mom & pop store, if your mom & pop store dispensed punditry instead of baked goods. Or perhaps the better metaphor would be that he’s an artisanal pundit, and thus able to command a higher price for his handcrafted opinions from his select clientele.

As noted, I expect him to be reasonably successful at least in the short term — the real question will be whether the subscription base grows in the second and subsequent years. If it doesn’t, I don’t expect Sullivan to be terribly romantic about it; he’s got to eat, remember. Be that as it may, I hope he’s successful, because I enjoy his writing. And yes, I ponied up the $19.95 (plus a smidgen extra) for the next year.

To anticipate the question of whether I would/should/could do something like this, my short answer is that even if I could — a proposition I consider questionable for a number of reasons — I would prefer not to. Among other things it requires keeping track of subscriptions and handling customer service issues and doing all sorts of other stuff that I already know I would rather drag my tongue across a razor than to do. If I were hard up for cash I would probably put advertising up on the site before I did a subscription scheme. But I would be far more likely just to write something and put it up for sale; that seems to me to be the easier and more effective route for me.

Basically, if I were you I wouldn’t be waiting up nights for me to announce Whatever as a subscription site. I don’t imagine any of you will actually be disappointed by this.