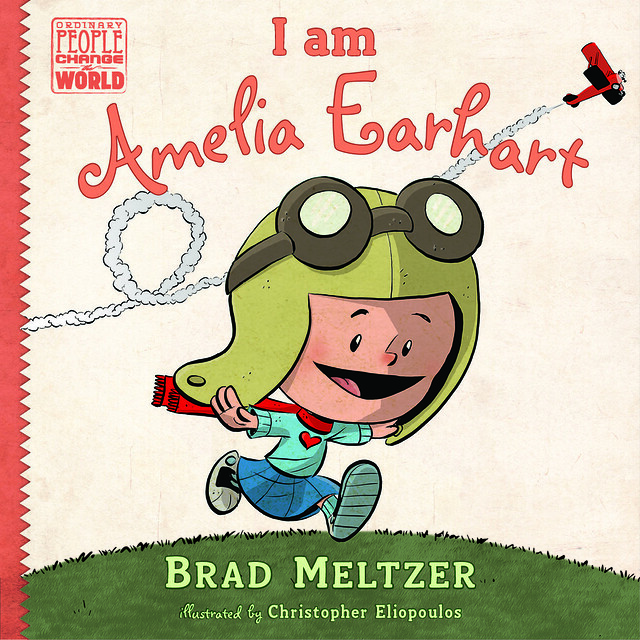 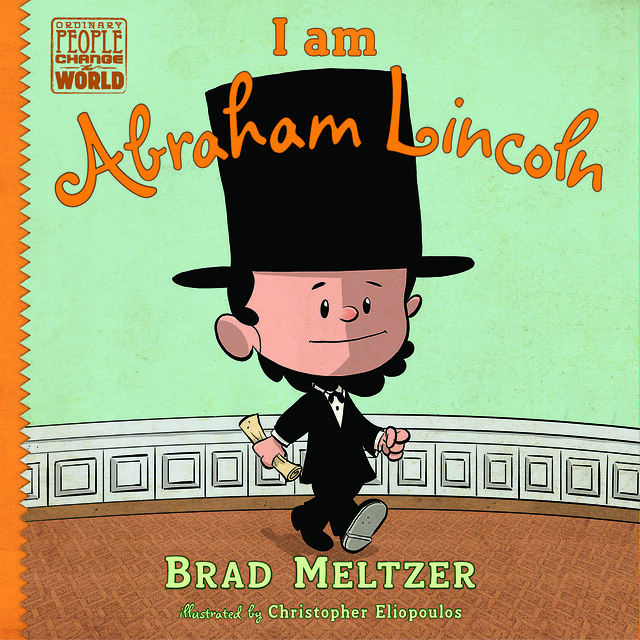 Brad Meltzer is known as a bestselling writer of thrillers and the host of his own television show on History Channel. But today sees the release of two decidedly different books from him: I am Amelia Earhart and I am Abraham Lincoln, both illustrated by Christopher Eliopoulos, and both aimed at a rather younger audience than Meltzer has aimed for before. There’s a reason why he wrote the books — and a reason, as you will soon discover, why he rewrote them as well.

Call this essay “How To Be Outdone By Your Artist on Your New Children’s Book.”

I met him on the Internet. I did. On Twitter.

I don’t remember what he first wrote to me about. Probably something about history: He watched my TV show, the self-importantly and yet perfectly titled Brad Meltzer’s Decoded. So I’ll wager he wrote to me about the Freemasons. Or the Illuminati. Or maybe Abraham Lincoln, if irony had a say.

Either way, I recognized his name and knew his art. Chris Eliopoulos. He’s a cartoonist. A great one. And little did I know, he’d soon change my life.

You see, I was in the midst of a crisis. A parental crisis. I was shopping for clothes with my daughter, and all I could find were T-shirts with images of princesses and more princesses. The only real difference between them was what hair color each princess had. And I started thinking to myself: I know so many better heroes than that.

So what does a loving father do at that point? He turns to a stranger on the internet, of course. I asked Chris to draw a cartoon version of Amelia Earhart. Below the picture, I wrote: I AM AMELIA EARHART. On the back of the shirt, I wrote: I KNOW NO BOUNDS.

That’s how it began. But soon, what started with a T-shirt had turned into an actual book. A children’s book, of all things. I always dreamed of doing a children’s book. And now, instead of just giving my daughter a T-shirt, I’d be able to give her perhaps the best thing of all: Amelia Earhart’s actual story.

From there, I wrote a biographical account of Amelia Earhart’s life, which Chris turned into pages and pages of art. A few weeks later, we handed in the proposal. My agent looked at what Chris drew. Then looked at what I wrote. And then she told me, “You need to make your words match his art.”

I blinked a few times, making sure I heard her right. But in that moment, I knew she was exactly right. Chris’s drawings were playful, fun, and passionate. They evoked my favorites – Peanuts and Calvin & Hobbes – cartoons that were alive and full of heart. Indeed, as I flipped through his drawings, I realized that was his superpower. This stranger from the internet, Chris Eliopoulos, did heart like no one else. And best of all, the more I looked at it, the more I felt like a kid again.

Right there, I tore up my entire draft and started from scratch. His breathtaking art forced me to be a better writer.

The result became more than a single book. It became our new line of children’s books, starting today with the publication of I Am Amelia Earhart and I Am Abraham Lincoln. The series was born because of our belief that the current definition of “hero” is broken. Today, so many in our culture celebrate reality TV stars and loud-mouthed sports figures.

I tell my kids all the time: That’s fame. Fame is different than being a hero. I wanted my kids to see real heroes…and real people who are no different than themselves. For that reason, each book tells the story of the hero when THEY were a kid. We see them as children. So it’s not just Amelia Earhart and Abraham Lincoln being famous – but them being just like us.

As for Chris, he of course became part of our family. And I’m part of his. We all went to DisneyWorld. I kid you not. Last week, we went there together. Both our families.

You should’ve seen the way my daughter was giving the stink eye to the princesses. 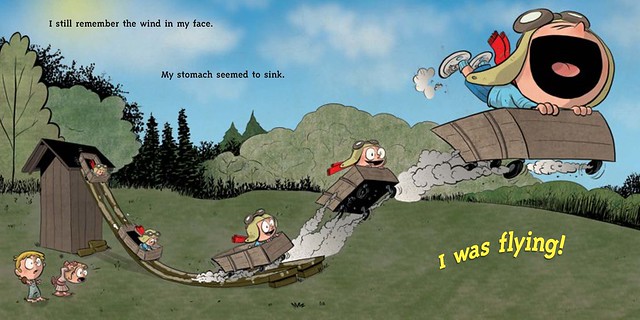 ← Yes, I Will Be at the Confusion Convention Next Weekend
Zeus and Daisy, Just Chillin’, Y’all →