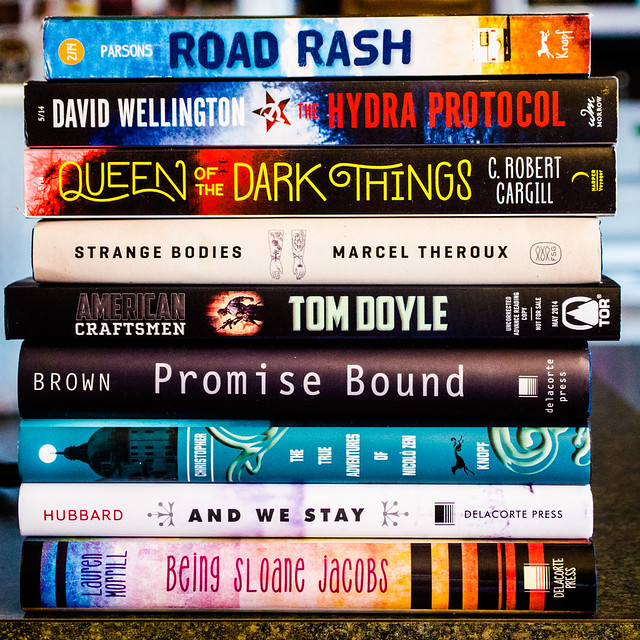 I noticed it was a slow couple of weeks for getting new books and ARCs in, and then I remembered it was the first couple of weeks of January, and it takes a little bit of time for the PR machine to get up and running after the holidays. And sure enough, today all of this showed up at the door. And thus, duly reported to you.

However, Baen Books sent over a bunch of books a couple of days ago, which I noted on Twitter but was remiss in noting here. So in the spirit of catching up:

A nearly all @BaenBooks haul from today’s mail. See something that looks good to you? pic.twitter.com/i6WSiOBioR

So: Anything in either stack that catches your eye? Let me know in the comments.