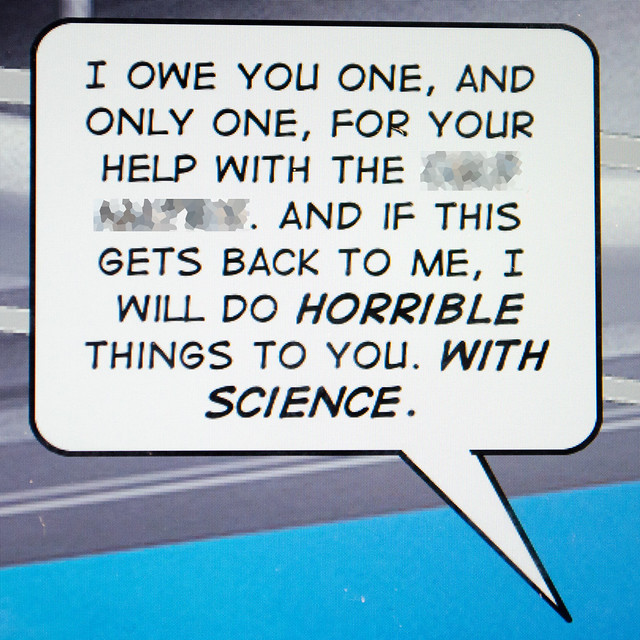 Midnight Rises being the graphic novel I wrote (and which Mike Choi illustrates) set in the same universe as, and immediately preceding the events of, Midnight Star, the video game I am working on with Industrial Toys, which is currently out to beta testers (of which I am one. Dudes. It is too much fun).

In any event, I was going through my copy of the graphic novel and I came across the scene in which this particular dialogue bubble pops up. And I thought to myself, “Yup, I definitely wrote that.” So if you’re wondering if the Scalzi writing sensibility is going to make the transition to graphic novels more or less intact, well, here’s your first clue.

As for the rest of it: I’m really really really excited to show it to you. I am assured I will get to do that soon. I cannot wait. 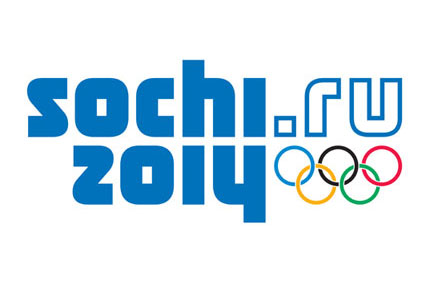 I was asked via email if I had any thoughts on this year’s Winter Olympics. The short answer is yes: I’m sitting them out. The longer version is that the unfathomable graft and incompetence and horrible homophobic bigotry that surrounds this particular iteration of the Olympics has massively swamped my usual benign indifference to the thing. Usually I don’t care about the Olympics, but I see them as harmless and don’t mind if they occasionally impinge on my consciousness. This time I’m actively disgusted by them and will go out of my way to avoid them. I’m not going to be entirely successful because I live in the modern world, where unless you choose to crouch in a hole, information will find you. The difference is that the information is going to have to work to get itself in front of me, and I will resent it when it does.

This is the point at which one swans about the need to reimagine the Olympic games, to get them back to their ideal of friendly competition between nations, blah blah blah insert Chariots of Fire soundtrack here, but, come on. It’s too late for that. The Olympic Games are what they are: a floating, rotating boondoggle-shaped shitcake of graft, venality and cronyism, with a spotty icing of athleticism spread thinly on the top to mask the taste of the shit as it goes down the gullet. Barring some sort of active revolution, that’s not going to change. Sochi’s problem is that this time, they heaped extra shit into the cake and skimped on the icing, and what icing it has is also made of shit. You can’t mask the taste. At this point it’s not worth it to try.

So I’m out. The Olympics won’t miss me, to be sure. The feeling is mutual.