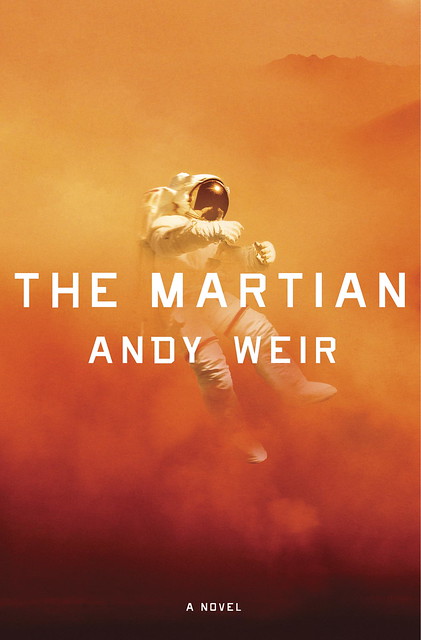 Congratulations! Humanity has made it to Mars! And now, as they say, the real troubles are about to begin. For Andy Weir, the author of The Martian, the challenge was not in stranding his hero on the red planet. The challenge was making that stranding exciting and fun to read. How did he do it? Partially by what he didn’t do.

I’ve always had a great love of science, especially anything related to space travel. So it’s little surprise that my first book, The Martian, is about just that. The protagonist, Mark Watney, finds himself abandoned on Mars after his crewmates leave during a critical mission abort. Events conspire to convince the crew and NASA that he died in the disaster, but he is very much alive and needs to work out how to stay that way with the resources he has on hand.

It’s a very simple premise, and certainly one that’s been done before. It’s basically Robinson Crusoe on Mars. In fact, some of you Whatever readers might recall a movie from the 1960’s that was actually called Robinson Crusoe on Mars. That’s how unoriginal the concept is. But my “Big Idea,” such as it is, was to hit that premise with a hard sci-fi approach. I wanted to tackle the question of how a marooned astronaut might actually survive on Mars, using real science to back it up.

That’s where things got fun for me. Being a nerd, I love doing research and science to make sure everything is plausible. Every part of the book is as scientifically accurate as I could make it, from the energy consumption of a rover to the exact process for reducing hydrazine fuel to liberate the hydrogen with which the protagonist could make water.

I spent weeks on research. The hard part was not bragging about it to the reader in the pages of the book itself. “Hey! Reader! I wrote my own software to calculate constant-acceleration orbital trajectories so I could define the path Hermes took to get from Earth to Mars!” It was a constant internal battle to remind myself that the book should be fun to read, not a testament to my ability to do math. So I frustratingly had to leave the bulk of that information out. Though it did make me feel good inside my geeky little soul to know all the math checked out.

And doing all the math had an unexpected and awesome side effect. It provided me with half the plot events in the story. For instance: Mark has to trick out a rover so it has enough power to travel long distances. I could have just hand-waved things and said he made some minor mods like adding a spare battery from the second rover on site. But when I did the math, I discovered that even a backup battery wouldn’t give him enough power to get where he needed to go. That limitation gave Mark a whole new set of problems to tackle and forced him to come up with an ingenious solution that could actually work.

I almost feel like I cheated. I put numbers into equations and plot came out. And of course, poor Mark ended up the victim of every problem I could think of.

Then, there was the issue of exposition. The story features an enormous number of MacGyver-like solutions to complex problems, using space-mission equipment for purposes other than its design. How do I explain all that to the reader? Mark’s on Mars all by himself. He doesn’t have a plucky lab assistant to explain things to and thus inform the audience. The solution I hit on was telling the story mostly through log entries in his journal. And once I started doing that, the novel’s voice immediately fell into place: These were the words of a man who didn’t know if he was going to survive from one day to the next and therefore had no reason to censor himself. I already knew I wanted Mark to be an irreverent smart-ass, but once I had him directly addressing the reader in that format, that voice had found the perfect outlet and the humor started flowing.

I never intended for the book to be as funny as it ended up being, but looking back, I think it had to be—with a premise that has so much potential to be claustrophobic, it’s Mark’s voice and his gallows humor that keep things light and fun for the reader.

In the end, I guess “The Big Idea” is really simplicity: A man is trapped on Mars and wants to survive. Simple as that. It’s something the reader can immediately get behind. And my goal as a writer was equally simple: all I wanted was to do justice to that premise, to play fairly with it and explore all its implications. Following through on that goal ended up giving me all the plot twists and surprises I needed, along with a voice that would keep readers entertained and rooting for my hero.

I’m certainly no more qualified than anyone else to say whether that makes a good book or not, but I do know what I personally like to read—and I think I ended up with a book that readers like me will enjoy.