Why I Didn’t Go To Bennington College 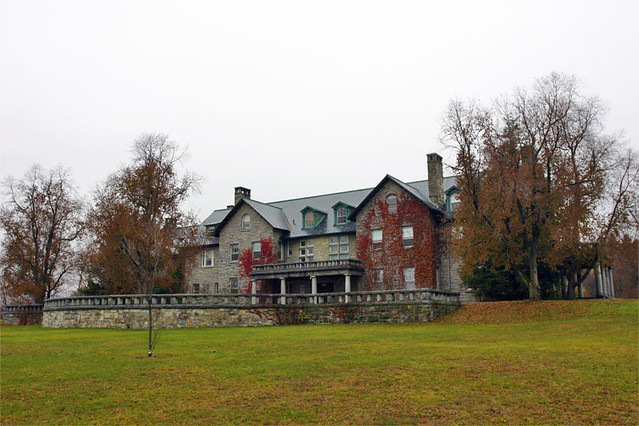 I read the Esquire profile of Peter Dinklage this morning, and it noted that Dinklage is a graduate of Bennington College, class of 1991. Which made me think, huh, I could have been a classmate of Peter Dinklage’s, because I was also class of 1991… and I had also been accepted into Bennington. Indeed, when it came time to choose colleges, my final two choices were Bennington and the University of Chicago. There is an alternate timeline in which I zigged instead of zagged, went to Bennington and, possibly, hung about with Dinklage in the New England wildernesses of Vermont.

I’ve told people before that I almost went to Bennington, and when I tell them that — to the extent that they know about Bennington College at all — some of them wonder why I didn’t go there. On paper at least, it seems like a better fit for my personality, at least when I was a teenager: It’s an arty, freeform school that has spit out excellent writers and novelists with regularity, including Donna Tartt, Jonathan Lethem, Kiran Desai and Bret Easton Ellis (whose writing I’m not hugely in love with, but you can’t say he’s not successful in the gig), as well as scads of other creative folk.

So I would have spent four years with a bunch of kids very much like me in an atomosphere of unfettered creative ferment. Plus, at the time there was something like an 8 to 1 female/male ratio, which to a seventeen-year-old straight boy was a definite plus, in theory at least. I was all for it. And Bennington was all for me, it appeared — halfway through my interview for the school, the alumni stopped saying “if you go” and started saying “when you go,” and Bennington itself offered me flat-out the best amount of scholarship money of any school I was accepted to.

So why didn’t I go? Because as attractive as Bennington was, and it really was attractive, at the end of the day I knew myself. I was creative and artistic and full of big ideas, but I was also madly, deeply, truly unstructured. Bennington was similarly unstructured, by intention. Which was attractive but also not really what I needed. Left to my own devices, I would devolve into a puddle of inertia. The University of Chicago is many things, some positive and some negative, but the one thing it is not is unstructured. It could provide a pedagogical spine I could slop my unstructured, creative self around.

There were other ancillary reasons as well (Bennington has only 600 students, and coming from a high school with 360 people, I wanted something a bit less intimate, for one; U of C had a worldwide reputation and deep resources; Chicago is a hell of a town), but at the end of the day, it came down to structure. I didn’t have it, so I needed a school that did. I picked U of C and have never had cause to regret it.

(I am, I would note, still largely unstructured; that I have achieved as much in my life as I have is in no small part due to having a wife who aside from every other amazing quality she has is super organized and gets things done, including for me.)

Still, my choice of Chicago over Bennington should not be read as a criticism of Bennington; it was a tough choice and for good reason. Every once in a while I think about how my life would have been different if I had took the leap and gone Bennington. It’s impossible to say, but I suspect among the several differences might have been that I would have become a novelist sooner, probably wouldn’t be writing science fiction (I see myself becoming more of a Sam Lipsyte or Gary Shteyngart sort of writer — or at least wanting to be a writer like them), and I suspect would be doing the Park Slope thing or something very close to it. I would hope I would have had the sense to marry someone like Krissy, as I don’t suspect I would have met her in this particular timeline.

And, hey, I probably would have partied with Peter Dinklage a time or two. There would be worse things to have in one’s memory banks.

← A Conversation That Actually Just Happened
A Note to Sean Fodera →

53 Comments on “Why I Didn’t Go To Bennington College”