“The problem is that the ‘vocal minority’ of insects who make up the new generation of writers don’t scramble for the shadows when outside lights shines on them—they bare their pincers and go for the jugular. Maybe it is a good thing that SFWA keeps them locked up. The newer members who Scalzi et al. brought in are an embarrassment to the genre.” — (name withheld) on SFF.net, during the recent unpleasantness. 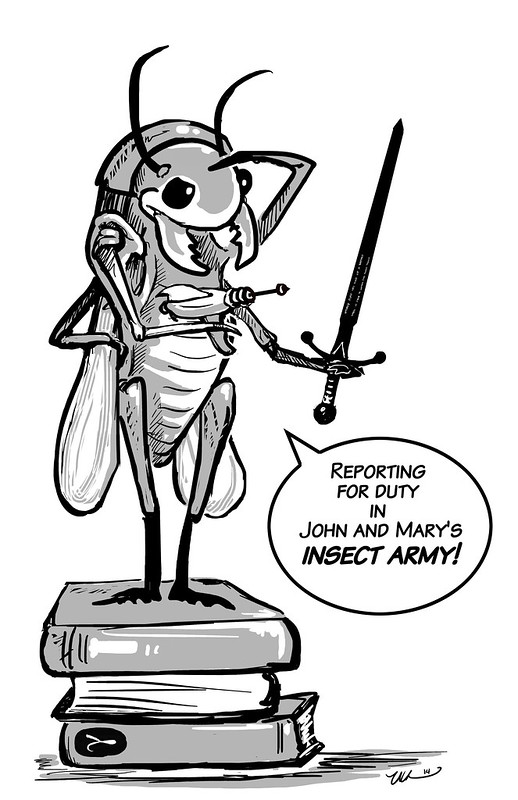 I realize, of course, that the person who wrote the comment above meant “insect” as an insult. But what do we know about insects? They are numerous, adaptable, highly successful as a class, and, when they put their mind to it, absolutely unstoppable. No wonder this person seems terrified.

As it happens, I have for a long time said that there are three types of writers: dinosaurs, mammals and cockroaches. Dinosaurs are the writers who are tied into an old model of the writing and publishing life, and when that specific model dies, so does the writer’s career. Mammals are the ones who ride the wave of a new writing/publishing model into success and prominence — but if they tie their fortunes to that one model, they’ll find themselves transformed into dinosaurs soon enough. Cockroaches, on the other hand, learn and adapt and thrive in every circumstance, in part because they know that things change. If you’re a writer, being a cockroach is the way to go.

And so, oh! The irony! Of calling writers the thing that (metaphorically) it is awesome to be, careerwise.

For the record (and because it is referring to my time in office, which I can speak about): I am immensely proud to have, along with Mary Robinette Kowal (my VP for two thirds of my administration) and the rest of the board and volunteers, through our efforts on behalf of our membership, helped to bring so many of the writers this person so dismissively refers to as “insects” into SFWA. These writers are talented, opinionated, smart and adaptable, and not coincidentally write some really great things, and were already in my time doing good for the organization. If this person wants to put me at the head of this insect army, I’m delighted to accept the commission (as is Mary! I asked her! She said yes!).

Mary and I are no longer officers of SFWA, but I think our commissions at the head of the Insect Army are still in effect: After all, not every “insect” is in SFWA (yet). And so I say to you: Join John and Mary’s Insect Army! You must write! You must be fearless! You must stand your ground in the face of deeply silly insults, clacking your pincers derisively at them! And, if you believe that every person — writer, “insect” and otherwise — should be treated with the same dignity and honor that you would accord yourself, so much the better. Together we can swarm to make science fiction and fantasy awesome! 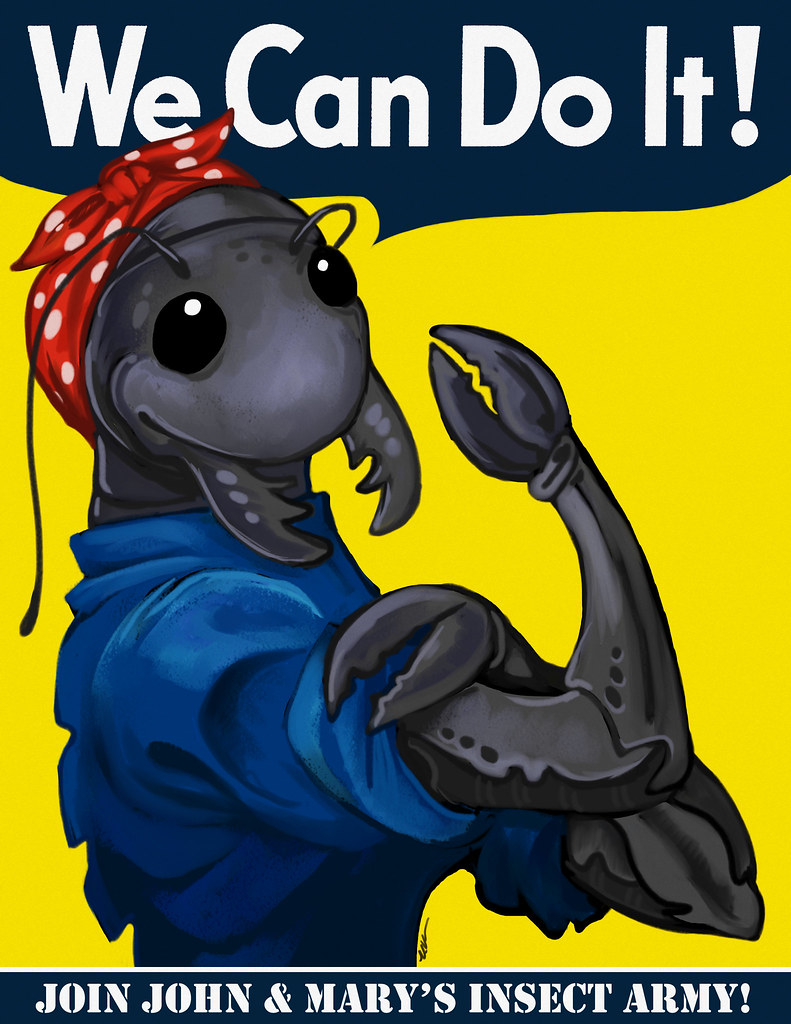 “One of the things that has troubled me is seeing women who say that they are apprehensive about entering SFF because they don’t want to attract the sort of bile I did.

“It’s not just women, of course. It is any group that has been historically underrepresented.

“For all of you… we have your back. There is strength in numbers. Join our army.”

(Fabulous artwork by Ursula Vernon. She is awesome.)