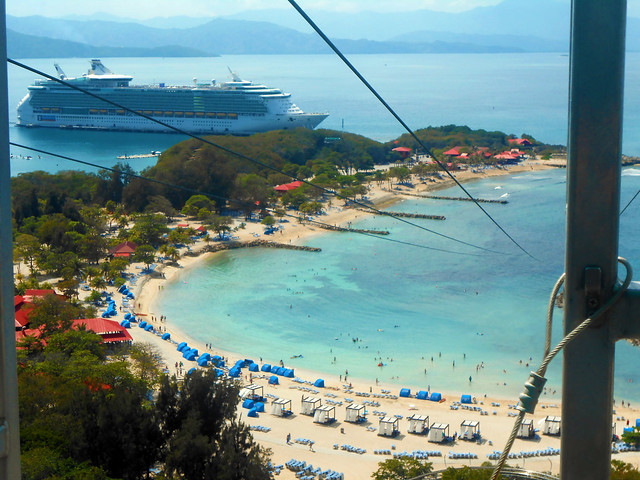 Inasmuch as this picture was taken from the top of a zipline somewhere in the Caribbean, you may assume it was in fact perfectly lovely. That’s our boat over there in the top left corner, the Independence of the Seas, which when you add up passengers and crew, has more than three times the people on it than live in my home town. It’s a little weird to think of it that way. Seriously, the thing is just ridiculously huge.

Last year Krissy and I went on the JoCo cruise and had a good enough time to do it again. This time we also brought along our daughter and our niece, the former because if we went to the Caribbean again without her, she might put us in the bad sort of nursing home decades down the line, and the latter because, we thought she might enjoy it (we were right). With the exception of the occasional performer swear word (if you worry about such things), the JoCo cruise is family and kid friendly, and the Independence also had a full slate of teen activities — enough that outside of dinner and onshore events, we hardly saw Athena at all.

I noted last year (I think) that I’m not a fan of going on cruises in a general sense, but I like the JoCo cruise specifically because so many people I know — performers and “seamonkeys” (the JoCo cruise attendees names for themselves) both — are on the boat with us. So if worse came to worst I could just chat my way across the Caribbean. Fortunately it’s never come to “worst,” but on the other hand I did spend a lot of time chatting with people, which really is one of my favorite things to do.

The good news is that the JoCo cruise does a very good job with the performers. In addition to the returning performers (JoCo himself, Paul and Storm, John Hodgman and David Rees, as well as Peter Sagal and Paul F. Tompkins from a couple cruises back), the cruise had some new and interesting performers as well, including among others Nathan Sawaya (who does amazing things with Lego, see the picture at the end of this entry), Grant Imahara, Jim Boggia, Hank Green and especially Sara Watkins, whose performance my wife was so taken with that she went up to Sara afterwards and told her she wanted to stuff her into a suitcase and take her home with us, which I assure you sounded a lot less creepy when Krissy said it than when I wrote it just now.

In addition to just hanging around on the boat, talking to people and eating a ridiculous amount of food, I also pitched in on a couple of things. One of them was Molly Lewis’ video, which showed up here yesterday, and the other was another episode of “Celebrity Artemis,” in which I and several other nerds pilot a (simulated) starship whilst on stage, for the amusement of the seamonkeys. This year I was the science officer, on a ship also crewed by Joseph Scrimshaw, Adam Bernstein, Grant Imahara, Peter Sagal and Angela Webber of the Doubleclicks as our captain. We did very well, if “very well” is defined as “yelling at Grant for driving us into asteroids at Warp 4.” Which, for entertainment purposes, is correct. When it gets to YouTube, and it will, I’ll put it up here.

So, in all, yet another ton of fun. I remain not a fan of cruises, but definitely a fan of the JoCo Cruise. Rumor is, there might be another one next year. You should start saving your pennies now. 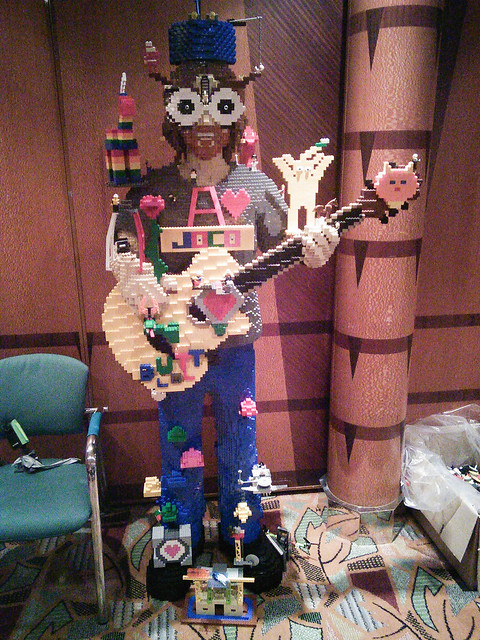 30 thoughts on “And Now, a Brief Recap of Our JoCo Cruise 4 Vacation”