Quite a few books and ARCs came in while I was on the boat last week, so here they are, over three pictures. Anything look good to you? Share in the comments! 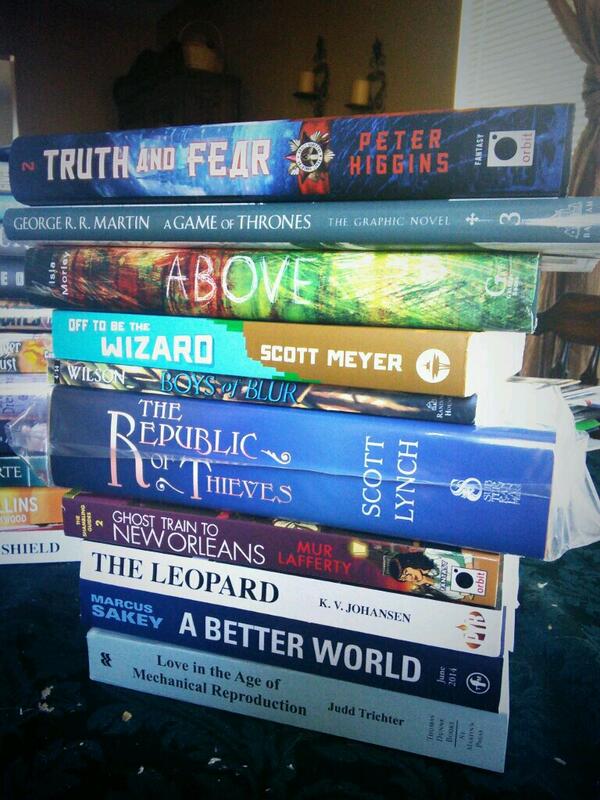 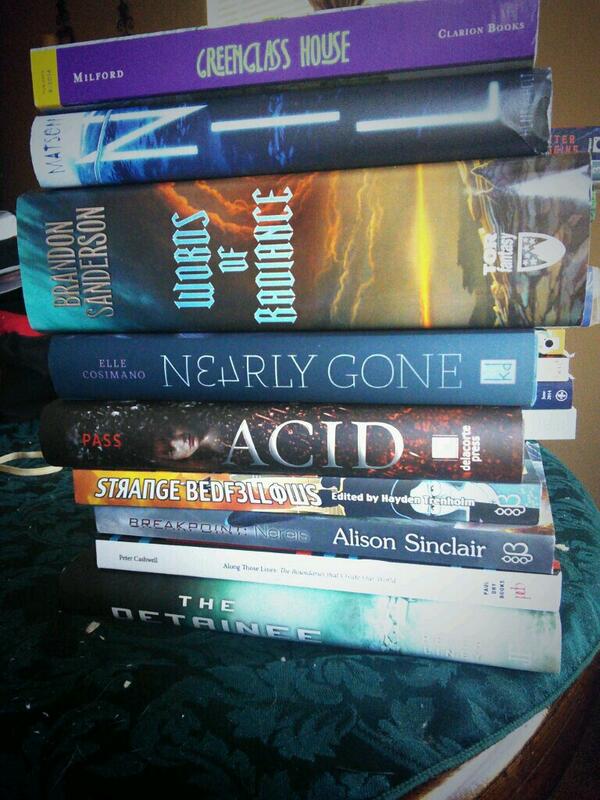 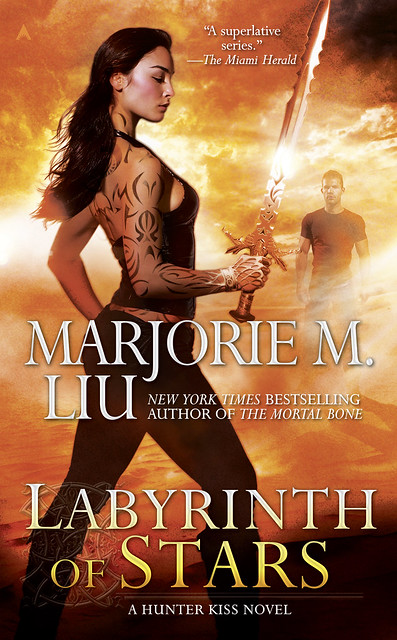 Short form intro: Marjorie M. Liu is awesome, and her Hunter’s Kiss series of books is awesome, and now there’s a new book in the series, Labyrinth of Stars. Marjorie takes a moment to look at the series and its heroine and where they both are, after all this time.

The concept of the Hunter Kiss series is straight-forward:  A young woman is covered head to toe in living tattoos that make her invulnerable by day, and that peel off her body at night to form her own demonic army.  There are a million different ways I could have approached that concept, but as writers we’re often products of a particular moment in our lives.  Back in 2008 when I wrote the first book in the series, The Iron Hunt, I thought what I was trying to create was an urban fantasy about a girl who would solve supernatural mysteries.  Instead, what I wrote was something very different: a series of books about a young woman’s emergence from her mother’s long shadow.

For my heroine, Maxine Kiss, that’s easier said than done.  Those tattoos that protect her have been passed down from mother to daughter for ten thousand years, and it’s a tragic inheritance.  Every mother ultimately dies for her daughter – violently, terribly — and every daughter knows that, and knows she’ll do the same for her daughter, whether she wants to sacrifice herself or not.  That’s the price of their power.

But it sucks.  How do you live your own life, become your own individual self, when the only person you knew as family, — your mother, your world, your source of identity – is sacrificed so that you can go on living?  How do you carve your own path, when you feel compelled to follow the legacy of the woman who died for you?  Beyond all the demons and conspiracies, and otherworldly happenings of the Hunter Kiss series, that is the ultimate question – one I’ve tried to answer over the course of the previous four novels and two novellas.

And now I’ve come to Labyrinth of Stars, which isn’t the end of the road for Maxine – just the beginning, in fact – though it is the end of a particularly long chapter in her life, one that began with her as a daughter still struggling to follow her mother’s footsteps, and that ultimately finds her transformed into a woman about to become a mother herself, with her own legacy to pass down.

Mothers and daughters — the sacrifices we make for each other – the strength it takes to become women in our own right, with our own power: that’s the over-arching idea behind this latest novel, and all the Hunter Kiss books.  But it’s an old story with endless incarnations — and yet, for all of its familiarity, as intimate as skin.