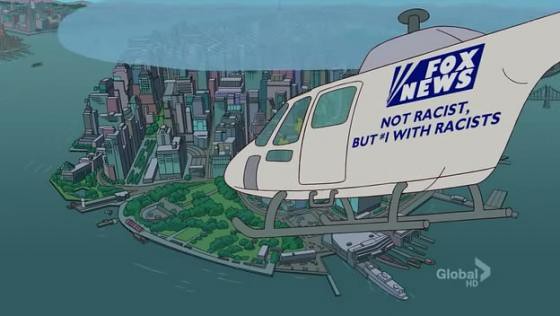 How do you intend to maintain editorial independence given that you are now working with one of the largest international media conglomerates, headed by a notorious right-winger billionaire?

I’ll begin by noting that my association with FX is not, in fact, my first association with a large international conglomerate; indeed, I have worked with several. I worked with AOL during the time it was part of Time Warner (or more accurately, when Time Warner was part of AOL, as technically AOL bought TW). Old Man’s War’s movie option was with Paramount, part of Viacom. When I was Creative Consultant for Stargate: Universe, that was on Syfy, part of NBCUniversal. I did consulting for Disney on a project that I’m not at liberty to disclose publicly. I’ve published books with Rough Guides and Heyne, now both part of Penguin Random House, jointly owned by Bertlesmann and Pearson, both major international conglomerates; and of course I publish with Tor Books, owned by Macmillan, which in turn is owned by the Holtzbrinck Publishing Group, which is also, you may surmise, a large international conglomerate. So, again: working with 21 Century Fox will not be my first time at the conglomerate dance.

Does working with a conglomerate impede one’s editorial independence elsewhere? Well, yes, it can. You may see an example of that above, where I noted that there was a project I worked on at Disney that I can’t discuss publicly. That’s because I signed an non-disclosure agreement about it. I’d like to tell you about it, because it was a very cool project and I worked with very cool people on it, but I can’t. I’m legally obliged not to, and also, I said I wouldn’t, and I prefer to keep my word.

Likewise, sometimes in contracts, one is asked to sign non-disparagement clauses. In my experience these are usually confined to specific projects. So, for example, if I worked on [X], I would agree not to say disparaging things about [X] to the media or on social media. So I couldn’t come here or go to Twitter or Facebook and say “Jesus, I’ve been working on [X] for months now and I can’t believe what a tremendous pile of crap it is.” I don’t think that’s usually an unreasonable thing to agree to.

But even without that contractual bar, I’d have to say it would be very very very unlikely you’d see or hear me publicly rubbish a project I was directly working on. One, in my experience most everyone is trying to make a project work, and sometimes it just doesn’t, and that’s the way it goes. Two, only an idiot burns bridges when they don’t have to. Future work can still come out of failed projects.

With all that said, I don’t think that working with a large media conglomerate is an automatic bar to criticizing it or the practices of the corporation (or some portion of it), or the output of that conglomerate. Indeed, there’s a long history of one part of a corporation looking at other parts with a critical eye. Entertainment Weekly and Time Magazine have panned Warner Bros. and New Line Cinema films; The Wall Street Journal has cast its eye on the business practices of various part of the Murdoch empire; and The Simpsons, shown on Fox network, has said less than nice things about Fox News (see the graphic at the top of the entry).

Yes, yes, but would you do that criticizing, you ask? One way to answer that is to note I’ve done it before — I’m published by Random House (via Rough Guides and Heyne) but that did not stop me from expressing my displeasure in no uncertain terms about the company’s (now-updated) contracts from the Hydra and Alias imprints. Likewise, I’ve criticized Amazon and its business practices, even as the company is one of my publishers — and a very good one, I will note — through its audiobook subsidiary Audible. I made snarky comments about the Sci-Fi Channel changing its name to Syfy after I agreed to be the consultant for SGU. Past actions are not a guarantee of future results, of course. But it is indicative of how I approach these things.

Now, I think it would be perfectly reasonable for people to remember my various business associations and take them under consideration when they see me talk about things that touch tangentially (or not-so-tangentially) on those associations. But I would ask them to keep in their minds that thinking I am or am not discussing a subject because I am in the pay of one conglomerate or another is a fairly reductive way to look at things. There are going to be times when I might say “I’m a little too close to this one, so I’m going to stay out of it publicly,” because sometimes that’s true. But there are a lot of reasons why I might choose not to comment on a thing.

In short, I don’t think the fact that I’m working with FX will keep me from commenting when, say, someone on Fox News says something egregiously stupid enough to inspire me to comment. Alternately, I don’t see me starting to positively quote nuggets of wisdom from Sean Hannity, just because a chunk of my income issues forth from the vasty Murdochian depths. I don’t imagine anyone at FX will care — or anyone at Fox News, for that matter. Nor Rupert Murdoch, bless his heart.