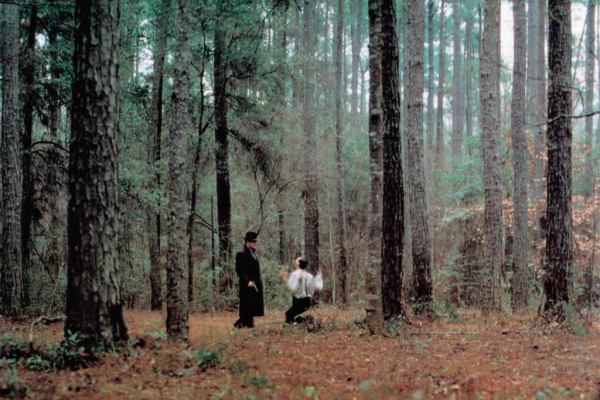 Because why not. Note I use the word “favorite,” not the word “best,” although I would argue for the movie in my number one position being, if not the best, at least in the top three.

For those wondering what’s at the bottom: The Ladykillers. 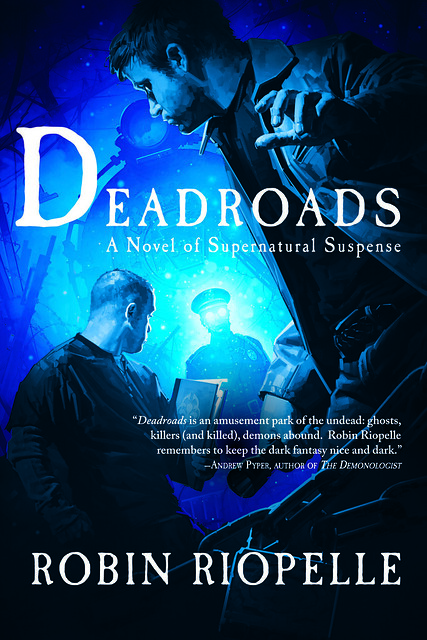 Our pasts shape us, build us and sometimes haunt us. So when part of our past is obscured from us, it creates a tension in our lives — the sort of tension that can, naturally enough, make for great stories. Robin Riopelle’s novel Deadroads looks at pasts, hidden and otherwise; Riopelle’s here to explain how they matter to her tale.

The Department of Motor Vehicles clerk was very helpful. “Would she have changed her name?” she asked me, peering at her computer screen. I nodded dumbly, elated and terrified.

I had been searching for years. My parents had given me my original paperwork; I had been Robin Riopelle for my first five days. I’d plied with wine the lawyer who had handled my adoption and he’d let slip my birth mother’s name. Deep in the stacks of the Toronto Reference Library, I had meticulously sifted through city directories, tracing her easily until 1983. Then, she’d vanished.

“She’s got a rural address now,” the clerk continued. “Here you go!” She tore the sheet of paper from the dot-matrix printer, and passed it over the partition. “Anything else I can do for you?”

I held the key to my past in my hand. Now what?

A character in my novel Deadroads faces the same dilemma, albeit via a demon rather than a nice smiley clerk at a government office. For that character, and for me, for anyone trying to make contact with their past, comes the moment of decision: Do I follow through? What the hell happens if I reach out into this unknown?

Reconciling the past with the present—or being unable to do it—is at the heart of a lot of fiction, my own included. Deadroads finds siblings reluctantly reuniting after a lengthy and possibly supernatural separation. I took that step into the unknown. I have now been in contact with my birth family for more than 20 years. I know how weird and wonderful—and awful and ferocious—getting in touch with the past can be.

Writer William Faulkner famously claimed, “The past is never dead. It’s not even past.” Almost all of us consider this big idea at some time or another. Our self-identity depends so much on what we know about our past, and when the story is muddy or missing bits, well—it’s the stuff of myth and legend.

Adoption in Euro-cultural fiction usually results in one of three outcomes: the happy adoption of an orphan; an unhappy reunion with a birth family; or a happy reunion, usually after the adoptive parents have conveniently expired. Rarely does the tale end with the adoptee having it all, with two sets of functioning parents.

Take the Old Testament hero, Moses. Set adrift in a basket, scooped up by a fetching Egyptian princess, raised as a pharaoh’s son. Moses is an adoptee who chooses birth family over adoptive family. There’s lambs’ blood on lintels and rains of frogs and a final, brutal, parting of seas.

If I gave you 30 seconds, you could probably come up with a healthy list of orphans/bastards/adoptees in Western pop culture: the “bad seed” or conversely, the “chosen one”—heroes and villains raised by people who aren’t their “true” parents, growing into their inevitable “destiny”. A cage match between biology and upbringing.

Some are stupendously messed up by separation and reunion such as the Greek king Oedipus, who unwittingly kills his birth father and marries his birth mother (yikes). For other characters, like Oliver Twist, adoption provides the double-rainbow happy ending. I swear to god, Charles Dickens is responsible for an entire orphanage of displaced literary children.

Some characters overcome murky starts to embrace their destiny, such as Luke Skywalker and sister Leia (complete with icky “romance”, which is an entire sub-genre for both tabloids and adoption researchers). I haven’t read ahead in George R.R. Martin’s Game of Thrones, so don’t spoil me, but I’m betting Jon Snow’s mother isn’t exactly a nobody. Scott Lynch’s Locke Lamora is another puzzle, stymied by what he doesn’t know about his past.

In most of these cases, separation, discovery, and reunion drive the story, but there’s one striking similarity: The two sets of parents, birth and adoptive, rarely meet, and the adoptee doesn’t integrate them, either by choice or circumstance. Moses parts that sea, and doesn’t look back.

My experience tells me something else is more emotionally true: we are a fantastic mix of biology and circumstance, and we make our own destiny when we reconcile our divergent pasts.

In Deadroads, a sister reunites with her long-estranged family. It’s not easy for anyone. She doesn’t fit in. She’s grown up with a different worldview. There are ghosts, and disagreements about the best ways to deal with them.

Ghosts are nice, easy shorthand for “the past”. They are the chewy center of the unfinished business chocolate. Deadroads is full of them. The ghosts and demons haunting the now-grown children are an inheritance, the awful unclaimed baggage of parental misadventures. The problem of how to cope with this inheritance is what fuels the story.

As the characters in Deadroads struggle with both literal and figurative ghosts, they finally acknowledge that the past exists hand-in-hand with the present. When people ask me if I think adoption reunions are a good idea, I can only tell them what I know to be true for myself: by knowing both my families, I know myself better.

It’s what many literary heroes want, when you boil it right down: to discover who they truly are, and to know their place in the world.