It was a surprise. As you will be able to tell about 48 seconds into the video.

And here’s a closer, static look at the thing: 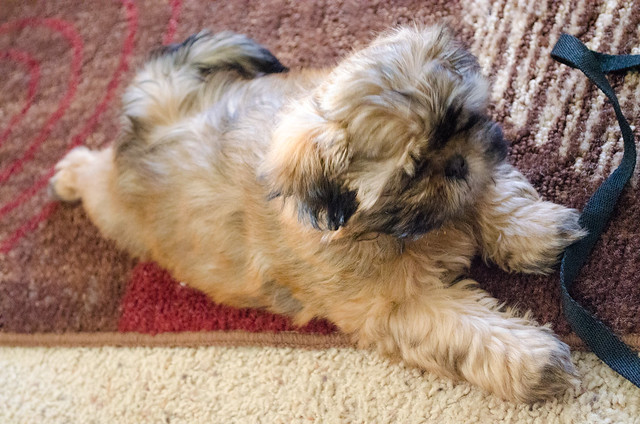 Seriously, it’s unreal how cute this puppy is.

Here’s a thing: My friend John Anderson (who some of you may remember did a guest stint here at Whatever a few years back) has amyotrophic lateral sclerosis (ALS), better known as “Lou Gehrig’s disease.” His friend Matthew Ryan, who happens to be a hell of a musician, decided to do something to help John and his wife Amanda with some of their expenses related to the disease. He released a single, “An Anthem for the Broken,” from his upcoming album for their benefit, with the everything (minus Bandcamp processing fees) going to John.

Matthew released the song in February and it’s already had a positive effect on John’s life, as he details here at the American Songwriter web site. But I figure there’s more that needs to be done, and more that can be done.

So: here’s the single, which really is a rousing, moving rock anthem. Take a listen to it, and if you like it (or just want to help), follow this link and kick in for John and Amanda. The song is available for a dollar but if you want to contribute more, you’re welcome to do that too. At the link you’ll also see Matthew Ryan’s own thoughts on John, which are well worth reading.

A personal note about John: I’ve known John for close to twenty years now — we worked together in the 90s at AOL and were part of the same tight group of friends when I lived in Virginia. He’s been my musical guru for years, sharing with me (and many others) all the bands and musicians he’s loved over the years, including Matthew Ryan. A non-trivial portion of my music collection is directly due to his recommendations. He is a good friend and an excellent person, and my life would have been immeasurably poorer had I not known him. He is, simply put, important to me.

I would look on it as a personal favor if you would consider helping him now, and also if you let other people know about this. 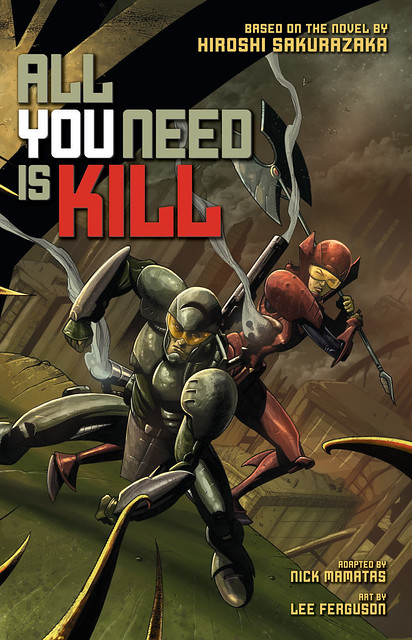 How do you turn a novel into a graphic novel — that is, capture the essence of what is cool and interesting about the original work, and bring it to another medium entirely? Especially when that novel is also the basis for an upcoming motion picture that features one of the biggest film stars on the planet? This was Nick Mamatas‘ task in adapting All You Need is Kill into graphic novel form. This is his story.

That film, Edge of Tomorrow, is based on Hiroshi Sakurazaka’s novel All You Need Is Kill. But there are some key differences between the movie and the original book. The novel tells the story of an eighteen-year-old Japanese man named Keiji Kiriya drafted to fight in the war against the alien Mimics; the movie is about Billy Cage, a fortymumblesomething-year-old white American who ends up on the front lines due to, you know, spoilers.

Once you make that change, well, other changes are bound to follow.

All You Need Is Kill was the first novel published by Haikasoru, the imprint dedicated to Japanese science fiction in translation that I edit for VIZ Media. We had little to do with the film; at one point I wrote a two-page synopsis so that the interns of the assistants of important Hollywood people could hear a two-sentence verbal summary of the synopsis and decide whether to give the book a chance as a zillion-dollar motion picture. Eventually, Dante Harper wrote a spec script that sold to Warner Bros. for three million dollars, and then a director and a star were attached, the script rewritten by a number of writers, and finally there was Edge of Tomorrow.

But we had always been hoping for a visual experience closer to the actual novel. All You Need Is Kill is an action-packed military SF tale of armored soldiers taking on the violent and squishy alien Mimics. And there’s humor, a dash of philosophy, and even a dollop of romance. And we certainly didn’t want the female lead, “Full Metal Bitch” Rita Vrataski, to end up how women in movies and comics so often end up. So we decided to do the graphic novel ourselves, as Haikasoru’s first comic book project. Our company VIZ Media has immense experience with translation and localization of manga, but this was a whole new type of project. 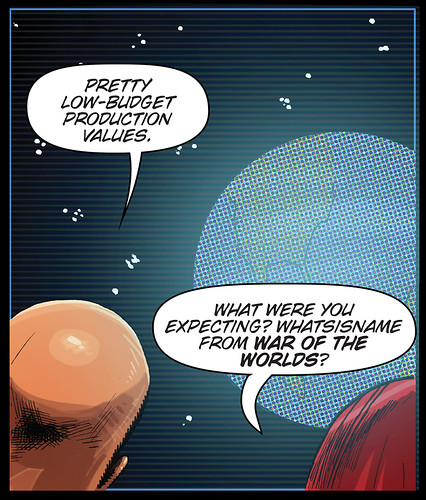 We needed an artist and editor Joel Enos held several rounds of auditions. We got white Keijis—automatic failure. A few drew his fellow soldier Yonabaru with inhumanly tiny eyes—too manga. And one artist’s version of the Full Metal Bitch made her look like a steroid-addled version of Sting’s character from the movie version of Dune (that’s a miss).  Finally, we found Lee Ferguson, who drew this: 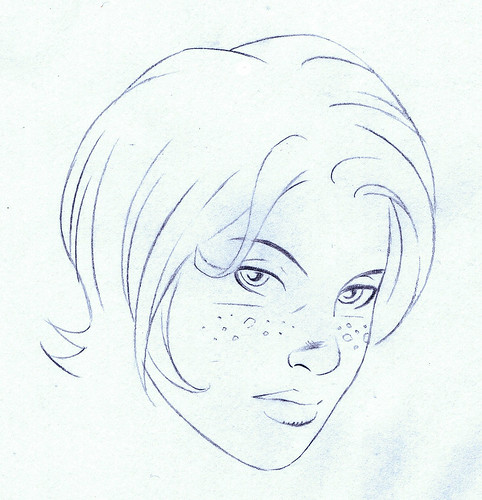 A normal young woman, realistic yet telegenic enough for the in-story media to make a fuss over. Someone who  you could believe had been an ordinary Midwestern girl who by necessity, not choice, became a soldier. Excellent.

But it was important that the scripted be handled in-house. We wanted to stay true to the vision of Hiroshi Sakurazaka. There were also other obligations. Imagine a freelance writer being part of an instructional conversation along these lines:

“Remember, this is an adaptation of All You Need Is Kill, not Edge of Tomorrow. So don’t make any changes to the story that might also be in the movie.”

Oh, do I get to read the shooting script for the movie then?

So…you want me to imagine what changes the filmmakers might make to the movie adaptation, guess correctly, and then just not make those changes?

We did end up getting to see some snippets of the movie, and to hear a producer describe scenes to us, complete with waving hands and descriptions like “And then he’s all like, ‘What the fuck!’” so we had something to work with. Lee, our great artist, created a retrofuture visual design for the battle armor, playing against both the original mangastyle mecha-suits of the novel and the grim’n’gritty look of the film. And when he handed in a cover in which the Full Metal Bitch was attacking the enemy butt-first in the now common female character pose, Joel sent it back and Ferguson cheerfully turned her around. 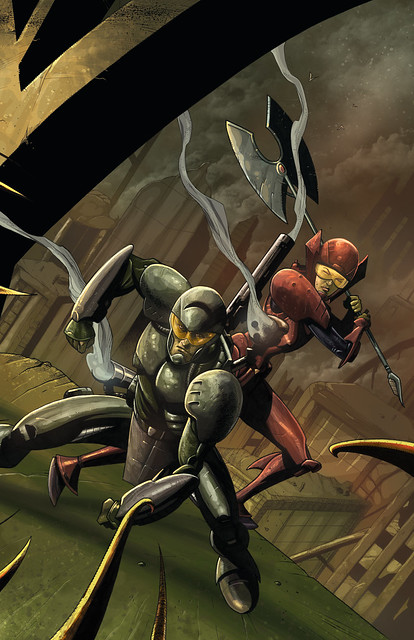 PS: don’t send us your pitches for comic books. 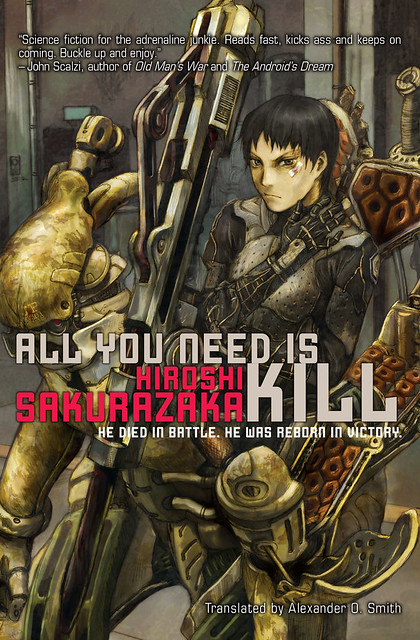