So, first I posted this.

Yes, all right. Maybe the yard is a little ridiculously large. pic.twitter.com/5GnwClJ1kh

In retrospect, I guess I was asking for it.

@scalzi i think you kind of are asking for this…. pic.twitter.com/vr0IwCMW65

@scalzi There is no where to hide! pic.twitter.com/VJ4ovnomb7

@scalzi Nobody's done this one yet? pic.twitter.com/ZDqdwXmSR2

@scalzi there was a missing one. You're welcome. pic.twitter.com/Pt2OjHgZ79

@scalzi watch out for that invading medieval army pic.twitter.com/x5XKAaPjFC

@scalzi There’s something a little… ”Pythonesque” about this scene. pic.twitter.com/U43DrZHJ0N

I stopped there, else risk insanity.

I’m very interested in this piece in the New York Times magazine, talking about the differences in graduation rates between the kids in the upper economic levels (and the ones whose parents went to college) and the ones at lower levels of the socio-economic stratum. Roughly speaking, one of the best indicators of whether you’ll finish college at all is whether your parents did; without that knowledge base (and economic leg up) things become rather more difficult. The story covers how the University of Texas, for one, worked to help kids from disadvantaged backgrounds handle the culture shock of college — and to keep them from falling off the path to graduation.

The article interested me because to no small extent it is about me, or at least people like me — I was sometimes poor growing up (when I graduated from high school I was living in a trailer park), and was the first person in my immediate family to finish high school, much less college. It would have been reasonable to expect that I would have felt the culture shock and first year struggles the kids in this article had. But the truth of it was that aside from one financial aid mishap (which fortunately got cleared up pretty quickly), I adapted to college very well — no major fumbles of crises of confidence.

Then I thought about it and realized that I had, in fact, gone through that upheaval and transition period — but in high school, not in college. I went to a private college prep boarding school as a scholarship student, and my freshman year there was a mess: I failed classes, I fought with my teachers, I was sentenced to study hall and I had to take summer school in order to pass a class — English composition, of all things — which was required to advance to tenth grade. I passed it at the very last possible time, by the absolute lowest score possible. Basically, I was a mess, and it wasn’t entirely clear that I would stay at my school.

What kept me there, as it happened, was what UT is working on as well: mentoring, direct intervention and an unwillingness to let me allow my own insecurities convince me that I didn’t belong. I was fortunate to have a number of people make me their project, basically. And it worked; after that very bumpy freshman year things got a lot better. By the time I was heading for college I was fine, in terms of feeling like it was something I could handle.

I was fortunate to have my crises early; the thought of possibly screwing up at the college level fills me with a bit of retroactive dread. I’m glad University of Texas is trying things to keep those kids from the lower rungs of the ladder from falling off entirely. I approve, and I hope it continues to work. 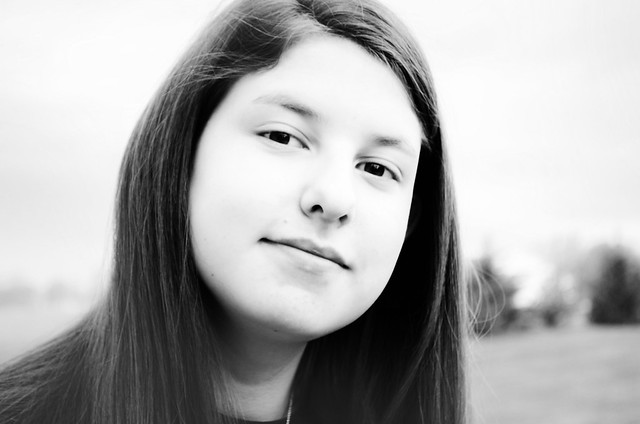