I’m not a huge fan of Father’s Day. This is not to say I feel antagonistic toward it — I don’t, I think it’s a nice idea to thank dads for being dads — but merely that it’s not a day I’ve ever given much thought to, even when I became a father. Some of the reasons for this:

* My parents were divorced when I was very young and I didn’t have much contact with my own dad growing up, so I never really got into the practice of it when I was younger;

* Father’s Day often coincides (as it does this year) with one of my and Krissy’s anniversary days (proposal, June 15; first date, June 16; wedding June 17), and I tend to advantage those celebrations more than Father’s Day;

* I’m a very difficult person to buy gifts for (to the point where I’ve told people to just stop trying), so one major aspect of Father’s Day is already zeroed out for me;

* As the picture above suggests, I have a slightly skewed relationship with fatherhood anyway, and I think that’s worked best, where I’m concerned.

So the way I remembered it this year was my wife being concerned that she was going to be away on the day (she’s in California, for our niece’s baby shower). It resulted in me looking blankly at her for a minute and then assuring her it would be fine. Now, as it happens, Athena and I will be going out for lunch today, which nominally will be a Father’s Day lunch, but really is more about the fact that without Krissy around, Athena and I eat straight from cereal boxes, so going out to lunch today means we won’t be eating dry Cap’n Crunch for three sequential meals.

So: Father’s Day. Nice, but, for me, kinda meh. If you like it, I wholeheartedly encourage you to enjoy it. I’ll be here thinking about my wedding proposal day instead. 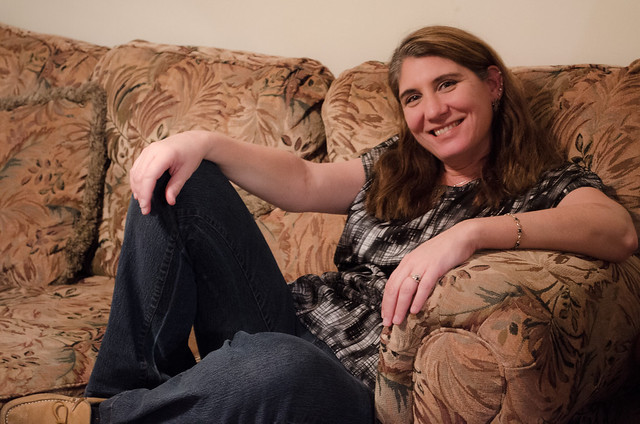 Twenty years ago today, and, indeed, pretty much close to the minute I’m writing this out now, I proposed to my now-wife, Kristine. Actually it’s more accurate to say that the proposal was written up beforehand (it was published as part of my newspaper column at the time), but right about now was when Krissy was awake and read it.

Happily, she said yes. There’s not a day in all the years between now and then that I am not immensely grateful that she did so.

If you’ve never read my proposal to her, I posted it here seven years ago. Here it is.