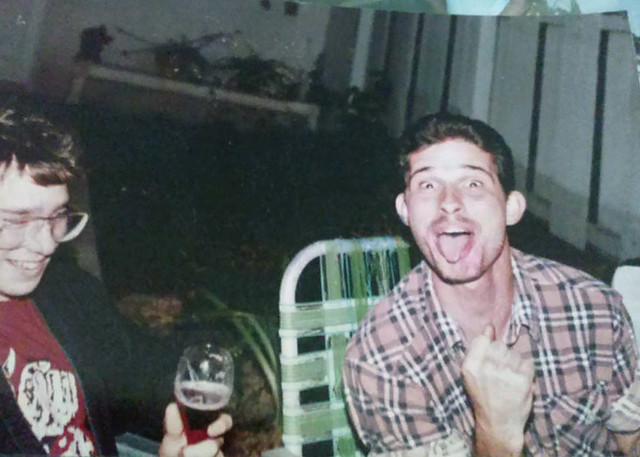 My niece Ashley unearthed this picture of me (left) and my brother Bob, taken sometime in the 1980s, i.e., when he and I were young and still had hair. Bob was a surprise brother — my mother had him when she was very young and put him up for adoption (as teen mothers often did in the 60s) and so I went through the first twelve years of my life not aware that I actually had a brother at all. But these things have a way of coming out, and so I learned about him, and shortly thereafter Bob found us. As it turned out his mom and mine belonged to the same club, knew each other, and talked about their children to each other. Life, man. It’s a funny thing.

Also, for those who know of my non-alcohol drinking ways: That’s grape juice in that glass.