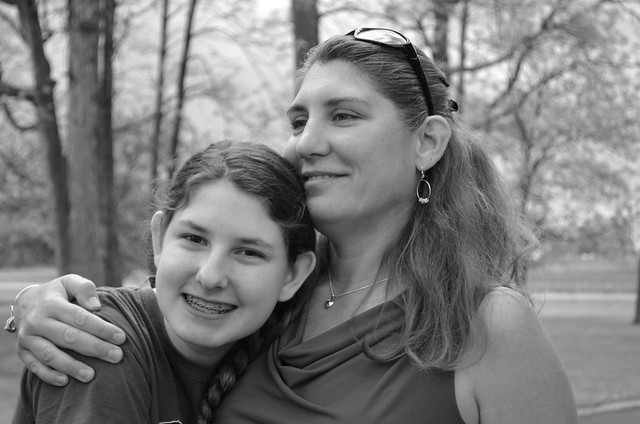 Last week, as part of my general “try to lose weight and get a little healthier because you’re middle-aged now and you don’t want to die” thing, I started going to the local YMCA to use its weight room and indoor track, with my daughter as my workout partner. She’s been on the powerlifting team at her school for the last three years, so she’s knowledgeable about the weights in a way I am not, and is thus a good person with whom to work out. At the end of our first session, I tweeted the following:

Let it be known that my daughter can lift more than I do. Because she's on her school's weightlifting team, and also because she's awesome.

This naturally aroused the derision of the hooting pack of status-anxious dudebros who let me live rent-free in their brains, prompting a predictable slew of tweets and blog posts about how this is further proof of my girly-man status, hardly a man at all, dude do you even lift, and so on. I noted this to my daughter.

ME: Some dudes online are making fun of me because you lift more than I can. DAUGHTER: That's because they're pathetic losers, dad. #point

Should it be a surprise that my daughter, who has been on a powerlifting team for three years and has taken medals at competition, can lift more than I, who has not seen the inside of a weight room since high school? I don’t think so; I think it would be mildly surprising if she couldn’t. She has training and endurance that I don’t. It’s also equally possible that even if she had not had her previous training, if we had gone into that weight room, she still might have been able to lift more than me. I would have been fine with that. If I keep at it, over time it’s possible I’ll lift more than she can. It’s also possible, however, that I won’t.

And if I never lift more than my daughter? Well, and if that happens, so what? One, I’m not sure why I should feel threatened or belittled by my daughter’s abilities of any sort. Call me nutty, but I want my daughter to be accomplished and capable, and even more accomplished and capable than me, whenever that’s possible. It’s a parent thing. Two, I’m not using the weight room to express my manliness, or as a zero-sum crucible to measure my personal worthiness against other human beings, because that seems, I don’t know, kind of stupid to me. I’m using it because I want to be in better shape than I am now. I fail to see how collapsing into a testerical pile of insecurity over the fact my daughter can lift more than I can will help me with my actual goal of becoming more fit.

Of course, it helps that I’m not one of those quivering bro-puppets who lives in constant fear that a woman might actually outclass him in something, and that if she does, it means that his balls have shrunk three sizes that day. This is a good thing, because in point of fact the Scalzi women, Krissy and Athena, are better than and/or outclass me in several ways. For example:

1. I’ve already noted that Athena out-lifts me. Krissy, it should be noted, is stronger than either of us; she is in point of fact unusually (I like to say freakishly) strong. I will note that I am perfectly capable, strength-wise; childish dudebro taunting online aside, I do fine for myself in that department and always have. Krissy has always been substantially stronger than I. It was never even a point of contention.

2. Krissy also has more physical endurance than I do. I was just joking to her today about the fact that if she lived 10,000 years ago, she would run down gazelles on the savannah because, like the Terminator, she would just keep coming. Again, I do just fine in the stamina department (anyone who has seen me dance for three hours straight can vouch for this). Krissy outclasses me by a mile.

3. Both Athena and Krissy are better shots than I am, Athena with a bow and Krissy with guns and rifles. And I’m decent with a bow.

4. Krissy is the financial brains of the Scalzi outfit, since both by inclination and by training (she has a degree in business) she has an analytical mind for numbers. I do my part on the business end — my very first published book was on finance, and I was a consultant for financial services companies over the years — but the day-to-day adminstration and planning fall to her, with good reason.

5. Athena writes better at her age than I did at the same age. It’s not even close. She will point out that she has the benefit of a parent who writes, with whom she can talk about both the craft and business of writing, and I cheerfully concede that point. Nevertheless, I’ve read her stuff, and I re-read the stuff I wrote at her age. My work at that age is pretty good. Hers is better.

6. Krissy is one of the best “straight-line” thinkers I’ve ever met; she can examine a situation, crystalize the issue and offer a solution quickly and dispassionately — and correctly. This is such a useful and critical skill that I actively spent years learning from her how to do it. I’m pretty good at it now. She’s still better, enough so that whenever possible, I always confer with her to double-check my own thinking.

Now, no doubt the status-anxious dudebros will delight in my shocking admissions here, because they are silly little boys who apparently think that a man who can happily live with, and help raise, women who are better at various things than he is (including things they entirely erroneously suppose to be inherently masculine) must be therefore weak and inferior and girly. Two points here.

One, there’s the obvious point that in the Scalzi household “girly” means strong and smart and capable and better than decent with ranged weapons. All of which I would happily be. So yes sign me up for girly please.

Two, and to repeat, these sad, frantic lumps of manflesh are proclaiming that a man who is pleased to share his life with women who are strong and smart and capable, and who has no problem acknowledging when their skills are superior to his, is somehow actually lesser for it. This should tell you all you need to know about the intelligence and sensibleness of such a world view.

I’m going to let them keep that silly, stunted world view. I’m going to keep mine. Because among other things, my world view has allowed me to share my life with, and share in the life of, the two best people I know: My wife, and my daughter. I am delighted in all the ways that they are the best, and also, better than me. 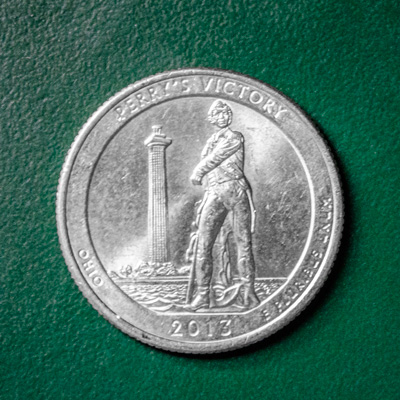 Were you even aware they’re doing, like, a second set of state quarters? I got the one above in my change yesterday and at first quick glance I thought I’d been given a one euro coin. Which would have been an unusual thing in Bradford, Ohio, to be sure.

I think I remember hearing about this second set at some point, but it must have slipped my mind at some point. I think it’s probably because when it comes right down to it I don’t actually look that much at the coins in my pocket anymore. Particularly quarters, which these days I just assume have some bit of patriotic busywork on their backside.

So: Were you aware about this second round of state quarters? Apparently they’ve been going on since 2010. Man, I am clueless, numismatically speaking.