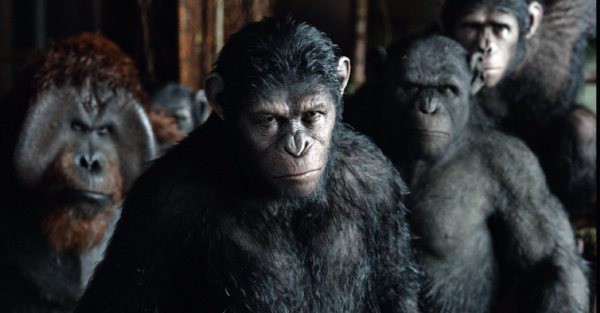 It’s very good. As others have noted, it’s probably the smartest franchise film of the summer, which could be textbook damning with faint praise, but isn’t. It’s also probably more accurately titled Dawn of the Planet Where Paranoid Assholes Really Have Done Their Level Best to Ruin Everything, which means, obviously, one could easily read lots of parallels into the real world into it. It’s not exactly a cheerful film, is what I’m saying. But well-written, well-acted, well-directed. It’s worth your time.

On a technical note, there’s not a moment in the film that I spent thinking about the fact I was looking at CGI apes, which given the number of the apes on screen, and the amount of screentime the apes have, is pretty remarkable. Credit here is split equally between the screen-capped actors (Andy Serkis most notably, but also many others) and the effects folks. We’re on the other side of the Uncanny Valley of the Planet of the Apes.

(Note: I saw the film in 2D, not 3D. It works very well in 2D; I suspect the extra dimension isn’t really necessary or even desirable.)

Which is to say Dawn of the Planet of the Apes. So you’ll have to entertain yourselves today.

If you want something writing-related to read, Jamie Todd Rubin has written a piece on 3 of the Most Helpful Writers You’ll Ever Meet, and uses me as an an example of one of those types, which is very nice of him, I have to say.