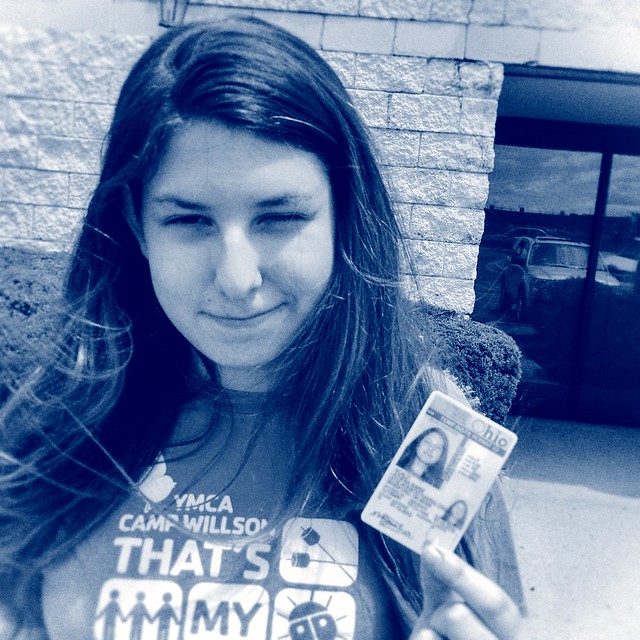 My daughter now has her learning permit to drive, and I have co-signed to be the parent responsible for her learning how to drive (she will also need to take official driving classes). I am proud, and hope my car survives.

(P.S.: Athena wishes you to know that she was squinting into the sun when this picture was taken. That is all.) 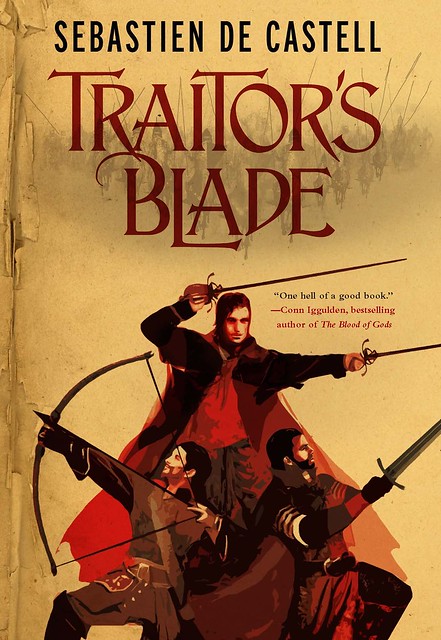 Author Sebastien de Castell dislikes knights — well, dislike may be too mild a word for it — and loves justice. Does that sound mildly contradictory to you? De Castell explains why it is not, and how his novel Traitor’s Blade aims for that justice through a new and unexpected class of hero.

How is it that the biggest bunch of self-involved bullies in all of European history became the most prominent heroes in fantasy literature? These are the same brutish and brutal thugs who murdered, raped, and pillaged their way across Europe and the Middle East in the name of God (thanks a lot, Pope Urban II). Which pre-Madison Avenue public relations firm managed to convince us that knights – I mean, fucking  knights – were the paragons of honour and virtue in the Middle Ages?

Were there any  good knights? Sure. William Marshall, sometimes called the ‘Flower of Chivalry’ was probably an alright fellow, but he’s the exception that proves the rule. The vast majority of medieval knighthood was made up of noble-born thugs whose most positive contribution to society was due to the occasional accidental death that comes from charging at each other with long sticks on horseback for the entertainment of slack-jawed yokels.

The hell with knights. I’d rather write about heroes.

That little rant is what launched me into writing  Traitor’s Blade. I wanted characters that I could see myself rooting for–men and women without the advantages of wealth or military power who fought in service to an ideal rather than a particular church or nobleman or even their own personal honour. In other words, I wanted my main characters, Falcio, Kest, and Brasti, to be the opposite of knights.

I took my starting point from the  justices itinerant of England’s twelfth and thirteenth centuries. These were magistrates, appointed by the King and commanded to travel from village to village to hear cases, pass judgments, and ensure verdicts were upheld. A similar phenomenon existed in the United States, especially along the frontiers. In fact, Abraham Lincoln spent much of his early law career on horseback, travelling alongside a judge (the actual term ‘circuit court’ comes from the designated routes of these wandering magistrates.)

I was fascinated by how dangerous a life being a  justice itinerant might be. What happens when a baron or count decides he doesn’t like your verdict? Which way might the local knight or sheriff sway when his financial wellbeing is in the hands of the man you’re ruling against? Worst of all, what happens when the sovereign who appointed you dies? Those questions became the basis of the Greatcoats – the wandering magistrates of  Traitor’s Blade who dedicate their lives to bringing justice to those living under the capricious rule of the nobility only to be disbanded when the king who appointed them is deposed and killed.

With  Traitor’s Blade, I wanted to explore the struggle to keep alive an idealistic view of the law that is at odds with the very foundations of a feudal society. This meant recognizing that, while Falcio, Kest, and Brasti might be heroes to me, they wouldn’t be seen that way by the majority of the population in the world in which they live. Where the knights are admired and respected as military men in service to the will of the gods (which, miraculously, tends to align with the interests of the nobles who employ them), the Greatcoats are despised by the nobility and often reviled even by the peasantry who see them as having failed to bring the justice they promised.

Creating these anti-knights also meant thinking about tactical considerations. Where knights are designed for war, especially mounted combat, the Greatcoats are trained to be expert duellists. In a society like Tristia, the fictional country in which the novel is set, trial by combat is an idea that is ingrained into the culture. It made sense that the men and women who had to hear cases and render judgments might often need to uphold their verdict at the point of a sword. So while the knights wear heavy armour, the  Greatcoats wear, well,  coats – long, leather coats with thin bone plates sewn inside to provide some measure of defence against the weapons of their enemies while still being light enough to manoeuvre in for extended periods of time.  This also fit with the Greatcoats’ need to travel long distances at speed and be protected from the elements. Their coats contain dozens of hidden pockets with little tricks and traps and chemicals to help them survive the dangers faced by those whose role is in direct conflict with the powerful in society.

The more time I spent envisioning the Greatcoats, the more I found myself searching for other adaptations to the way laws are administered in a corrupted feudal society. Verdicts need to be remembered in order to be upheld and a large portion of the population in a country like Tristia would be illiterate. So the Greatcoats set their rulings to the tune of songs that people know – making it easier for people to remember. Verdicts also need people willing to do what’s necessary to uphold them, and so the gold buttons on the coats could be used to pay twelve men and women who would act as a kind of long-term jury and ensure the ruling was upheld after the Greatcoat left.

The process of developing a new societal role inside of a more traditional fantasy setting was without doubt one of the most fun parts of building the world of  Traitor’s Blade. I doubt that the historical  justices itinerant were much like my Greatcoats, just as the knights of European history have little in common with their modern portrayals. But I like to think that there was a spark of that idealism in those who once wandered the long roads in an effort to bring the machinery of justice to those who lived far outside the protection of the courts.