View From a Hotel Window, 7/18/14: View of Two Countries Edition 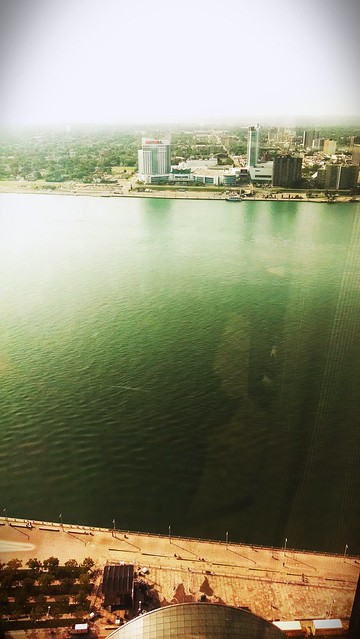 In the foreground of this picture is the United States; in the background, and unusually, south, is the great Nation of Canada. From these facts you may ascertain that I am very near the waterfront in Detroit. Also, when Steve Perry sings of someone being “born and raised in South Detroit,” he may be speaking of someone growing up, Eloise-like, in this very hotel, because as far as Detroit goes, this is as south as it gets.

Detcon1 is a very good convention so far; I had one panel yesterday which seems to have gone well, had dinner in Greektown and then hung about in the bar with friends until it was time to lose consciousness. In all, an excellent day. Today I have two panels, a reading and I’m taking part in the mass autographing. Which is to say a pretty busy day. I’m gonna get to it.

← Off to Detcon1
Still Alive →