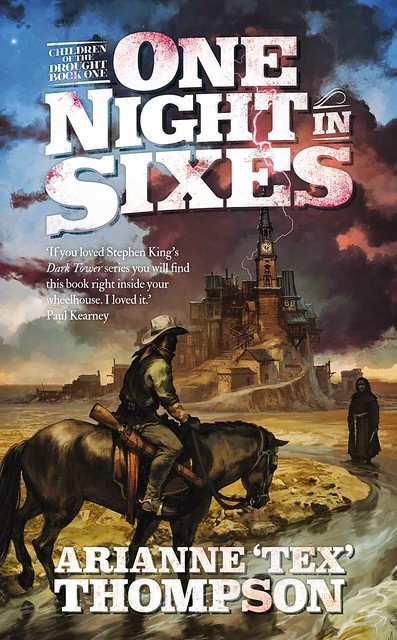 All I can say is that it seemed like a good idea at the time.

“I’m tired of Euromedieval fantasy!” I thought. “I’m tired of swords and castles and straight white monocultures. I’m going to write a fantasy about MY country, and MY history, with eleventeen kinds of people rubbing shoulders – like in real life! – and it’s going to be AMAZING.”

And by “amazing”, I must have meant “an absolute landmine of racism, imperialism, slavery and genocide.” Because, y’know, we Yanks really don’t have any post-contact history that doesn’t involve somebody taking something from somebody else. And I don’t think it’d be very responsible to write historical American fantasy that doesn’t acknowledge that somehow.

“Well, okay,” I thought, “but I want all these different folks to have power and agency and hope for a better future. So maybe in MY magical fantasyland, this huge clash of cultures isn’t a relentless colonial tragedy. Maybe the settlers and indigenous peoples are more evenly matched.  Maybe they’ve actually fought to a standstill.  Because… because… well, because the native guys have magic, see!”

Also because there were fishmen acting as a disease barrier, but anyway – magic.

I was a pretty far ways along before I realized that that was capital-P Problematic, not to mention cliché as hell. Real talk, fantasy writers: why is it that we always give the native guys magic? Is it because we’ve inherited some 500-year-old fetishistic meme? Is it so we can even out all those Guns, Germs, and Steel, like we’re setting up some kind of DnD CR table and have to balance the fighters and the mages?  Why is magic always the antithesis of modernity?

And then it hit me.

“BECAUSE,” I said to myself, “in MY magical fantasyland, magic comes from cultural continuity. So the more you eat what your ancestors ate, work their land, speak their language, and live their lifestyle, the more powerful you are. So the settlers DO have magic – or rather they DID, until they started industrializing and spreading and changing so fast that most of them can’t even name their grandfathers, nevermind make the thousand-mile trek back to the old homestead. And – and and and! – the rich folks have actually hung on some of their magic, because they can afford to hole up in their big old ancestral plantations and estates, while the poor folks work in factories or pull up stakes to go do the wagon-train thing. My God – they’ve turned the proletariat into muggles!”

So that was exciting. And it made my brain happy, because not only did it address some of those tropey, icky stereotypes, but it also gave this 19th-century story a real 21st-century feeling. The settlers have given up their cultural continuity in the name of progress and opportunity. The slaves who had their culture forcibly stripped away are actively seeking to rekindle it. And the indigenous peoples who have fought to hold on to their land and lifestyles are having to decide how much of their old ways they can afford to keep in this new, changing world.

That set off a whole chain reaction of big mental bombshells. The possibility of creating new traditions, new magic powers, as people mix and adapt. The idea of a world in which violence and suffering cause a kind of mystical radiation poisoning that lingers for generations. The people and creatures – the children of the last generation’s horrific warfare – who have been literally, supernaturally altered by all this bloodshed and pollution. And a whole lot more that I won’t even get into here.

But even though I’m excited about all of this, I don’t want to give off the impression that now everything is hunky-dory and I’ve got it All Figured Out. This IS an interesting concept – dare I say, a Big Idea. However, part of what still has me scared absolutely gutless, even seven years after that first American epiphany, is that I’m fictionalizing and fantasizing about really serious real-world stuff that has a long history of being horrendously mishandled. And having a good idea isn’t the same as executing it well.  I think fear is absolutely the right emotion to have, of course, because being terrified of getting it wrong is a crucial step in getting it right.

But as nervous as I am about this Big Idea and how it will be received, the even-bigger one behind it – that is, the push for a more inclusive bookshelf, and the importance of being able to re-imagine our own history without sweeping the uncomfortable bits under the rug – is one that I am really excited about.  I hope you will be too.