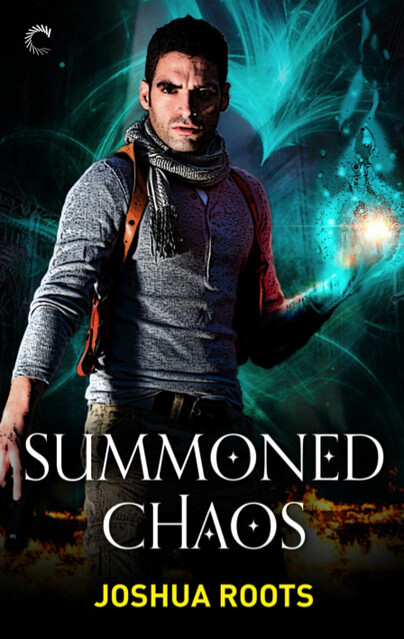 Reponsibility! It’s a drag, right? Not so, argues Joshua Roots, who explains how responsibility, and all the things around it, inform his latest novel, Summoned Chaos.

Growing up, life worked pretty hard to instill in me a sense of responsibility for my actions. Don’t eat your veggies? No dessert. Forget to call Mom if you’re going to miss curfew? Enjoy staying home for the next week or so. Ask two girls out to the same dance? Good luck getting a date the rest of your 7th-grade year, pal.

As a kid, responsibility was a burden, something imposed on me from the outside. Things like cleaning my room, eating veggies, and monogamy were crosses I had to bear. If I goofed up, I paid the price. Someone external (usually my folks) kept me in line, ensuring I stepped up to the plate for the responsibilities assigned to me or ones I’d volunteered for.

During those formative years, I found a kindred spirit in Peter Parker. He was just a normal teenager until a radioactive spider gave him all these amazing powers. Not to mention the burdens that went along with them. As Uncle Ben drilled into him: “With great power comes great responsibility.”

I didn’t know it back then, but that was only half of the equation.

Over time, the sense of responsibility became something that I realized through my own actions. Rather than my parents holding me accountable, I was doing it myself. Missing a homework assignment in high school or college meant I had to own up to my actions alone. Same with being flippant with a girl’s heart. Some of those lessons were learned the hard way, through poor grades or tears wept. But in the end, it was my choice to attend those classes or account for another person’s feelings.

I’m not sure exactly when it happened, but one day I found myself paying my mortgage, filling out a grocery list, and making my bed. Voluntarily. And you know what? That was pretty cool. More important, it was empowering. Keeping the lights on and food in the fridge may seem boring and mundane, but it was symbolic. I wasn’t merely surviving, I was building my future. Commanding my life.

Then I joined the Marines and that concept was ratcheted up to eleven. Responsibility wasn’t a burden, but a gift. Just as lives were entrusted to me, so too was mine entrusted to others. That responsibility became one of the greatest rewards because when I eventually moved on, I walked away with the strength to carve out my own future and the conviction to face whatever challenges came my way.

Becoming responsible as an adult, while not always fun, does carry a significant amount of power. We begin to control our own destinies, make choices, and learn to deal with the consequences—good or bad—of those actions. More important, the responsibilities that we take on allow us to choose which paths we want to navigate through life. No matter what, those paths are filled with challenges. Accepting those challenges and working to overcome them empowers us. It teaches us we can do better, maybe even become more than we think we can be. It gives us the confidence to move forward.

The Big Idea for Summoned Chaos, Book 2 in The Shifter Chronicles, centers on this theme. The main character, Marcus, is making the transition from being begrudgingly accountable for his actions to willingly accepting them. He’s not only dealing with the fallout of Book 1, but also realizing that there is a certain amount of power that comes from bearing the load of his family name, of serving the governing council of his magical society, and of being responsible for someone other than himself.

Rather than responsibility being a burden he must carry, Marcus, much like the rest of us, comes to realize that it is a weapon to win life’s battles. He is no longer a “lone wolf” caring for his own needs. Instead, he’s taking on the responsibilities of a team, his loved ones, and the defenseless humans he’s sworn to protect against paranormal creepy-crawlies. By doing so, he gains the strength and confidence to face the troubles ahead of him.

And trust me, there are a lot of them.