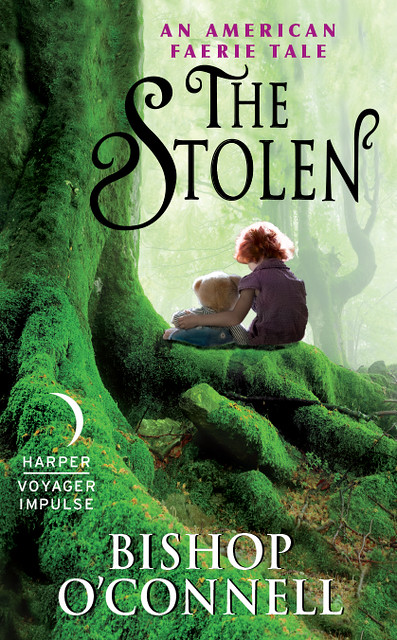 Author Bishop O’Connell knows it’s easy to be “the hero” when you’re the Chosen One, full of magic and destiny. But what about when… you’re not? What does being a hero mean then? O’Connell thinks about it in his novel The Stolen, and today, in his Big Idea piece.

I’m a geek. When I was younger, I played Dungeons and Dragons, Car Wars, and various RPGs. I collected comics, and even started a roleplaying club at my high school. I spent a lot of time imagining strange and amazing worlds, and dreaming of escaping into them. I wanted to be the hero; sometimes in shining armor, sometimes shadowed and mysterious. As I matured, I began to wonder what it would be like if a supernatural reality existed just beneath the surface of our world. I didn’t outgrow my desire to be a hero, but my ideas became less whimsical and more practical. What if I discovered a real world of magic and wonder? And what if I wasn’t a skilled and powerful hero, but just me, as I am? How cool would that be?

Um, am I insane? I’d be scared out of my mind! So what then, would it take for a normal person to be tossed into a world of magic and monsters and not be reduced to a whimpering, fetal ball? That person would need a reason to get up, something larger than the fear.

I’ve always been a storyteller, by the time I entered college and began to take my writing seriously, I’d fallen in love with faerie tales and folklore. So I decided to write a modern faerie tale. My novel, The Stolen, began as a short story based on the poem “The Stolen Child” by W.B. Yeats, but with a twist. My initial backdrop was a world where all of the monsters we knew were real, but not quite as we believed. Vampires, werewolves, demons, and zombies were, in fact, faeries. The passing of time had warped our collective human memory of them into the pantheon of urban fantasy monsters that we know today.

That idea didn’t last. I didn’t want to make another vampire book. I wanted something of my own. My short story’s plot was sound, but the child-stealing faeries needed some kind of transformation, and that was when I decided the key would be change. That was my first Big Idea.

Faeries are static in most stories, never developing or growing past their mythic origins. It made sense to me that if they lived alongside humanity, even hidden from view, they’d be impacted and shaped by our influence. For example, why use magic when technology is easier and readily accessible?  So, my faeries became urban faeries. They didn’t ride horses or carry bows. They drove sports cars; had guns, cell phones, and stock portfolios; and owned night clubs.

I found my second Big Idea in the “The Stolen Child” as well. It paints the luring away of a child by faeries as something wondrous. I love the poem, but it’s one-sided. Any parent must find the idea of his or her child being taken a nightmare that would put the darkest horror story to shame. There could be no better reason to stand and face the darkness than to save your child. So what was my second Big Idea?  To write a story about a normal person who is tossed into a terrifying world, and not only finds a reason to stand up, but becomes a hero. Not because she wants to be one, but because she doesn’t have a choice.

Caitlin is a single mother whose knowledge of faeries and magic comes from Disney movies and the stories her immigrant grandparents told her. She can’t hurl magic or wield a sword, and she isn’t “the one” mentioned in any prophecy. Her only super power is the ability to make a little girl laugh, and give that child a good life. When Fiona is kidnapped, Caitlin has a reason to face a dark and terrifying reality, but she’s lacking in the skills to survive it. That means trusting others, which seems like a simple thing, but is it really? Even parents of a child kidnapped by a human monster must bristle at the thought of trusting the authorities to rescue their baby. And those are entities we’ve been taught to rely on in desperate situations. Trusting strangers—some of whom are also faeries—and a friend who hasn’t been honest, would be a nightmare of its own.

As I wrote the story, I found was that being a hero isn’t simple, not in reality. It means living with the consequences of your choices and mistakes, even when those choices are ones that no one should ever have to make. It would’ve been easy to put my hero in shining armor on horseback. But if we reduce heroism to something as clichéd as picking up a sword at the last minute to strike down the dragon, or discovering a character had the magic to defeat the monster all along, we do a grave disservice to every hero, real or imagined.

Being a hero has costs, but a hero pays them and doesn’t begrudge it after. That’s where real heroism resides, not just in the moment of heroism, but after it’s done and the bill comes due. My heroes, all of them, became more than I ever imagined: flawed, imperfect, sometimes weak, often times in over their heads, and just as often fighting for hope as for what’s right. I know they say reading a good book changes you, but I wasn’t expecting to get the same experience from writing one. I have a deeper respect for heroes now (both literary and real), and a better understanding of what it takes to be one. I also honestly hope neither I, nor you, ever has to be one.