If you’ve been following me here and on Twitter this week, then you know I’ve been delighted that Lock In has been doing very well in terms of sales: It hit the New York Times Hardcover Fiction best seller list and a few other lists as well. And in doing so, the list shows that the book is seemingly all over the charts.

For example, Bookscan, whose lists note sales at bookstores (well, some bookstores — the ones that report to Bookscan) reports Lock In as the #1 front list science fiction seller last week. The New York Times reports it as the #20 hardcover fiction book. The USA Today bestseller list, which I got sent to me today, ranked the book at #107 — which seems a far cry from #20 or #1. So what’s going on?

The answer is that all these lists report different things. Bookscan, as noted, reports bookstore point of sales, and the list in this case is confined to science fiction books (or even more specifically, books identified as science fiction), and to “front list” — books that are new to the market. Bookscan gets reports from many but not all bookstores, and focuses on print sales. So many sales won’t get reported — sales from some indie stores, sales of electronic books and audiobook sales are not part of these reported numbers. The discrepancy is sometimes significant.

The New York Times, as I understand it, uses a combination of sales, sampling from specific bookstores and a few particular guidelines for each list it generates to create its rankings. So the Hardcover Fiction list focuses (generally) on new releases in (surprise!) hardcover fiction, not considering electronic or audio sales at all (NYT also has electronic only lists, as well as combined print/electronic lists, plus various fiction and non-fiction lists).

The USA Today list doesn’t make any distinction between fiction and non-fiction or between older and newer books, or between print and ebook (although I think audio is still excluded); it simply puts them into one big pile and tells the ranking of everything that is selling that purports to be a book. On the USA Today list, Lock In competes with everything from 50 Shades of Grey to To Kill a Mockingbird to Minecraft strategy guides.

These variances may lead you to ask which is really the most accurate bestseller list, and the answer is: Well, based on what? Bookscan is based on pure sales — but only sales that Bookscan tracks. NYT chops up sales into categories and adds a few twists to the pure sales number, presumably to give a clearer picture of what’s really moving among newer books. USA Today loads all books into the same pile but also does “analysis” based on sales. Again, each of these lists (and any other list you might name) are working off different numbers, and using different ground rules.

At the end of the day, what the best seller lists do is not exact. What they do, both individually and as a gestalt, is give you some idea of which books are the front of sales and front of mind, from week to week. I’m happy to say that what it means for me, no matter how you slice it, is that Lock In did pretty well for itself in its debut week. And that works for me. 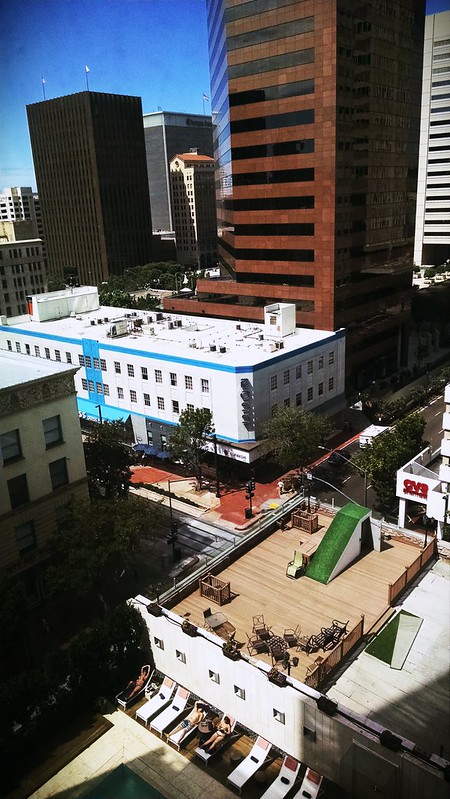 San Diego! One of my favorite cities on the planet. And it’s a gorgeous day here, too. What more could you ask for.

Today, I’ll be at Mysterious Galaxy bookstore at 7pm. It’s one of my favorite bookstores, and Mysterious Galaxy has always been a huge supporter of me and my works, so I’m always happy to come by and spend time with them. You should come by, too, and, of course, being everyone you’ve ever met.

Tomorrow, I’ll be at Prairie Lights in Iowa City, Iowa, also at 7pm. It’s the first time I’ve been to the bookstore since 2007 and my first book tour, so I’m excited to be back again. Come on by!

It looks like this blog is no longer the first term that pops up when you enter the word “Whatever” in Google — it’s been supplanted by a YouTube channel of the same name. Thus ends a decades-long domination by Whatever of the word on the world’s pre-eminent search engine. All glory is passing.

How do I feel about this? I am curiously lacking angst about it. One, it’s still the number two entry for the word, i.e., not at all difficult to find, really. Two, YouTube is a Google property, so I would not be surprised if it lends YouTube channels a little extra search engine juice. If so, that’s fine too. Three, well, you know, a decade is a good run for owning a relatively common word in the English language on a search engine.

In any event, I still have the corner locked on “Scalzi” on Google, which is, strangely enough, the word people search on most when they are looking for me. I suspect I will be fine, Google-wise.