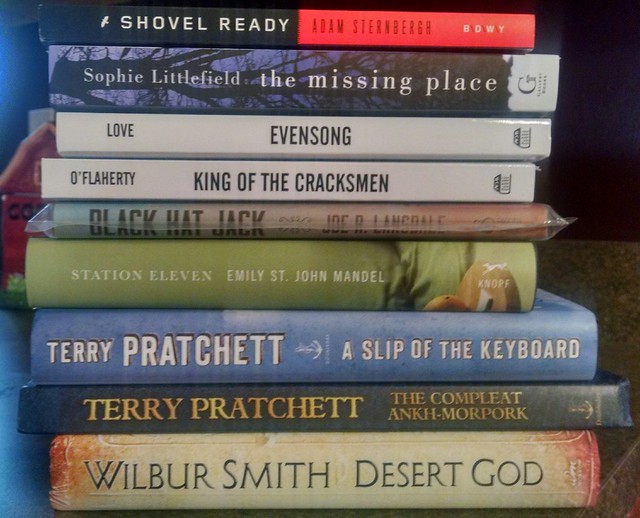 End of the week is here, and it’s a good time to show you what’s come into the Scalzi Compound, in terms of new books and ARCs. Anything look particularly interesting to you? Let me know in the comments.

← Hello, Friday. Have Some Mary Lambert
Redshirts in Korean and Polish →