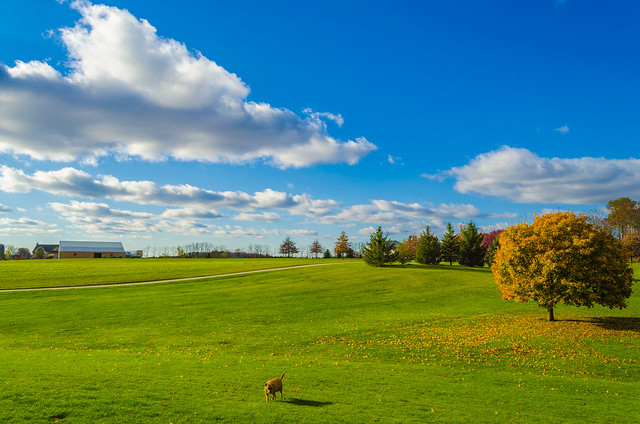 So far, so good. We’ll see how goes from here.

Today is November 1st, which means the beginning of National Novel Writing Month, in which newer writers are encouraged to write a novel in the space of the month. To my mind the challenge is not to write a good novel, or even a salable novel, but just a novel — a story of sufficient length to be called a novel (NaNoWriMo uses 50,000 words as a marker, which is actually slightly short for modern novels — 60k is usually the lower bound — but even so). “Good” and “salable” come later. The real advantage to NaNoWriMo, at least in my mind, is to get folks who are intimidated by the length of a novel to realize that it’s not actually an intimidating number of words if you just plug away at it, every day. That’s in fact how writing gets done.

I don’t have a lot of handy information on how to tackle NaNoWriMo — if you’re a new writer and you want some help on that score, Scott Westerfeld and Justine Larbelestier have a whole stack of NaNoWriMo advice columns here, which I can heartily recommend — but I do want to offer some encouragement to folks who are wondering if the “just power through a novel in a month” idea is a good, useful or even sane idea. So, lean in, people, and hear my secret:

Lock In? My novel that was released this year? Totally a NaNoWriMo novel.

Which is to say that the vast majority of it — roughly 90% of its 80k length — was written last November. I had written a previous version of the book that did not work at all and had to chuck nearly all of it, create a new main character and substantially revise the storyline to accommodate the new character. And I was looking at a December 1 deadline.

So what did I do? Well, I sat down in front of the keyboard every single day in November and wrote at least 2,500 words. And piled up the pages. And at the end of the month, I had my novel. It was done. And then I sent it in. And then I slept for a week.

I did it that way because at that point I had to, deadline-wise. But the fact of the matter is that it was possible to do it that way because every day I wasn’t writing 80,000 words, I was writing 2,500. That’s ten pages, double-spaced. Totally doable.

And how did it turn out? Well, in my case, pretty well. Lock In’s got some of the best reviews of my career, was a best seller on several lists including the New York Times hardcover list, and it’s been optioned for a television series. Bear in mind I’m a professional novelist and this is what I do and that I wrote ten novels before this, so obviously my personal experience as a writer comes into play here. But none of those things would have been possible if I didn’t first just sit down and write the thing. Writing the novel — getting it done — is the key to anything and everything else that can happen to a novel.

So yes: Writing a novel in a month can happen. And that novel you’ve written in a month can perhaps go on from there. But first, sit down and write it. Put it into words and don’t worry about anything other than getting it down on the page. A couple thousand words a day and you’re on your way. You can revise and shape later, worry about whether it is good and whether you can sell it later. For now, just get it down. It’s not rocket science, it’s just work. And you can do it. I know because I did the same thing, last year.