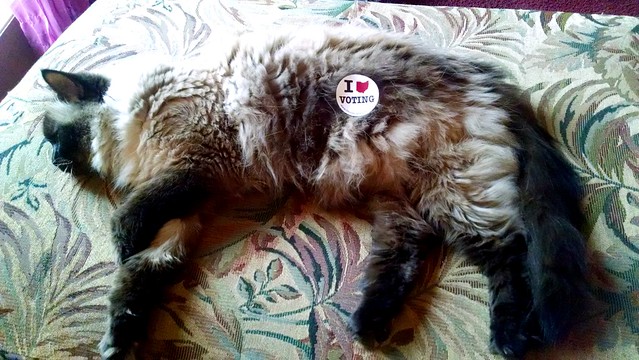 And yes, I did. As usual for me, I did not vote a straight ticket; I voted for Democrats for some positions, Republicans in others, and even for the Green party (albeit largely as a protest vote) for another. Party, platform and person all were duly considered prior to vote. As it should be.

Let me know in the comments when you have voted!

186 thoughts on “US Folks: Remember to Vote”