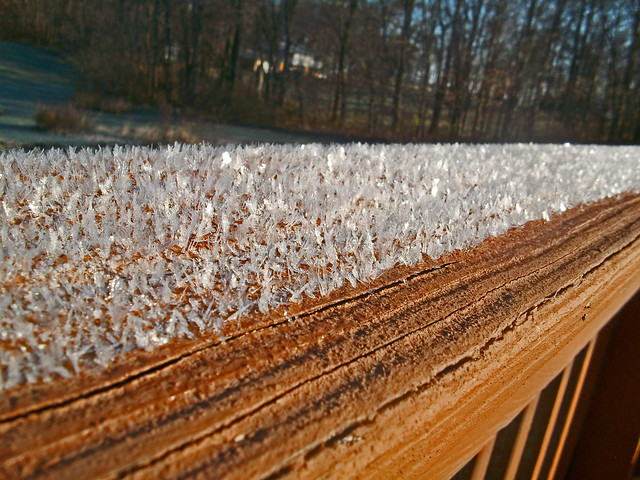 The Polar Vortex has Ohio in its grip, but in this part of the state at least that hasn’t meant snow. Just frost, which, eh, I can live with for now (I do not believe in snow until after Thanksgiving. I think that’s reasonable). Krissy went out and took a couple of pictures of the morning frost to show off. Here you go. 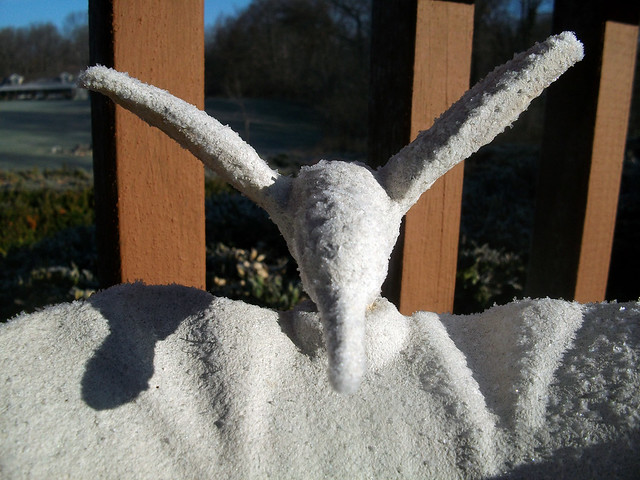 In other news the writing has been going well. I’ve landed on a writing quota of 3,000 words a day to finish up before the end of the year and I’ve been hitting the quota daily (that’s on weekdays, although I’ll likely be writing/editing a bit on weekends/holidays as well), so that’s good. The writing’s not bad, either, so that’s a bonus. As noted here previously, I’m not doing much updating here during November, but once I hit my quota you can see me tooling about on Twitter. After 3,000 words (which is a nice clip but 50% more than my standard 2k/day clip), crafting 140-character comments is about what my brain can handle.

Any plans for the weekend?