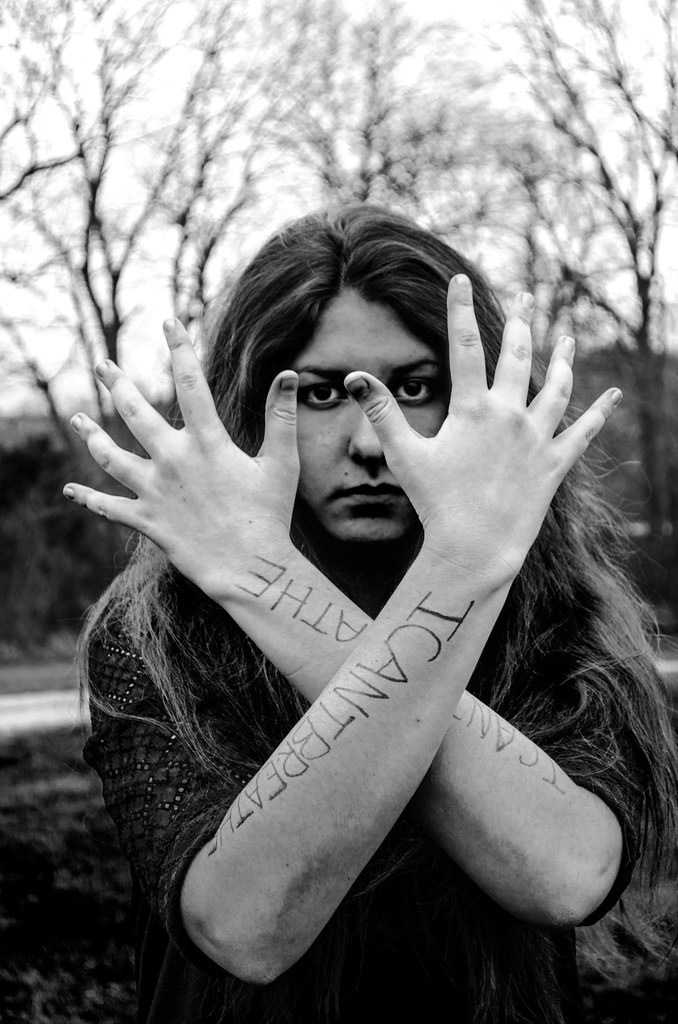 This morning, unbeknownst to me, my daughter decided that she needed to make her views about the Eric Garner grand jury decision known to the folks at her school, so she dressed in black for mourning and wrote the words “ICANTBREATHE” on her arms. And then off she went to school, here in rural, conservative Bradford, Ohio.

Where, as it happens, she encountered no major pushback for her political speech. Some of the kids asked her about what the words meant and at least one of the teachers commented that of all the kids in the school, she would be the one to make a protest. But in terms of her getting crap for it, nope. Which speaks well of the little rural conservative town in which we live, and the people with whom my daughter goes to school, students and faculty both.

(It may also say something about the Garner case, in that I’ve seen concerns about it from all sides of the political spectrum. I’m not going to go deeply into that at the moment, however.)

As a parent it’s very interesting to watch my child’s developing political and social thinking on all sorts of topics. Some of her thinking she inherits from me and her mother, obviously. But there’s a whole side of her thinking that comes from her own view of the world and her own take on various subjects. It’s a reminder that children surely and inexorably become their own people. I’m proud of my kid that she’s thinking about things outside of her immediate self-interest, and that she’s willing to deal with potential flack for those thoughts.

She’s not always going to get it “right” — but then I don’t always get it right, either, and I’ve got 30 years on her. But she’s finding her voice and remembering to listen. I’m very happy about both.

61 thoughts on “The Kid Makes Her Point”