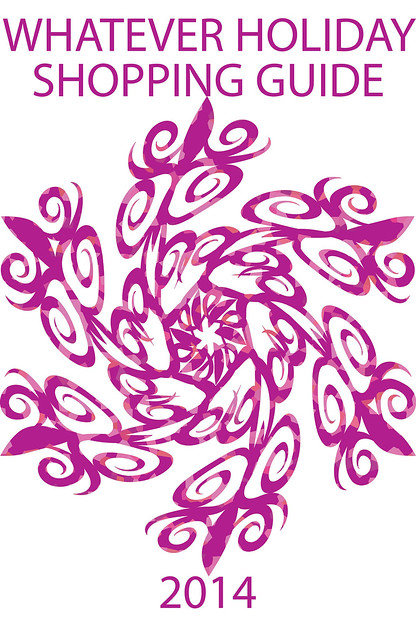 For the first three days of the Whatever Shopping Guide 2014, I’ve let authors and creators tell you about their work. Today is different: Today is Fan Favorites day, in which fans, admirers and satisfied customers share with you a few of their favorite things — and you can share some of your favorite things as well. This is a way to discover some cool stuff from folks like you, and to spread the word about some of the things you love.

2. Individually created and completed works only, please. Which is to say, don’t promote things like a piece of hardware you can find at Sears, shoes from Foot Locker, or a TV you got at Wal-Mart. Focus on things created by one person or a small group: Music CDs, books, crafts and such. Things that you’ve discovered and think other people should know about, basically. Do not post about works in progress, even if they’re posted publicly elsewhere. Remember that this is supposed to be a gift guide, and that these are things meant to be given to other people. So focus on things that are completed and able to be sold of shared.