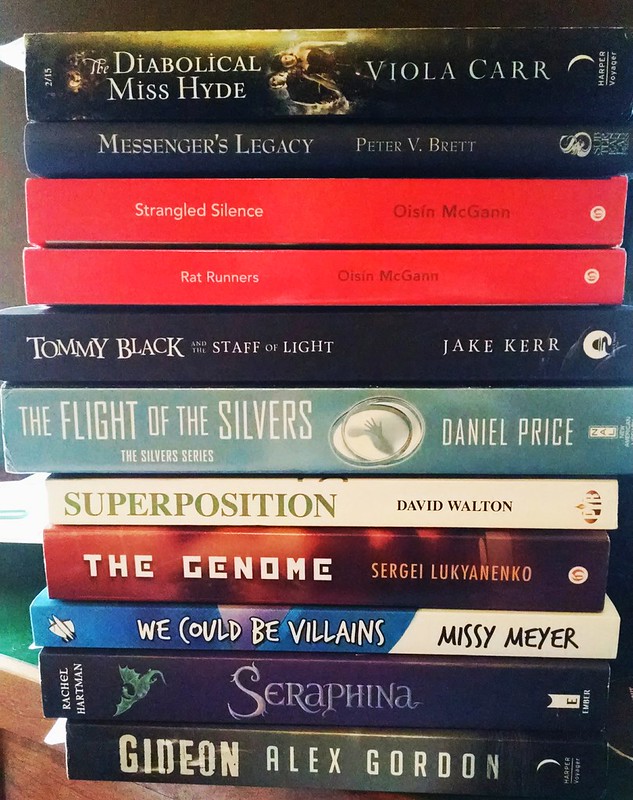 This will be the last of these, I expect, of the year, so: What here looks good to you? Share in the comments. 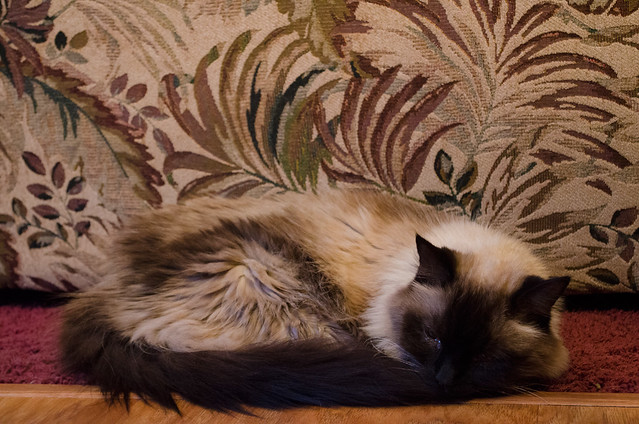 I know many of you are curious about how Ghlaghghee is doing, so: She’s still with us and the medicine she’s taking to clear out the fluid in her lungs seems to be doing the job, since she’s not been having any of the troubling horking coughs which were troubling her before. On the other hand she spends almost all of her time sleeping and when she’s not sleeping she is moving very very slowly, and not whole lot. So while I think the danger of imminent death has been lessened, I’m not entirely sure she’s better. Again, we’ll have to see what happens. In the meantime and at the very least, she’s comfortable and cared for.

I do want to take a moment and thank the folks, here and on Twitter, who has been sending good thoughts our way. It’s kind of you to do so, and appreciated.

Over at Wired there’s a piece on the JoCo Cruise, the annual pilgrimage of nerds and geeks to the Caribbean, via a cruise ship, whilst they are being entertained by nerd celebrities like Jonathan Coulton (for whom the cruise is named), Paul & Storm, and, this year at least, me (I’m running a writing track on the ship). The piece is written by Adam Rogers, an editor at Wired, who in the interest of disclosure I met and became friendly with during the cruise (I’m quoted a couple of places in the piece).

It’s an interesting piece, in part because a significant thread of the story is Adam’s personal reaction to the cruise, which is filtered through the process of grappling through his own personal nerdiness. Adam is both attracted to and unsettled by the community and dynamic of the JoCo cruise — he considers the idea that the cruise both constitutes a  “victory lap” for geek culture and may suffer from epistemic closure — and of course he has to spend time digging into both.

On balance I think it’s pretty fair to the cruise and the people on it. It’s easy but not quite correct to say that Adam’s overthinking what is, at the end of the day, just a cruise. One, because overthinking is what geeks and nerds do, after all. Two, because while it is a cruise there really is a community dynamic to the thing that makes it more than just a cruise, and that community is in fact specific to the cruise, not just an extension of the larger geek community. I don’t know if people who go on, say, the National Review cruise think of themselves as a specific community in the same way Seamonkeys (JoCo cruise attendees) think of themselves as one, but I have a feeling that what’s going on with the JoCo cruises really is its own specific thing.

I will say it’s the reason this JoCo Cruise will be my third one, however. I honestly don’t give a crap about the trip — either the ship or its destinations; cruise ships are like hotels with malls dropped on top of them, chucked out to sea, and while it’s nice to be in the warm sun in early February, it’s not as if the cruise destinations give you an authentic island experience. I like the people on the cruise and the nice little world they create on the ship. It’s the feature that keeps me coming back.

In any event, the article is a good read and I can recommend it. It does make me feel a little sad for Adam, though. As a journalist he had to spend a lot of time thinking about what the cruise meant, which speaking from some experience meant standing outside of it. I think he might enjoy it from the inside next time.