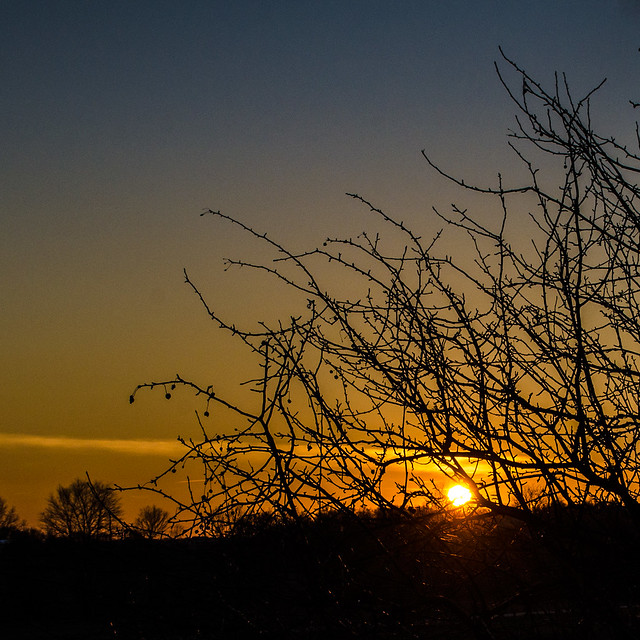 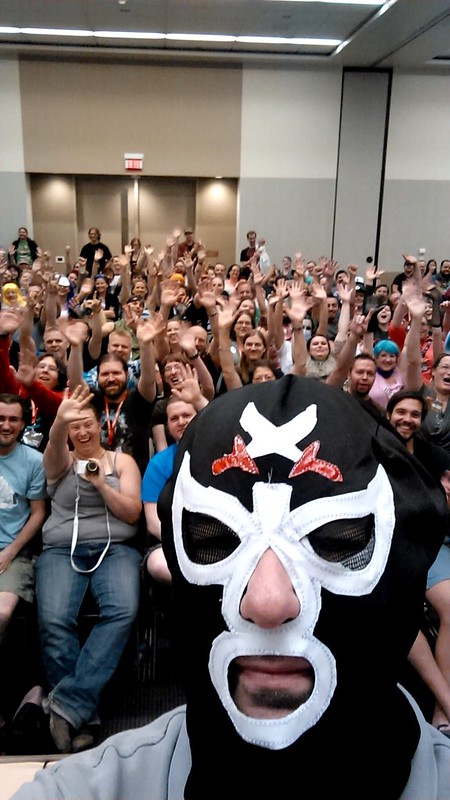 Well, you know. It was all right.

Career-related highlights: Lock In came out and hit the NYT and other hardcover bestseller lists, which was nice. It also sold very well in other formats, including audio, where (or so I was informed) it’s become Audible’s number one pre-ordered audiobook ever, no doubt helped by the dual narrations from Wil Wheaton and Amber Benson. It also got some of the best reviews on my career (including a starred review trifecta from Publishers Weekly, Booklist and Kirkus), and ended up on a healthy stack of end-of-the-year “best of” lists.

Unlocked, the companion novella to Lock In, did pretty well, too; the Subterranean Press signed, hardcover burned through its limited run impressively quickly, and it got pretty good reviews from Publishers Weekly and other places. Aside from those two, I placed a short story in Popular Science, which is kind of a kick. And of course The Human Division came out in paperback.

Oh, and Lock In, Redshirts and Old Man’s War were all optioned for television.

Creatively speaking, I have to say I was pleased with the general reaction to both Lock in and Unlocked. Several reviewers noted that the book was a bit of a departure for me, subject-wise. I don’t know that I think that’s entirely the case — outside the Old Man’s War universe my science fiction output is reasonably broad — but I think it’s correct I’m best known for writing the military space opera of the OMW series. I’m glad people seem happy to go along for the ride even when I’m not shooting aliens with big guns.

I’m also happy that the issues of disability politics in both Lock In and Unlocked were picked up on, acknowledged and discussed. As I’ve noted elsewhere, I don’t flatter myself to be an expert on these issues; nevertheless I hoped to offer an at least somewhat realistic presentation of how people with Haden’s, the disease in the book, would interact with the world and see their own disability (including whether they considered it a disability at all). So I pleased that it became a topic of conversation, with regard to these books.

(I was also very pleased about that other thing I did with Lock In, and how people responded to it — or didn’t, which was a thing in itself. I’ll note this thing is something that certain cranky folk in science fiction/fantasy argued was just the sort of thing that never sells and murders careers. Well, obviously, I don’t know about that. What I think on the matter is that, in fact, you can write whatever the hell you like, however the hell you like to, and you’ll very often get lots of people to come along if you’re also entertaining enough about it.

However, as at least some of the people who believe this thing murders careers also appear to believe I am at the center of a grand publishing conspiracy to overinflate the number of books I sell, possibly for nefarious, politically correct purposes, I’m not sure my counter-argument here will be particularly convincing to them. I’m okay with that. People who have to develop such infantile-yet-baroque conspiracy theories about the current state of my career deserve the angina these conspiracy theories provide them.)

Books aside, the thing that distinguishes 2014 for me is the sheer amount of travel I did in it. The travel was primarily for two purposes: One, to sustain the momentum of Redshirts, which won the Hugo in 2013, and to sell Lock In. The former took up a lot of the first half of the year; the latter, the second half. The good news is that by and large the “get your ass out there” plan worked like it was supposed to.

The less good news is that, bluntly, it’s messed with my ability to focus on writing. I announced I started writing on The End of All Things in May; this turned out to be, uh, optimistic. I’m still writing it (and what writing I did in May has largely been chucked, which means that those of you who heard me read that excerpt of the book on tour will probably be the only people to hear it, since it’s not in the book anymore). This is something I obviously need to deal with, since touring and public appearances really are key for me and yet I still have to write books. These are the proverbial high class problems — “Oh, no! Touring and appearances and being treated like a rock star make it hard to focus on my art!” — but yeah, still actual problems.

(Don’t worry, The End of All Things will still be turned in on schedule. Because if years of journalism taught me anything, it’s that you don’t miss deadlines. Also: It will be awesome. Promise.)

Moving away from career stuff and into the personal realm, and speaking very generally because there’s only so much about my personal life you get to know about — 2014 was actually really nice. Travel messed with my creative output a bit, but it meant that I got to see a lot of people I like/love/care about who I might have otherwise not seen if I had simply holed up in my office all year, including people I had not seen for a while and in some cases for decades. I wouldn’t have traded that. At home, with the exception of Ghlaghghee developing her heart condition, things are well, and I continue to be amazed that I get to be married to Krissy, and happy about how amazing a human my kid is turning out to be. I am, flatly, blessed to know and be with wonderful people, at home and in my travels.