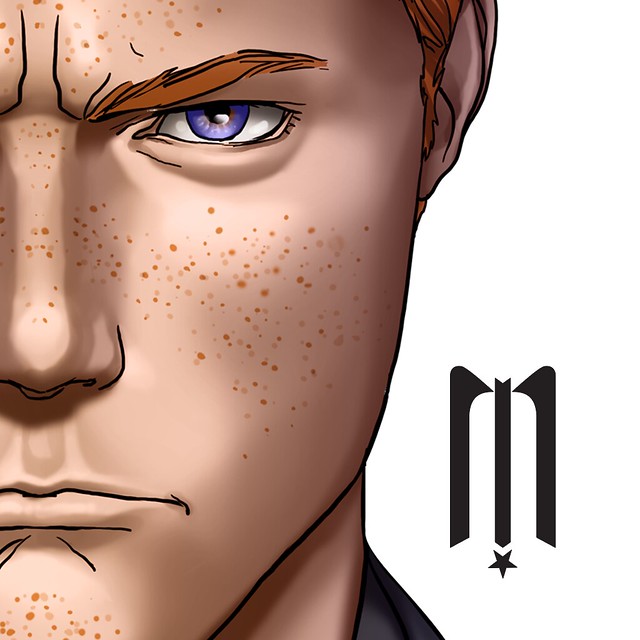 Most of you know by now that for the last couple of years I’ve been working with game studio Industrial Toys to help create a mobile-based video game called Midnight Star, and an accompanying graphic novel (also for mobile devices) called Midnight Rises. During that time we created, and tweaked, and beta-tested and tweaked some more. And people asked: When? When will we see these for ourselves? And I always said: Soon, I hope!

Well, in the case of Midnight Rises, “soon” now has an actual date attached to it: I’m delighted to announced that Midnight Rises will be available for iOS devices on January 29th, i.e., less than a week from now. In less than a week you can meet Charlie Campbell and the crew of science vessel Joplin as they prepare for a secret mission! There will be spaceships! Fights in bars! Sarcasm! And also, technologically speaking, a very nifty way of making a graphic novel work with the mobile interface, not just in it. Midnight Rises was written by me and illustrated by Mike Choi, who did a fantastic job.

Midnight Rises will be available as its own app, and the first chapter of the story will be free for the reading. My understanding is it’ll be available worldwide, but I’ll need to double check with Industrial Toys on that (they will have their own post up about it soon (Update, 12:37pm: Here it is!)). We’re doing iOS first, but I believe other formats will follow.

I’m excited for you to see this graphic novel. It’s my first, and I had fun with it. I think you will too, when you see it next week.

And Midnight Star? When will it be out?