The Legion of Scalzi Smartphones 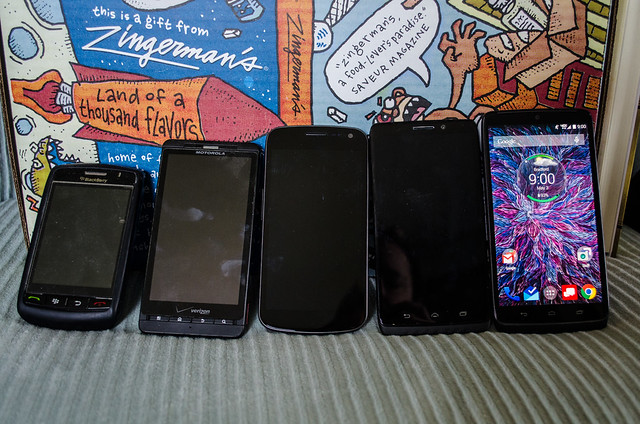 I upgraded my cell phone yesterday; as with the previous times that I upgraded, the former phone was left in my custody. So here is the entire history of my smartphone usage, going back to the Blackberry Storm, which I acquired in late 2008, followed by the Droid X, the Nexus 4 (which died an early, ignominious death), the Droid MAXX, and now the Droid Turbo. Seven years, five phones. That’s about right.

Clearly I have a thing for the Droid line, and I will tell you why that is: Battery life, as in, the Droids can go an entire day and more without needing to recharge, which is very important to me because I travel as much as I do and occasionally am not in the vicinity of a wall outlet to recharge (I also tend to carry a ridiculously large backup battery with me much of the time, but the point is with the Droid line, that’s a “belts and suspenders” tactic). I also like Motorola’s implementation of the Android OS, which is basically to leave it alone except for a few actually useful apps (Verizon, my carrier, on the other hand, loads the phone down with crap apps, the lone exception being their almost miraculously good messaging app).

The Droid Turbo is basically a nice level up from the Droid MAXX: A screen with four times the resolution (I can’t see the pixels anymore, and neither can any normal human), more RAM and storage, better processor, and better front and back cameras, the latter of which, at least, I’ve already taken some decent pictures with: 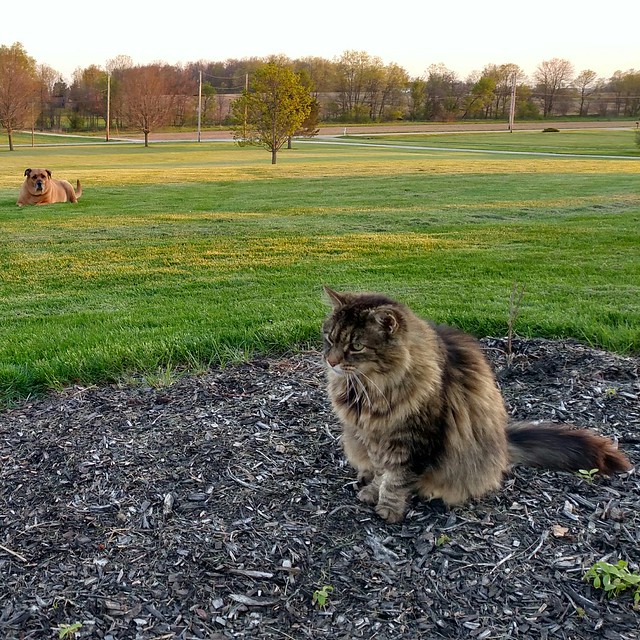 I understand the phone also takes 4K video, which seems excessive, but then what seems excessive today is substandard tomorrow, so, okay. In all, it’s a nice upgrade and as far as I can tell after a day of having it, I’ll be pleased to own it for the next year or so until I upgrade again (I’m on Verizon’s EDGE plan, which allows me to do that).

If you’re with Verizon and are looking for an Android phone, I can happily recommend the Droid line. They’re not necessarily the sexiest phones out there at the moment, but a sexy phone with a dead battery isn’t very sexy, in my opinion.

48 Comments on “The Legion of Scalzi Smartphones”