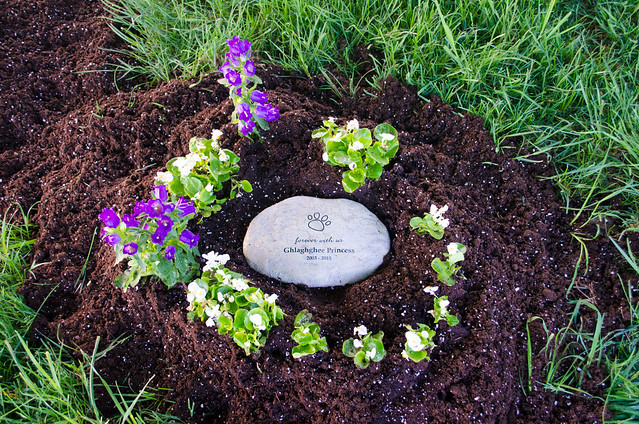 Krissy got a headstone for Ghlaghghee’s grave (underneath the maple tree in the back yard) and planted flowers around it. And yes, I got a little choked up about it. She was a good cat and I miss her. But it’s a lovely little marker, and I’m glad it’s there. It was a very good present for me.

(Warning: Hugo neepery follows. Avoid if you’re bored of it.)

It’s been a week or so since I’ve posted about the Hugos here, so that’s good. But there’s a persistent shibboleth I see bruited about, which is that the events of this year have in some way destroyed the Hugos (most recently here, in an otherwise cogent set of observations). I’ve addressed this before, but it’s worth addressing again. Here it is:

1. No, the Puppies running their silly slates have not destroyed the Hugo Awards. What they have done is draw attention to the fact that the nomination system of the Hugos has a flaw.

2. The flaw: That an organized group pushing a slate of nominees can, if the group is sufficiently large, dominate the final ballot with their choices.

4. The flaw is fixable by addressing the nomination process so that a) slating is made more difficult, while b) the fundamental popular character of the Hugos (i.e., anyone can vote and nominate) is retained. There are a number of ways to do this (the simplest would be to allow folks to nominate three works/people in each category and have six finalist slots on the ballot; there are more complicated ways as well), but the point is that there are options.

5. The nature of the Worldcon beast is that these changes will take a couple years; in the meantime, everyone who nominates (and votes on the final ballot) deals with the fact there are a few people out there who want to crap on the process because they’re whiny stompy children and/or complete assholes. It’s annoying but it’s dealable, so we deal with it until fixes can be made. We’re grownups; grownups sometimes have to deal with whiny stompy children being assholes.

Mind you, the Puppies would be pleased for you to think of them as deep thinking masterminds who are always one step ahead. But, you know, it doesn’t take a mastermind to exploit an aspect of a nomination system that everyone knows is there but no one else exploited because they are grown adults with enough social skills to know better. It just takes someone willing to be an asshole. Masterminds may be assholes (I’ve not met enough masterminds to say), but being an asshole is not sufficient to be a mastermind — and I have met enough assholes to feel confident about that. No one among the Puppies is a mastermind. They are merely assholes.

(This is why the people who have decided to vote “No Award” ahead of anything or anyone on a slate should not feel in the least bit bad about doing it: It’s perfectly fine and well within the rules to vote against people who wish to confirm to the public that they are assholes, and are using the Hugos as the instrument of that confirmation. You don’t give a toddler a candy bar for throwing a tantrum. There are also reasons not to do a blanket “No Award” vote, but let’s not pretend that the “No Award” option isn’t valid. It is. It’s a way of saying “nice try, but no, and also, you’re an asshole.”)

And yes, it’s a shame that now we have to factor rank assholery into the Hugo nomination process, but there it is, and the sooner it’s dealt with the better. Then the Hugos can get back to what they’ve been good at: A popularly-voted genre award that, for all its flaws, does a relatively decent job (particularly in conjunction with the other genre awards) of taking the temperature of the field in each particular year.

So, in sum: Hugos not destroyed; flaws in process revealed; flaws are fixable; some people are just assholes. 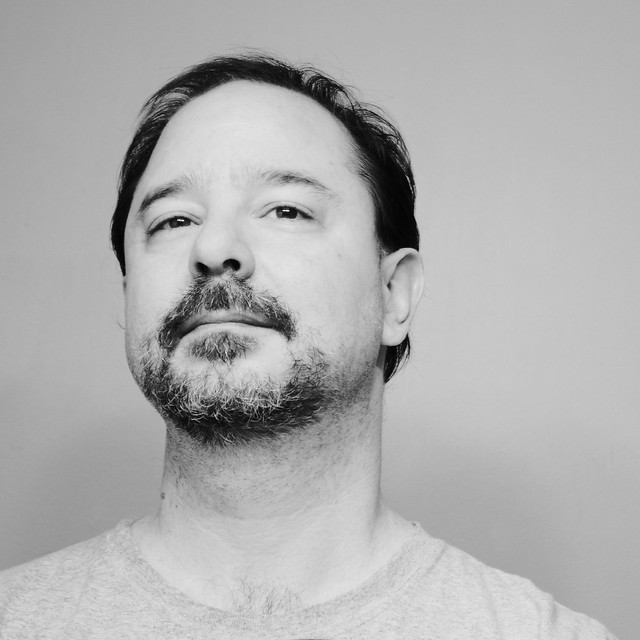 And here we are again, another spin around the sun. And what can I say about it other than I continue to recognize that I am one of the most fortunate humans on the planet, in that I have a job I love doing, a family I love being a part of, friends whom I love being with, and a life that I strive every day to be worthy of. Without going into great detail about it, the week immediately preceding this particular birthday reinforced to me that this is indeed a good life, if I’m smart enough to keep it. I wish I could communicate adequately how grateful I am for all of it.

That’s all I’m going to say about that for now. I hope you will have a good May 10. If you’d take a moment during the day to tell someone you care about that you’re glad they’re in your life, I’d consider that a fine birthday present. It’s Mother’s Day here in the US (and probably elsewhere; I haven’t checked), so in one sense for many of you this will be taken care of. But other people will be happy to hear it as well, I’m sure.