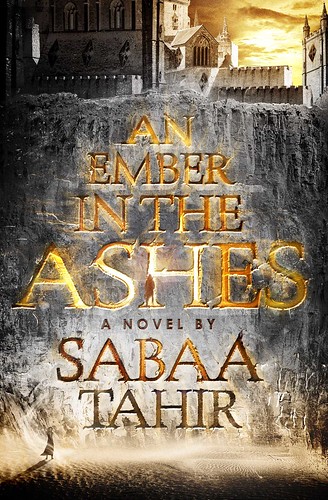 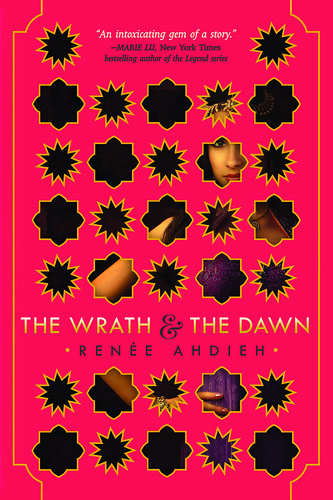 Sabaa Tahir and Renée Ahdieh are authors of young adult fantasy, with books releasing in April and May, respectively. Their novels are both inspired by unique settings, so they decided to interview one another for The Big Idea and share how they approached worldbuilding from different perspectives.

RA: The desert is a huge part of An Ember In the Ashes, but it’s not a setting we see in a lot of YA high fantasy, except in passing. What led you to pick it as your primary setting?

ST: I grew up in the Mojave Desert of California, midway between the highest and lowest points in the continental U.S. Living in such an extreme place made me feel like the land had a distinct personality. Sometimes, the desert loved me, like in the middle of a thunderstorm, or in the early morning, when a breeze came off the mountains. Other times, the desert hated me—like when it was 115 degrees out and the asphalt melted beneath my feet.

But it was always beautiful and dramatic. When I started writing Ember, I knew it was going to be a story of extremes—so the desert seemed like the perfect setting for it. It’s the place I know the best, so in a sense, this was also my way of paying homage to that.

RA: I could absolutely sense that in your writing—a world of extremes. It was both beautiful and harsh. So wonderful.

ST: Thank you! Speaking of wonderful, one of the things that struck me in reading The Wrath and the Dawn was the way you depicted food and clothing. It was so rich and evocative. Tell me about your inspirations.

RA: Thank you so much! I used to write for a food magazine, and food is a great passion of mine. When I began writing Wrath, I spent a lot of time researching Persian cuisine, which provided much of the inspiration for the food in the book. I knew I wanted those particular scenes to resonate with a reader. Some of the books I remember most fondly as a child did that for me—The Redwall series, for instance. I still want to try hotroot soup and beetroot pie! Similarly for the clothing, I did a lot of research into sartorial trends during both the Sassanid Empire and the Abbasid Caliphate. The importance of authenticity was always at the forefront of my mind.

ST:  I’d say you pulled it off very well. The first time I read Wrath, I stopped to cook myself a kebab feast because I got so hungry.

RA: Ah, kebabs! I’ll have to make plans to stowaway for the next feast. But before that, I’d love to know how you went about building the world of Ember.

ST: Like most of my writing process, I did my worldbuilding in layers. I didn’t want something strictly Roman, strictly Middle Eastern—or really strictly anything. I wanted a setting that reflected the complexity of Ember’s world. Much of the book takes place in the desert city of Serra, a place that was once beautiful, but that has been conquered and transformed. To reflect this, I wanted a mix of architectural design: the mud-brick houses of a recently created ghetto; the gentle arches of an old, beautiful city; the brutal simplicity of a black granite military academy. I layered each style in over multiple drafts, in the hopes that they ultimately reflected a city with a complex history.

RA: I love hearing about how you approached the setting and the architecture in Ember because it’s so different from what I did and so reflective of Ember’s tone and themes.

ST: How did you approach creating setting in Wrath?

RA: I knew I was going for something atmospheric and almost dreamlike. The world of Khorasan is loosely based on ancient Persia, but the palace in which most of the action takes place is, in its own way, emblematic of the kingdom and its young ruler, Khalid. It’s cold and foreboding—made of marble and stone—but rich and full of history. I wanted the main character, Shahrzad, to realize that the palace—the kingdom—had many secrets in its shadowed corners.

ST: Shahrzad’s internal commentary on the palace and the world she’s thrust into is one of the best parts of Wrath. Specifically, I thought it was a great way to showcase her growth.

RA: I appreciate that so much, as the character development in Ember is done so well. I think a large part of that has to do with the fascinating backstories you created for each of them. Tell us about myth in your world. It can be such a big part of YA fantasy—what role does it play in yours?

ST: As with the setting, I blended various traditions to come up with the mythical underpinnings for Ember. Two quick examples:  I added middle eastern mythology based on the stories my mother scared me with when I was a little girl—Jinn, Efrits, Ghuls and other supernatural creatures. But there are also a group of seers called the Augurs in my book. Their myth is very loosely based off of the Pythia—more commonly known as the Oracle at Delphi.

RA: The scenes with the Augurs were some of my favorites in Ember.

ST: The inspiration for Wrath came about from The Arabian Nights. But I can also see some nods to Beauty and the Beast in it. How did you approach tackling such well-loved classics and making them your own?

RA: I think the key is just that: making it your own. It was daunting trying to shape something well-known and beloved into something fresh and new, but I think it’s important to step back and distance yourself from the source material, especially when you’re writing a retelling. You have to give yourself the freedom to make it your story.

3 Comments on “The Big Idea: Sabaa Tahir and Renée Ahdieh”