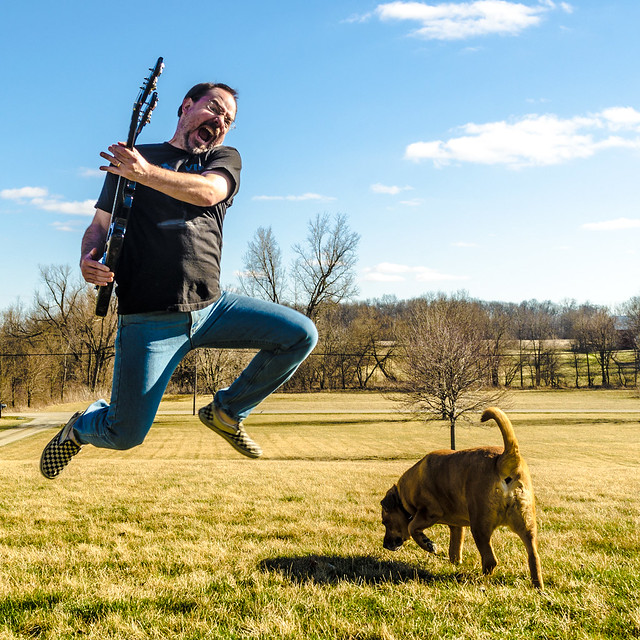 I know a lot of you have questions about the book deal I just agreed to, so let me just do that “fake interview” thing I do to answer some of the big ones. Let’s begin, shall we?

Wait, what happened? Sorry, I was really high last night.

Fair enough. Here’s the story in the New York Times, and for those of you who don’t want to click through, here’s the headline:

Yes, that was my reaction, too.

It is. Mind you, it’s spread out over a decade and thirteen books. And I only get the money if I actually, you know, write the books. But, yeah.

Is the deal some sort of record?

Don’t know, don’t care. Certainly people in genre (and out of it, obviously) make more per book. And it’s entirely possible that people have deals encompassing more books. In aggregate, yes, it’s unusually big. That said, the deal here isn’t about counting coup on other writers; I don’t care how much anyone else makes and if they make more than me, then good for them. It’s about something else.

What is that something else?

Stability, basically. Tor and I have decided to be long-term significant partners with each other. One of the very good things having a long-term relationship affords is the ability to plan, strategize and build on previous works and strengths. Or to put it another way, we know we’re stuck with each other until 2026 at least. Better find a way to make it work for both of us.

Also, I’m not going to lie: For the next decade I know where my money’s coming from. For a writer, that’s some nifty job security. Especially with a daughter coming up on college. Not having to search for a new book deal every book or two means I can spend more time writing, which I think is the thing we would all like me doing.

Thirteen books is a lot.

It is, but again, it’s over a decade. Between 2005 and 2015, I published seventeen books: eleven novels, five non-fiction books, and an anthology, which I edited and co-wrote (if you include The God Engines and Unlocked, novellas published as standalone books, the number goes up to nineteen). So based on previous history, this is a doable thing.

So, do you have thirteen books in your head?

As it happens, when I went in to talk to Tor about this, I presented the folks there with a proposed release schedule for the next decade, with synopses of every book. So, yes, I do. Will every single book I’ve proposed hit the shelves? Probably not; there’s flexibility for us to read the market and take advantage of what’s going on as it happens. But it’s always nice to have a plan.

What’s the plan, then?

* A sequel to Lock In, the title of which I shall now reveal exclusively here — Yes! I am giving myself an exclusive! — as: Head On;

* A new epic space opera series (two books planned at the moment, let’s see where it goes from there) in an entirely new universe;

* Another book in the Old Man’s War series (this one might be a few years, though, so be patient);

Yes! YA! Because I love YA, many of my favorite writers are in that field, and I have ideas that are best suited there. I’m really excited about this part of the deal.

Note well that I have no illusions that I am just going to waltz into the YA field and be successful — it’s a different writing field with different conventions, and one great way to screw up is to think “eh, it’s for kids, how hard can it be?” (Hint: really hard.) But I’m looking forward to the challenge.

So now we know what you make as a writer.

Well, you know what I’ll make from this particular deal, before royalties. There are other revenue streams: Audio isn’t covered in this deal, for example. Neither are foreign language sales, or film/TV. Plus there are royalties from my previous books. And so on. I do all right.

Is it awkward to have people know about your finances?

Not exactly but it has interesting social echoes. I used to talk about how much I made as a writer because I think it’s important that writers do talk about money — silence about money only works to the advantage of those who are paying writers (or not paying them, or paying them insultingly little, as the case may be). But after a certain point I stopped talking about my earnings publicly because Krissy wasn’t comfortable with it, and because after a certain point it stops being useful to other writers and starts looking like bragging. I don’t want to be that asshole.

At this point, there’s no reason to be overly coy about it, so I’ll note that I’ve been making mid-six figures a year for a while now, much (indeed most) from book sales. The deal is a reflection of that track record; please don’t be under the impression I would have gotten the deal if Tor didn’t think it could make that money back and then some. It also means I’m an outlier when it comes to book sales/income and I know it.

I’m comfortable with people having some idea what I make, but outside very specific circumstances (like, uh, this one), you probably won’t see me talk about it other than very generally.

Can I borrow some money?

Yes, but, I don’t get it all up front; that would be irresponsible of Tor. I get some of it up front, but probably not as much as you might think. Most of it I get like any other writer does — when I turn in the novel, and then when the novel gets published. This is a decade-long deal. The money comes in over all that time. I’m not going to be doing a Scrooge McDuck-like dive into a pool of coins, sorry. Don’t get me wrong, it’s a ton of money. Just broken up into manageable chunks over ten years.

So yeah, sorry, random Internet dudes. If you want my money, you’ll have to do it the old-fashioned way: Kickstart something I want to back.

Why are you sticking with traditional publishing! Think of how much money you could have made self-publishing!

Yeah, thanks, no. One, for various reasons, I find it doubtful that I would be making more self-publishing. I’m not going to go into those reasons at the moment because it’s a long slog, but, you know. Trust me on this for now. Assume I know my business pretty well after all this time.

Two, look, I like to write, and I don’t mind marketing myself. But there is a whole lot more that goes into producing a book than just showing up with a manuscript and then telling people about it. I don’t want to do any of the rest of that stuff. That’s why publishers exist. That’s what publishers do. As it happens, when it comes to science fiction, Tor is as good as it gets, in every department. They are better at these things I don’t want to do than I am. I am delighted to partner with them and let them handle all that. I am clearly making enough money.

Three, if I want to self-publish something, I can, and have in the past. So, false dichotomy in any event.

You should probably thank people now.

You’re right! I should! At Tor, obviously, Patrick Nielsen Hayden and Tom Doherty, for being willing to work long-term with me on these books. My agent, Ethan Ellenberg, did some amazing work and earned his percentage and then some. At home Krissy and Athena have had to deal with me freaking out rather a bit over the last couple of weeks, and did so without hitting over the head with a shovel.

And also, clearly, I need to thank anyone who has ever bought a book of mine. They added up! You rock.

I have now run out of questions to ask.

← So, This is Happening
Memorial Day Sunset →