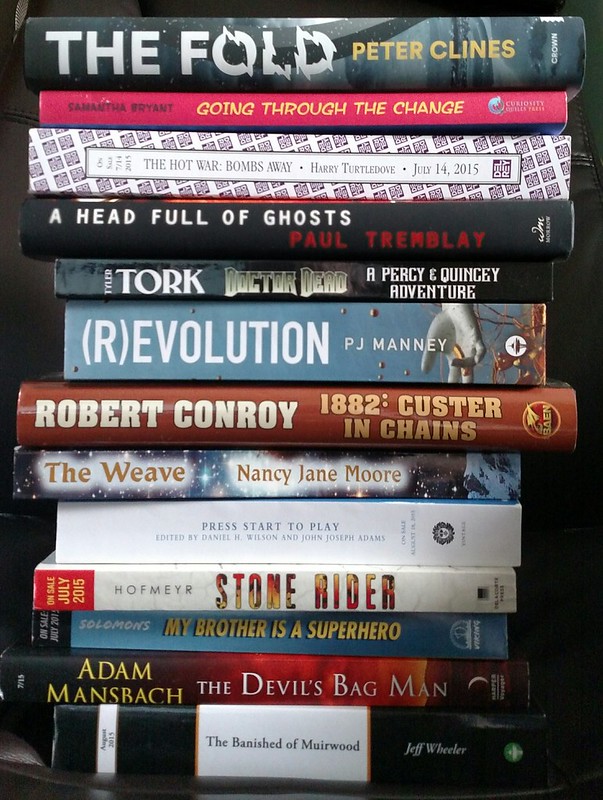 As we head into the weekend, there’s no better way to start the festivities than a nice ol’ stack of new books and ARCs that have arrived at the Scalzi Compound. There must be something in this stack that intrigues you — if there is, tell me about it in the comments!

This woman is mega hot. I am totally going to hit on her. pic.twitter.com/sMtnCBf4Ox

HOT WOMAN UPDATE: have given her my best line. She is strangely unconvinced. Tells me she is here with her husband. pic.twitter.com/210pSrpwRj

HOT WOMAN SURPRISE PLOT TWIST: I was her husband all along! pic.twitter.com/Sz7rRw6lnQ

I think this counts as one of the books for my deal. I’ll have to check. 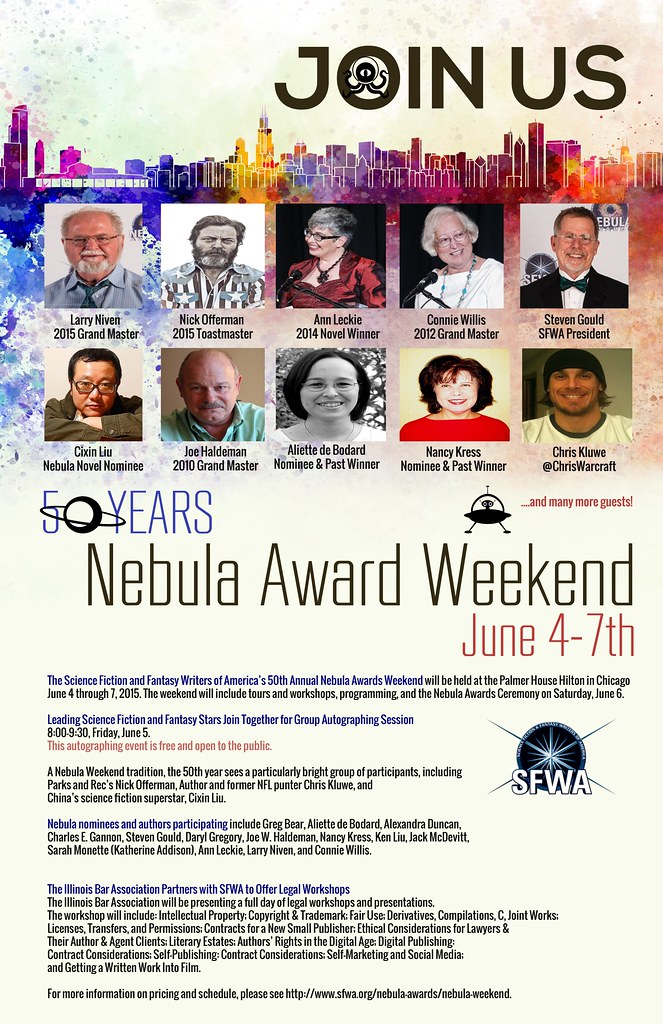 Hey, Chicagoland geeks and nerds and others: Next weekend SFWA is having its fabulous Nebula Weekend in your hometown, and the event is going to be packed with awesome people: Grand masters of science fiction, Nebula Award nominees, science fiction and fantasy writers of renown, and even a few special guests, including Nick Offerman, who will be hosting the Nebula Award ceremony itself. That plus panels on writing and the business thereof (including several legal workshops) and a massive signing session with some of your favorite SF/F writers. It’s going to be a heck of a fun time, and you should totally go.

If you’re interested, here’s where to find all the latest information. You won’t regret going! It’s going to be a great event. 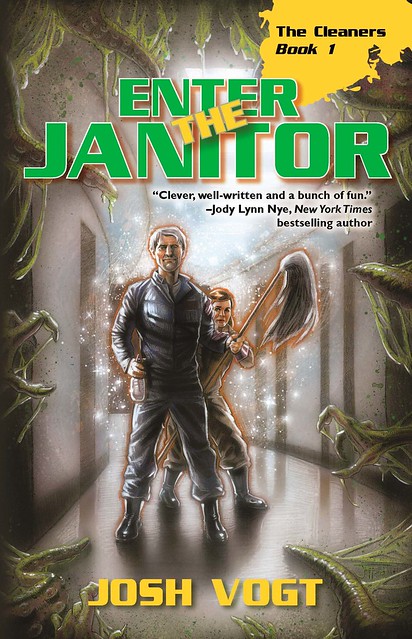 In today’s episode of The Big Idea, author Josh Vogt comes clean on his plan to integrate magic into the world in a useful and (usually) unobtrusive way, in his book Enter the Janitor.

One issue urban fantasy stories often deal with is: If magic is real in the modern world, how exactly have we not noticed this? Now, there many excuses (pardon me…rationales) as to why magic gets away with murder in today’s society. It could be anything from plain old human refusal to believe “the impossible” to supernatural beings protecting their own from discovery to realities where magic is entirely public knowledge, whatever the consequences of such.

In Enter the Janitor, the Big Idea was that magic is actually hiding in plain sight. It’s evolved alongside humanity and taken on quite a different role than it used to hold. Rather than a religious function or mystic mumbo-jumbo, magic could be connected to our history of sanitation and hygiene. Think about how many little health rituals we practice every day; at the same time, keeping things clean is often done on auto-pilot, meaning we may miss very obvious clues that something supernatural might be in the works. How many commercials and ads treat cleaning tools and chemicals as literally magical implements? Animated soap bubbles…talking sponges…even the genie-like Mr. Clean.

Magic also could have become more of a corporate affair, staffed with janitors, plumbers, maids, and more who dedicate their lives to the craft, much like ancient wizards and mages and witches would’ve. Rather than saving the world from eldritch towers, they began to do so in plain sight, one clean window and one mopped floor at a time. They swapped out wands and staffs for squeegees and mops and spray bottles.

And they’re everywhere. They work throughout practically all city buildings, including government and educational institutes. We hire them to clean our homes. Sanitation workers are so ubiquitous, but how often do we really pay attention to them?

In early drafts, I tried to write the story with a much more serious tone, but it ended up lacking a vital energy. When I first started playing around with the idea of a supernatural sanitation company, I couldn’t stop laughing to myself at how absurd it seemed—and yet the characters were taking everything oh-so-seriously.

The more I thought about this, the more I realized I needed to revel in exploring this ridiculous version of reality. And that’s when both the characters and the world they inhabited came fully to life in my mind. Janitor closets could be mystic portals. Garbage dumps could be repositories of power. Sewers could be…well…still sewers, but with stranger creatures slithering through them.

Ben, the titular janitor, has reached the point in his career where retirement seems to be swiftly approaching, but it’s not exactly the sort of work he can retire from. And so he’s on what feels like one last job, even if it does require using his magical powers to clean toilets at the local mall. After all, he takes pride in his work and knows even one stall left un-scrubbed could mean an innocent life getting flushed.

In the end, I had so much fun writing this story because no matter where I looked, it was already embedded in modern life in bizarre ways. And so the Cleaners were born.

Or maybe they’ve been here all along.