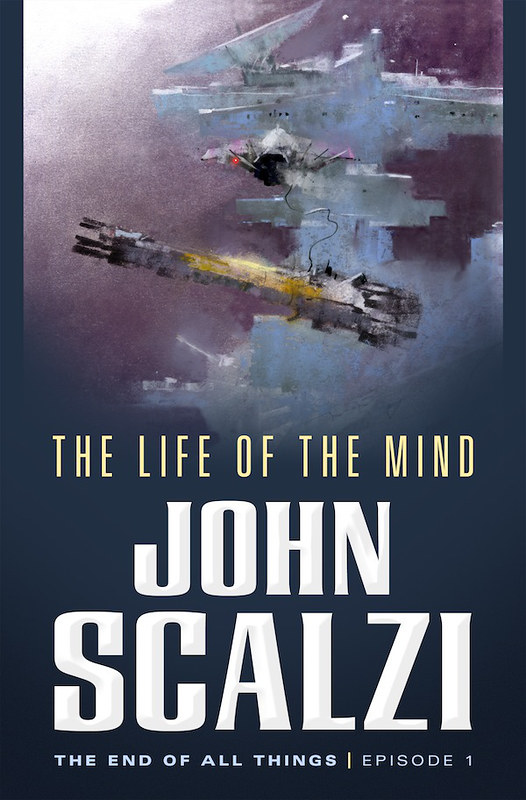 Today’s the day! “The Life of the Mind,” the first of four novella-length episodes of The End of All Things, the new novel in the Old Man’s War series, is now out in electronic form and available at your favorite electronic retailer.

Here’s the official synopsis of the episode: “A down-on-his-luck Colonial Union starship pilot finds himself pressed into serving a harsh master-in a mission against the CU. But his kidnappers may have underestimated his knowledge of the ship that they have, quite literally, bound him to piloting.”

Here’s an excerpt from the story. And if you’re in the US, here are some stores you’ll find it in: 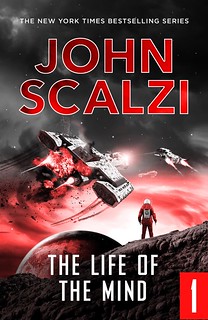 In the UK? It’s also out there, with different artwork courtesy of Tor UK (the text is the same), and should also be available at your favorite eBook stores. In the rest of the world, the novella should be available in either the US or UK version (or both!). If it’s not at one of your local eBook retailers, be patient; it should be on its way.

Now, with the commercial preliminaries out of the way, what’s up in this novella?

1. Remember the cliffhanger at the end of The Human Division? Yes? Well, I waste very little time resolving it in TLoTM. Because you all have been waiting two years to find out what happens next, and because I suspect if I kept stringing it out some of you might decide to murder me dead. I don’t want to be murdered dead. So: Answers!

2. I introduce you to a new character, starship pilot Rafe Daquin. He’s the main character of this episode and will play a significant role in subsequent episodes. I like him a lot — he’s someone who gets put in a near-impossible situation and has to find a way, not just to cope, but to plot against his captors. We get to spend a lot of time in Rafe’s head, figuratively speaking, so I wanted to be sure he was good company. I think I pulled it off.

3. Yes, you’ll see some of your favorites from The Human Division in the episode as well (briefly). Plus action and adventure and the occasional deep thought, i.e., all the stuff you like about the Old Man’s War universe.

4. And naturally, the events in this episode set the stage for the next, “This Hollow Union,” which will be released next week.

I’m super excited for this episode to be out in the world, and I can’t wait for all of you to read it. Enjoy, and more is coming!

60 thoughts on “The Life of the Mind, Episode One of The End of All Things: Out Now!”