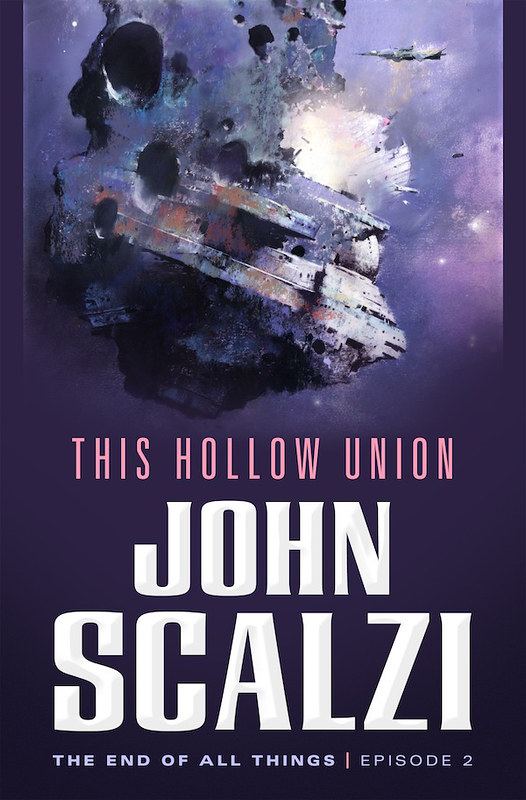 I’m off doing touristy things in London, but I would be remiss if I did not inform you that Episode 2 of The End of All Things, “This Hollow Union,” is out and available at your favorite ebook retailer. Here’s the official description:

“Desperate times call for desperate measures. And for the multi-species Conclave, desperate times have arrived. Faced with the prospect of major planets and species leaving the alliance, the Conclave’s leadership has just a few cards left to play…to unpredictable effect.”

Unofficially, I’ll just say that I think it has some of my best storytelling to date, with one of my favorite characters in all of the OMW universe, Hafte Sorvalh. so I hope you enjoy it.

I’m traveling so I’m not going to do all the linking to the various online eBook retailers it’s available from, but you know the drill — if you have a favorite ebook retailer, go look and it should be there. 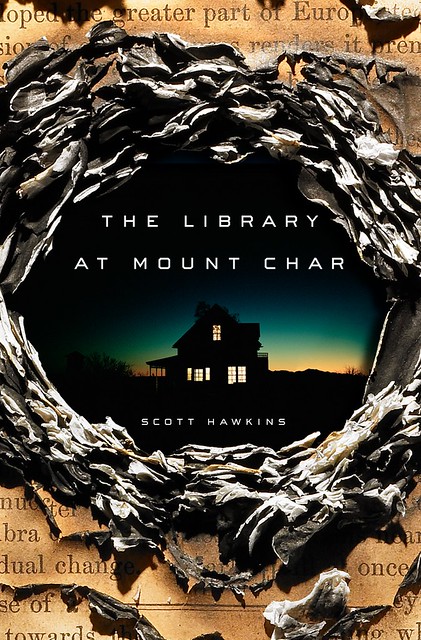 Can a library change your personality — and the things you can do? It depends on the person… and the library. Scott Hawkins has a very interesting one in The Library at Mount Char, and if you’re not careful, you may be a different person coming out than when you went in.

The magic library is one of the great devices of fantasy. Like bottle genies, a magic library empowers characters to do pretty much anything imaginable. After he became Sorcerer Supreme, Stephen Strange was finally able to pay off his medical school loans. Lev Grossman’s disaffected crew flew to the South Pole sans airline. Susannah Clarke’s Victorian wizards dispensed a good smiting to the French.

Magic libraries have another feature that makes them even better than genies, at least from a storytelling standpoint. Apprentice magicians are obliged to do at least some work if they hope to accomplish anything. Better still, the very act of studying magic changes people. If magicians aren’t careful in their studies—sometimes even if they are–they can be badly hurt.

In my debut novel, The Library at Mount Char, I thought it would be fun to throw a bunch of more or less normal people into a spectacularly dangerous magic library and see what happened. There are books on flying, yes, but there’s also stuff that makes the Necronomicon seem PG-13. They have a wise mentor—not ‘kindly,’ but wise–who shows them around the place and helps ensure they don’t make any of the classic mistakes. When the head librarian says “don’t read that book,” you don’t read it. There are consequences for disobedience.

Still, even with their access strictly controlled, these librarians learn some interesting stuff. One guy talks to animals. Another spends weekends commuting to the twenty-third millennium to go clubbing with friends. There’s a woman who keeps a spy army of ghost children, invisible to anyone but her.

Unless you’ve got the soul of a Peter Parker, just living in the vicinity of that kind of power would affect your personality.

For instance, imagine one of your buddies has, through diligent study, learned how to raise the dead. She’s the real deal. She doesn’t turn people into George Romero monsters or something from the Pet Sematary. No. Your buddy, who you get tacos with every Tuesday, has an actual cure for death. There are no major side effects to this cure—at worst, you get a slight headache when resurrected. Your friend is the only one who knows how to do this neat trick.

But lately she’s been kind of a bitch.

How would you handle that? Realistically? My thinking is that even if she’s no longer my absolute favorite person, I would still invite her to parties. At a minimum, I’d stay friends with her until my biopsy results came back.

And anyway it’s not really lying because she’s basically nice.

When she’s not being a bitch.

Along those same lines, what if the guy you room with has, through diligent study of his corner of the magic library, become the most dangerous person alive? He’s invulnerable-ish. Maybe he’s not quite at the Superman level, but he’s more than a match for, say, a battalion of infantry with artillery and air support. Your roommate is the absolute pinnacle of the Earthly food chain, and he just drank your last beer. Again.

Maybe when you first moved in together he was nice enough—or not. But over time, the knowledge that he’s completely immune to any sort of discipline has had an impact on his manners. He never vacuums. There are dishes in the sink. The last time he stole your beer you left him a polite note. He broke your arm. Your buddy who resurrects people fixed it—you got her a pint of Haagen-Dazs the last time you bought groceries, so she didn’t even keep you waiting for long–but it still smarted like a sonofagun.

Do you leave another note? Or just suck it up and go to bed?

Say that you yourself are a magic librarian who is diligent, humble, and not in charge of a dazzling section of the books. You study something mundane—cooking, maybe, or languages. Still, you’re in this environment. Would simply being exposed to that level of power change you? All of your buddies are getting drunk on it. Probably you’d be fine for a while, maybe even a long while. You’d stay humble. You’d go along to get along. But I bet that over time all of the little frustrations and insanities would pile up.

What if you decided you wanted out?

How would that even be possible? Even if you did escape after a lifetime in that environment, what would normal people seem like to you?

These are some of the questions I play with in The Library at Mount Char.