Can Long Endure, Episode Three of The End of All Things, is Out Now! 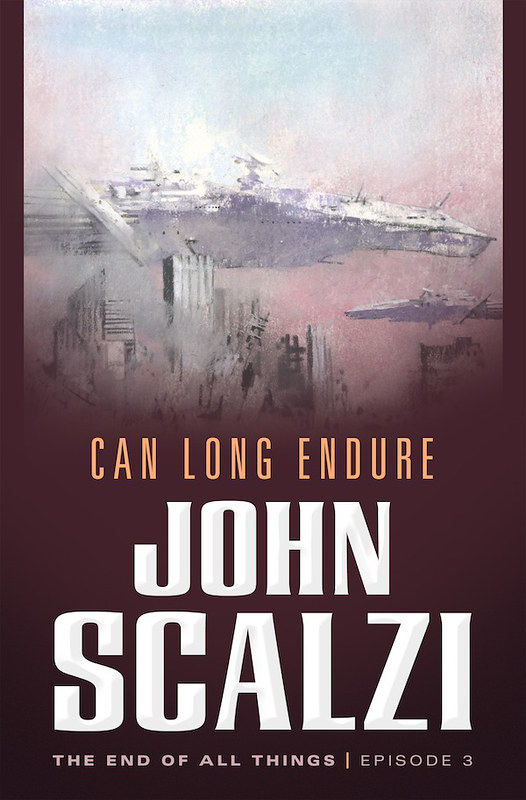 It’s Tuesday, and that means another episode of The End of All Things. “Can Long Endure” is now out and available from your favorite eBook retailer. Here’s the official description:

“They signed up to defend humans from hostile aliens, but this group of Colonial Union soldiers finds themselves, instead, repeatedly sent to squelch rebellious human colonies that want to leave the CU. It’s not a sustainable situation. Something has to give.”

Yup, that’s about right. Here’s an excerpt of the story for you. And for the US, here’s a stack of eBook retailers to get it from:

For those of you who like the military science fiction side of the Old Man’s War universe, this is your novella — it’s focused on a single squad and features lots of action, adventure and explosions in all their various forms. Plus, you know. Other stuff too.

It’s a good one. I hope you enjoy it!

32 Comments on “Can Long Endure, Episode Three of The End of All Things, is Out Now!”