To Stand or Fall, Episode Four of The End of All Things, is Out Now! 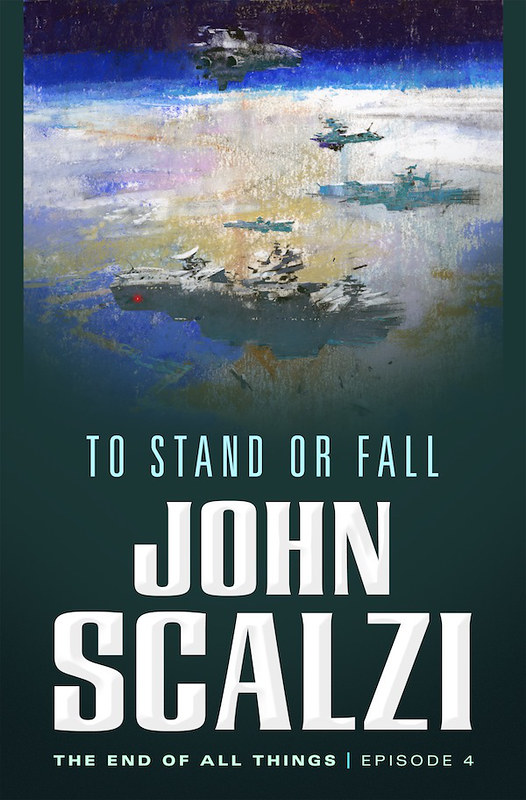 This is the end of The End of All Things — or more accurately, the final novella episode of the book. And just what happens in this one? Here’s the official synopsis:

“Back on Earth, the beginning and end of all things. The nations of humanity’s home planet have parted ways with the starfaring Colonial Union, the human interstellar empire originally established to keep the home planet free. The Union needs to regain Earth’s trust. The alien races of the Conclave have their own hard choices to face. All of these threads culminate in this, Part Four of the four parts of The End of All Things.”

It’s all so climactic! Here’s an excerpt, if you’d like a sneak preview. And here (for US folks) are some retailers where you can get the ebook:

Obviously I don’t want to spoil the events of this particular novella for anyone, but I will say I was very happy with how this one turned out, and that I think it goes in a slightly unexpected direction; I did a zag where I think people might assume I was going to a zig. We’ll see! But in the meantime, I think we put the Old Man’s Universe in an interesting spot for whatever happens next, whenever it happens.

41 Comments on “To Stand or Fall, Episode Four of The End of All Things, is Out Now!”