Also because I figure it might be fun and interesting to list them. So here they are, in order of my own personal opinion of my competency with them. 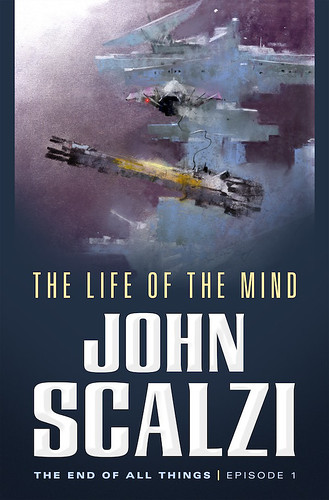 1. Writing. I mean, duh. You don’t do something professionally and profitably for a quarter of a century without being rather proficient at it. I think it can easily be argued whether my writing is any one person’s particular cup of tea, but that’s different from me being competent at this particular skill (I mean, if you want to argue I’m not a competent writer, go right ahead; I won’t stop you. I just won’t be able to hear you over the sound of me signing book contracts). Likewise, it’s easily arguable that other writers are better or more competent writers than I am. I don’t disagree. However, I’m more than competent enough, both for what I want to do as a writer, and for making money at it.

That said, it should also be obvious that I am better at some types of writing than others. The two types of writing that I think I’m most competent at are novel writing, and column writing. If there’s a type of writing at which I am the least competent, I’m pretty sure it’s poetry, which I’ve only occasionally attempted, and the results of which I found to be mediocre at best (the lone exception being The Sagan Diary, which I wrote as free verse but then formatted and edited into prose form. I like to joke that it’s stealth poetry, but I don’t know that the description is actually accurate).

Be that as it may, I write well, and I write profitably, which are not necessarily the same. Writing: It’s my thing.

2. Public Speaking. I do a lot of this, especially in the last several years, in which I’ve done a book tour yearly plus various conventions, book fairs and one-off events. I’m good at reading my own writing, of course, but I’m also pretty good at speaking off the cuff and for being entertaining in Q&As, panels, public interviews and so on. I don’t get nervous speaking in front of large crowds and in fact enjoy it quite a bit (it’s exhausting, but fun).

I think my facility for public speaking and public events has been a positive thing for my writing career. It’s also profitable, both in the sense it sells my books, and that I make money from speaking engagements. I expect it will continue to be a part of my overall creative career.

3. Editing. A skill separate from but related to writing, and I do think it’s a creative endeavor, actually, thanks for asking. It takes creativity to look at a mass of words and see not only what’s there, but also what the author intended to be there, and how you can help the author get from the first point to the second. I was a professional editor back in the 90s, working intensively with other writers, and have done it sporadically since then. Aside from helping me become a better writer myself (in no small part by helping me to see that not everything I write is pure gold right out of the box), I learned that I was pretty good at helping people shape their work, to make it say what they wanted it to say. It’s not a skill I use very often these days, but it’s one I know I have and that I’m pretty good at, and one I could make money from. 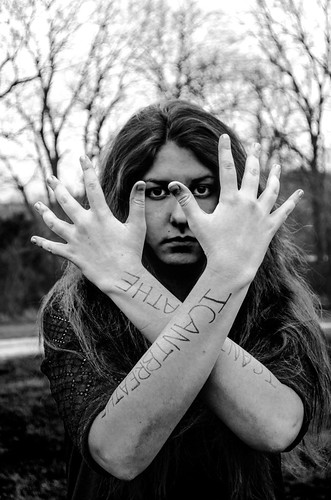 4. Photography. I take a lot of pictures, and for an amateur I think I’m pretty good at it. I have a reasonably good eye for composition, and I’m competent enough on the photographic back end to get the mood and feel I want out of any particular picture I’m working with (well, that’s not entirely true; there are pictures no amount of tweaking will fix. But then, those stay in my archive, rather than being put out where other people can see them).

I’m not as good a photographer as any competent professional photographer is, but I believe that if made a concerted effort (and picked up some good equipment), and had a few years to focus on it, I could over time become as good as at least some pro photographers. This is one creative field where I have never worked professionally where I think I could work professionally, if I had time and resources.

Alas, the chance I will ever have the time to really focus on photography is rather slim. That’s fine. There are enough professional photographers, and I’m good enough as an amateur for what I want to do with my own photos.

5. Singing. I can carry a tune and I don’t embarrass myself in karaoke. If I’m singing in my natural range (I’m a baritone) I can occasionally surprise people with the not-suckitude of my voice.

So, I can acquit myself, but I’m not a pro-level singer, and if I wanted to be I would have to spend more than a little time learning breath control and actual performance techniques. I want to be a better singer than I am, but I don’t expect to get much better at it than I am now. I have fun singing in my car, though.

6. Dancing. I used to be a very good dancer; I took two years of it in high school, and I was never self-conscious about being on a dance floor. I’m fond of saying I’m one of the few straight white men who can dance while completely sober (I don’t think it’s true, really, but it’s amusing to say). These days if I do any serious amount of dancing, I pay for it the next day, which is more about my general flabosity than anything else. With all that given, at no point would I have said that I was a good enough dancer to do it professionally; that would be, uh, a little much. I’m good enough to have fun and to dance with my wife and friends, and that’s all I want from dancing.

7. Acting. This is different from public speaking, since with public speaking I’m being me, whereas with acting I’m trying to be someone else. I am a passably adequate actor, which is to say that if you saw me on Broadway you’d say I was terrible, but if you saw me at your local community theater you might say I was pretty good. I have reasonably good acting instincts in terms of playing characters, but mediocre ability in transferring those instincts into actual performance. I would have to put in a lot more work to be a better actor than I am. It seems very unlikely at this point that this will ever happen.

8. Playing musical instruments. I love playing musical instruments; I’m not great at playing them. I’m most competent at playing drums, which I’ve been playing since high school. If you need a meat-and-potatoes rock drummer who can 4/4 all night long, I can do that for you (uh, after I get back up to speed, as I’m kind of rusty at this point). If you need a versatile jazz drummer who can handle 8/13 time without blinking, well, you should probably call someone else.  I also play ukulele and tenor guitar in a minimally competent way, in that I can strum decently enough and make chord figures that usually correspond to actual chord figures. I have no idea how to solo. If we were in a band, I would be the rhythm guitarist, and you would probably fire me as soon as someone better came along. Nor would I blame you for doing so.

One musical thing I’m actually not bad at: Sequencing musical samples to make compositions out of them. I used a bunch of (royalty free) samples some years back to make an entire album of electronic music, and it wasn’t terrible. I might do that again at some point. I won’t be giving up my day job, however.

I’m also a pretty good DJ, in the classic “play a bunch of songs in a row that people want to dance to” sense, not the modern “drop the bass on a bunch of ravers” sense. I DJ dances at science fiction conventions. I have fun with it.

9. Cooking. I can make grilled cheese, ramen, and schadenfreude pie. Anything else you probably want someone else cooking for you. I mean, I won’t poison you, or anything. No one has died from eating food I’ve made. But I don’t go out of my way to eat my own cooking, you know? Given the choice between making myself something to eat and ordering pizza, I’d pretty much always go for the pizza. I’m never going to be anything better than a “manages not to burn water”-level cook, and I’m just fine with that.

10. Drawing/painting/any non-photography visual art. Oh, man, I suck at these. I used to say that I could draw stick figures, but then Randall Munroe and xkcd came along, and I realized how much better his stick figure people were than mine. Now I know I’m not even competent to draw stick figures. Go to Hell, Randall Munroe! Go straight to Hell, damn you! Seriously, though, if I had to draw or paint to make a living, I would starve inside a week. There would be nothing left but bones.

That’s what I’m good at, creatively and artistically, and what I’m not.

It comes from this.

(For those of you seeing this in the future, after the subtitle has changed, at the time of this writing, the subtitle was “I still dream of Orgonon.”)